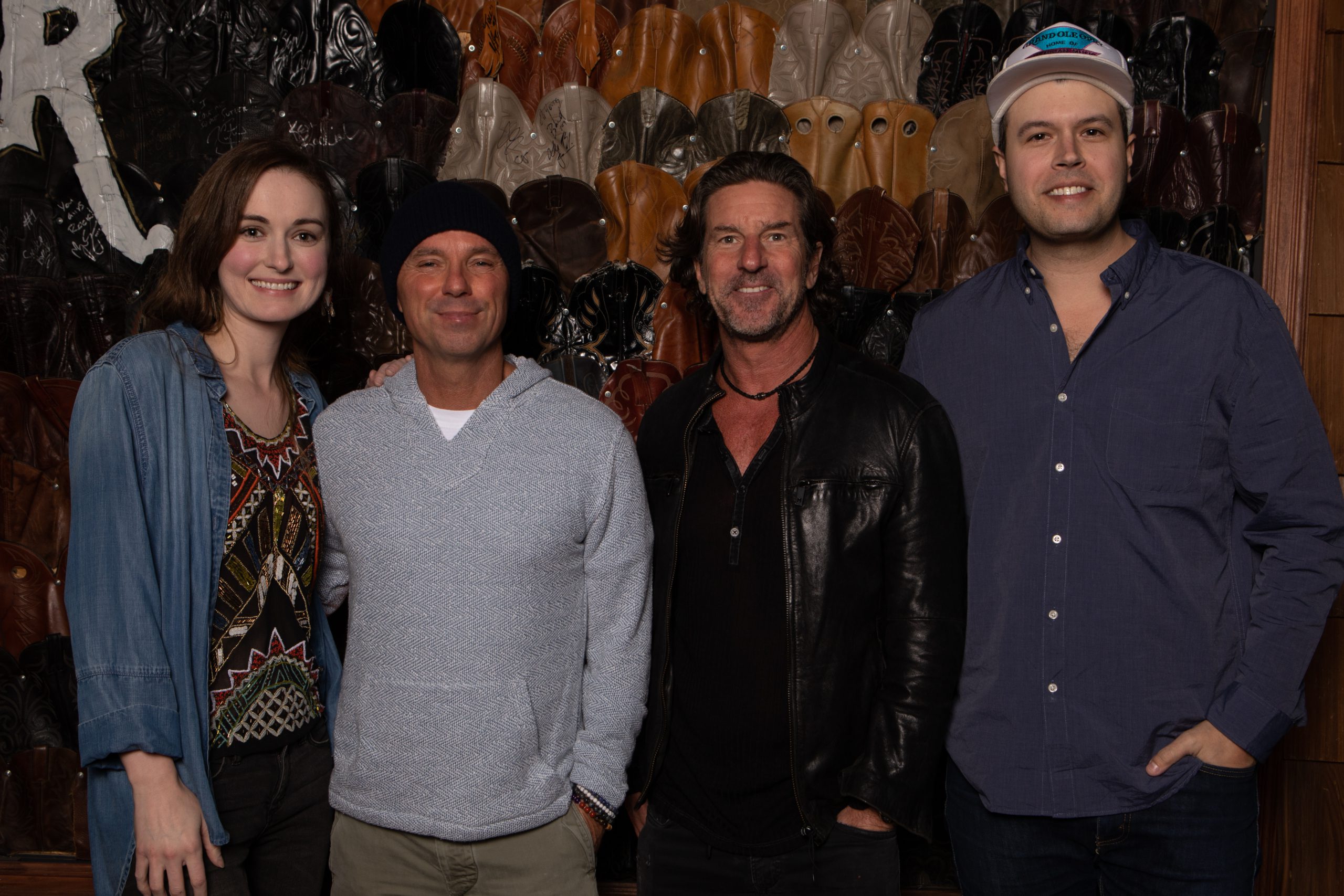 “Nobody’s done country music better than Kenny Chesney. Period,” said hit songwriter and publisher Brett James. That was the sentiment as the industry gathered to celebrate the country music titan’s 34th No. 1 song, the wistful “Knowing You.”

The tune was co-written by newly inducted Nashville Songwriters Hall of Famer Brett James, along with Kat Higgins and Adam James. It was Brett’s 26th No. 1 country hit, and Kat and Adam’s first.

BMI’s Clay Bradley led the celebration. He promised that BMI would catch up on all the No. 1 parties that were missed due to the pandemic.

Representatives from Warner Chappell, BMG, Kobalt, and 3 Ring Circus were on hand to gush about their songwriters. 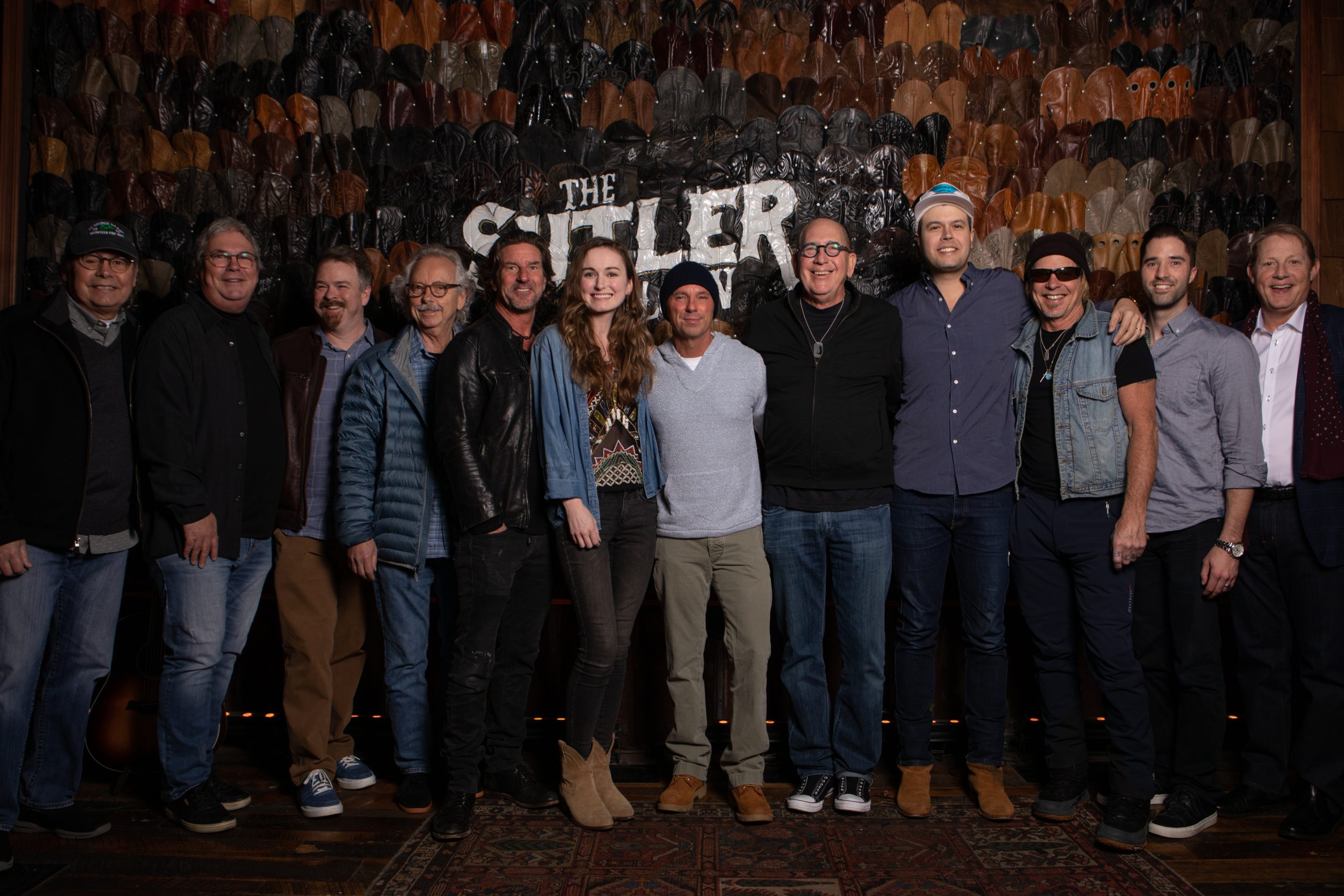 Warner Chappell’s Ben Vaughn spoke on Brett James, who has teamed with Kenny on many of his hits (“When The Sun Goes Down,” “You Save Me,” “Went Out Last Night”).

Ben was also the first of many to recognize the hard work of the Warner Music Nashville promotion team, calling out Kristen Williams and Shari Roth for their leadership in getting “Knowing You,” a country waltz, up the charts.

“From the minute this song was pitched, recorded, and discussed, there was nothing but love and belief for this song,” Ben said, before plugging the song for the ACM’s second-round ballot.

BMG’s Chris Oglesby, who Ben referred to as ‘the reverend,’ doted on Kat Higgins. “I met Kat Higgins a long time ago through the legendary Pat Higdon. Her songs blew me away. They were filled with heart, color, and life,” Chris said. “She approaches every day with wide-eyed wonder and excitement. I’m so proud to represent you.”

3 Ring Circus’ Jeffrey Steele and Casey Le’Vasseur spoke about Adam James. They both highlighted Adam’s originality and hard work, with Jeffrey saying his early tapes reminded him of songwriting great Roger Miller. Adam grasped his heart in shock at the compliment.

Warner Music Nashville head John Esposito brought the color to the celebration, as usual. He read off many of Kenny’s impressive stats, recognized his scrappy promo team, and talked about how happy he was to be with industry friends in person.

Espo highlighted that Kenny Chesney is the “people’s superstar,” as dubbed by the Los Angeles Times.

The label head remembered the late night phone conversation that led to Kenny’s joining Warner Music Nashville in 2018. “He said ‘I’m gonna be a Warner Brothers record artist,'” Espo recalled. After grabbing a bottle of wine to celebrate, Espo ended the call with, “Kenny F*cking Chesney is going to be a Warner Brothers artist!”

When it came time to hear from the songwriters, Kat Higgins stepped up to the mic first with her infectious energy.

“Kenny, thank you for being the people’s superstar,” Kat said. “He cares about his fans, and them having that attachment with him, so he wants to deliver song after song for them….To have one in the many hits of yours is a dream for me.” 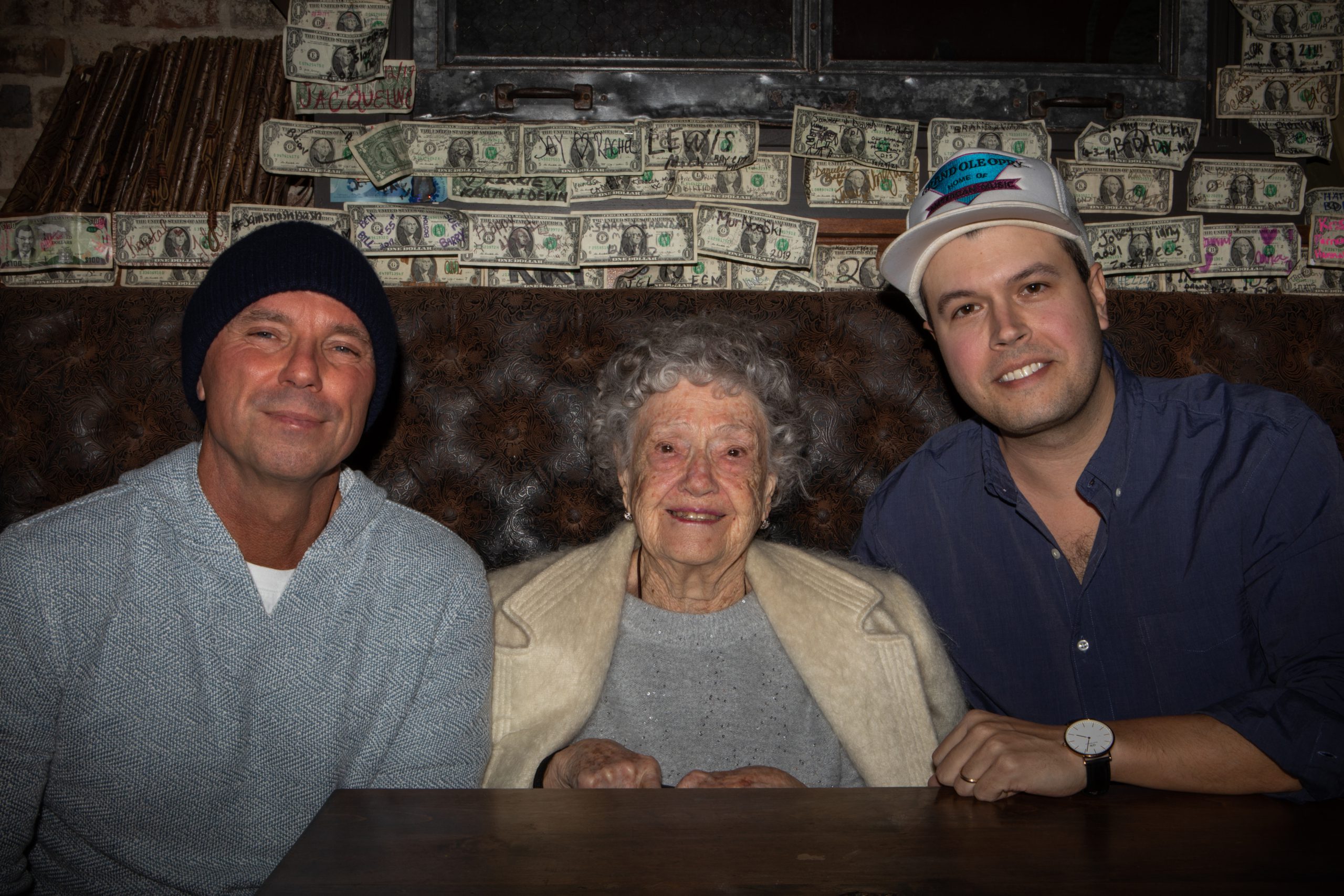 Adam James echoed Kat’s sentiment. He said that he had asked Kenny who his dream cut was when he moved to town, to which Kenny responded as George Strait.

“I still haven’t gotten it,” Kenny yelled up to the stage, to which Adam responded “I got some ideas if you want to get together.”

“You don’t need me to tell you this, but that’s who you are for so many people,” Adam said. “Kenny Chesney is it.”

“Kenny has meant so much to me as a friend and as a partner. He’s meant the world to my career,” Brett said. He also recognized Kenny’s team, saying “You can’t find anybody that has anything bad to say about you or your organization.”

When it was time for the man of the hour to speak, he emerged from his place in the crowd. The humble star had been beaming up at the songwriters and executives for the majority of the celebration, letting them have their moment.

Kenny remembered his first No. 1 record, and commented on how excited he was for Kat and Adam. “I know how hard that is. I know the path you have to cut to get to sit up here. I’m so proud of you both,” he said.

“You don’t hear these kinds of songs, or I haven’t in a while. It was so simple and so real. So beautiful and melodic,” Kenny said. “The first time I heard it, there was a lot of people that came up for me: some had passed, some were not in my life anymore. That’s the genius of the song, it’s not very specific on either/or. I felt like a lot of people would really relate to if if I did in both of those ways.”

After thanking his expansive team, the country giant summed: “I’m so thankful that I get to be the person who gets to get up on stage for the rest of his life and sing this kind of song…Thank you for being here.”