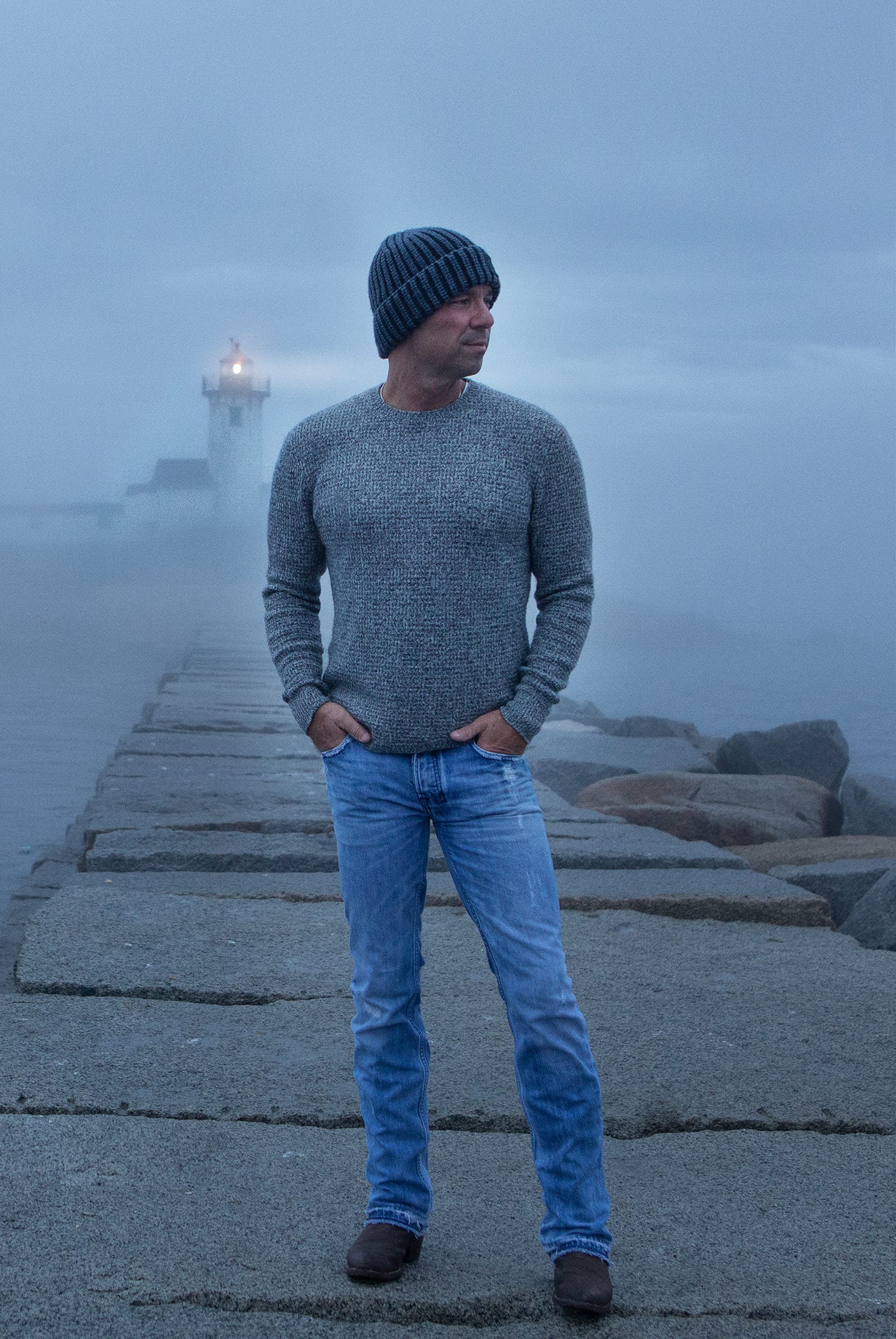 In the music video for his new single “Knowing You,” released today (March 12), Kenny Chesney shows the warm and happy moments of love, and the cold and gloomy feelings of loss.

The video shows Chesney on a sailboat in the tropics cozied up to a love interest half the time, and then flashes back to scenes of him bundled up on a cold and rainy boat, trying to get over her.

The grey, colder scenes were shot in Gloucester, Massachusetts on a fishing boat with Chesney’s actual captains, who he affectionally refers to as Boat Captain Marty and Boat Captain Ben. The other half was filmed in sunny St. Croix, with his friend Monica playing his love interest.

Chesney worked with award-winning director and longtime creative co-conspirator Shaun Silva on the video. “I haven’t done a video like this in a while, where it was this big of a production,” he said in a recent Zoom hang.

“Knowing You” is the third single from his ninth No. 1 album on the all-genre Billboard 200 albums chart, Here And Now. It was written by Brett James, Adam James and Kat Higgins.

“Brett James was one of the songwriters on this song,” Chesney said. “The moment that he played ‘Knowing You,’ I went, ‘Oh, thank you.’ I get to record this kind of song, I get to have it out on the radio. It just meant a lot to me. That’s why I wanted to make a really impactful, dramatic video for this song.”

The lyrics find Chesney reckoning with the loss of a vibrant love, singing “God, we were so alive / I was a kid on a carnival ride / Holdin’ my breath ’til the moment when you were gonna leave me too soon / ‘Cause damn, it was good knowin’ you”

“Not everything is meant to last…You don’t think about that when it’s perfect,” says Chesney in the voice over for the video. “And when it’s over, there’s a huge hole, but there’s also a pair of wings.”