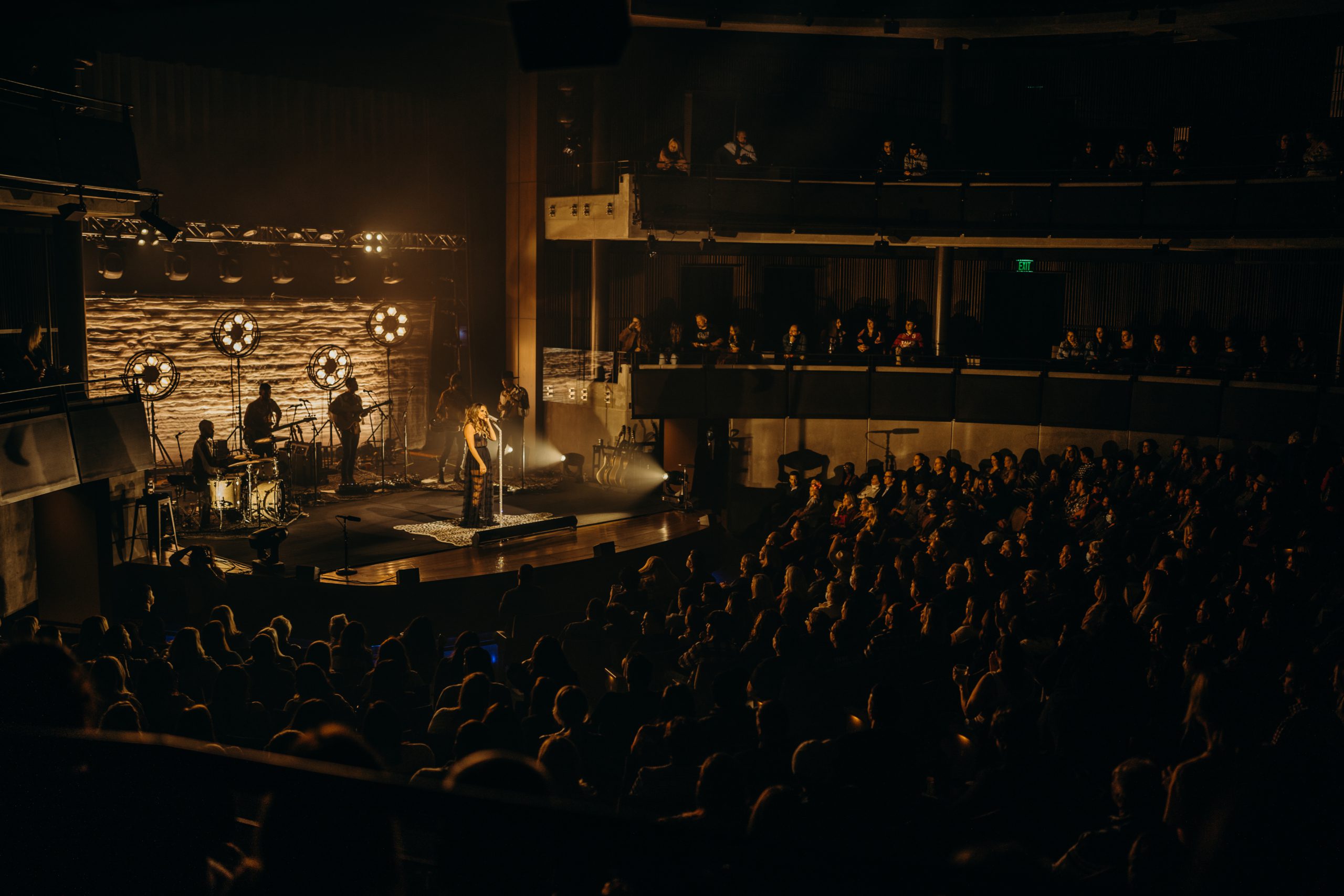 Pearce is wrapping up her first headlining tour tonight (Dec. 3) at The Castle Theatre in Bloomington, Illinois. She chose smaller theaters in more metropolitan markets like Chicago, New York City, and Washington, DC to tour her esteemed 2021 album, 29: Written in Stone. In a press release the now 31-year old said that after spending the last few summers on big tours, wondering if her songs were truly connecting to such big crowds, she decided to hone in on intimate venues for this tour. “To hear those voices coming back to me and faces with their own pain, that’s when you realize these songs matter,” she said.

But Pearce is gearing up to go really big in 2022, when she will join Kenny Chesney on his “Here And Now Stadium Tour.”

Sony Music Nashville’s Andrew Jannakos joined Pearce on select dates for the tour, including at the CMA Theater. He provided a smooth, low-key opening set for Pearce, impressing the audience with his romantic “Wine Country” and signature “Gone Too Soon,” as well as several other well-written new songs. 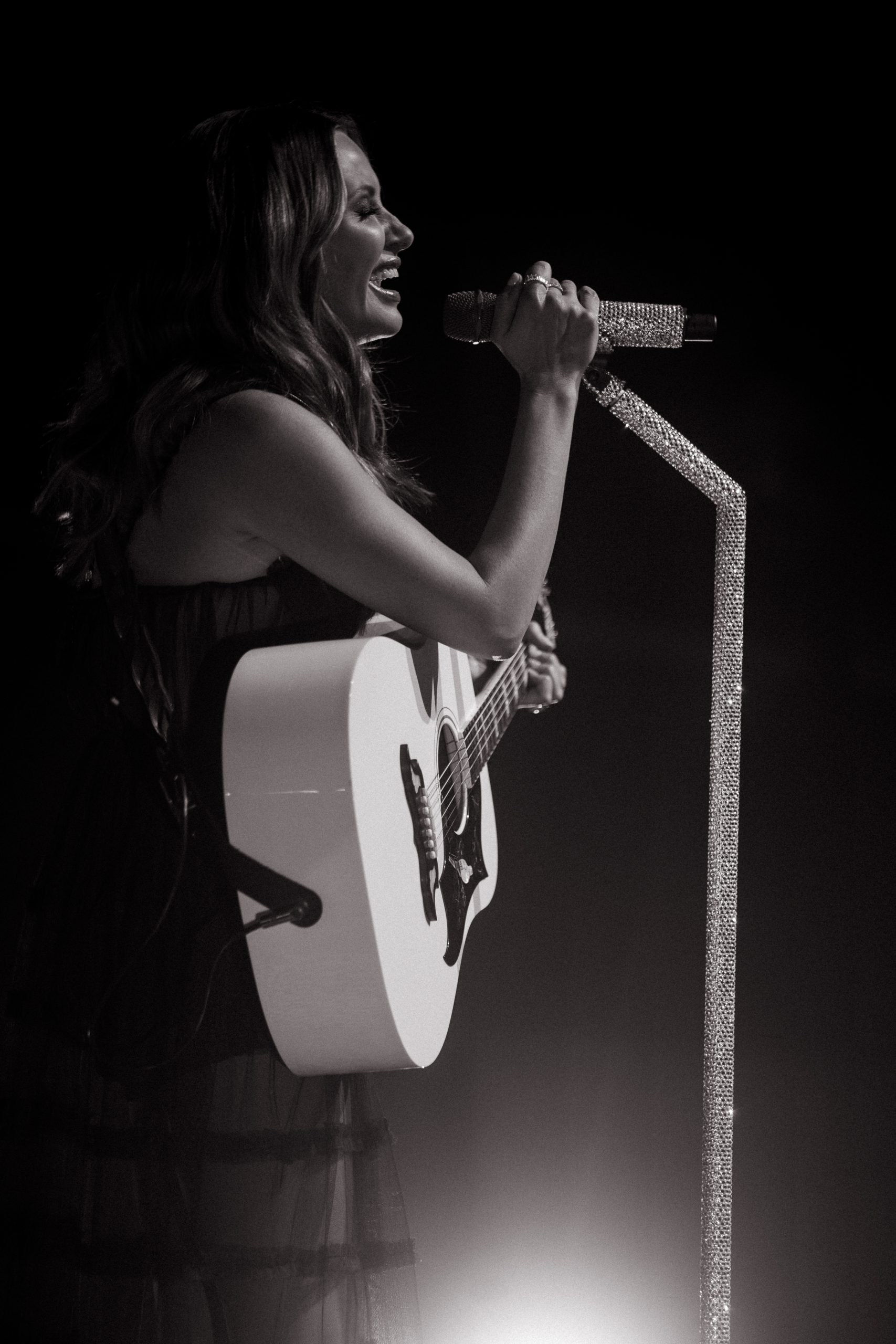 When it came time for Pearce’s soul-baring set, she held nothing back, guiding the captivated audience track by track through 29: Written in Stone. She played the album in order and noted how meticulous she was with its sequence.

Kicking things off on a sassy note, Pearce performed the charming “Diamondback.” Throughout the show Pearce displayed her growth from the painful divorce that inspired her album. At times, like when she’s singing about her worth on “Diamondback” or telling her ex off on “Liability,” she gives a wink to the crowd, knowing her fans have been there, done that. On other songs like “Day One” and “Messy,” she seems to evoke an advice-giving role to her fans, empowering them to get through the valley they may be in. Performance by performance Pearce shows why she’s one of the most exciting, charming and talented artists in the format.

The intimate crowd held onto every word Pearce said—and sang. They knew the harmonies, the background vocals, and even added their own commentary—which Pearce responded to throughout the night. They were thrilled to hear “Next Girl,” and showed the same love for “Messy” and “Should’ve Known Better.”

During her current single, “Never Wanted To Be That Girl,” Pearce played both roles of the wife and the other woman, a part usually sung by Ashley McBryde. “Just pretend I have dark curly hair and a big eagle tattoo,” Pearce quipped.

Pearce’s homegrown country vocals shined on “Dear Miss Loretta.” The Kentucky-native said that Loretta Lynn‘s “Blue Kentucky Girl” was the first song she learned on guitar, and that though she listened to Lynn her whole life, “some certain events in [her] life have made [Pearce] understand her songwriting a little better.”

Elsewhere in the setlist Pearce performed perhaps the most emotional song on the record: “Show Me Around,” a song inspired by the tragic death of her former producer, Busbee. Pearce revealed that the song title came from a speech given by songwriter Barry Dean at Busbee’s funeral. Dean said that he thought Busbee was looking at Heaven like he would look at Disneyland, searching for things to show his wife and daughters. During the pauses in Pearce’s performance it was so silent that you could hear sniffles arising from the seats.

At some point Pearce thanked her label president Scott Borchetta, who beamed up at her from his seat, for letting her make the transparent, vulnerable album she wanted to make.

Pearce’s show wasn’t the only event at the Country Music Hall of Fame Thursday night. The opening to Bill Anderson‘s new Hall of Fame exhibit took place earlier in the evening. Pearce even stopped by to celebrate Anderson before her show, lending her vocals to his iconic “Whiskey Lullaby.” When Anderson arose to give his remarks, he commented on Peace’s performance, saying “you don’t have to worry about the future of country music when there’s people like her.”