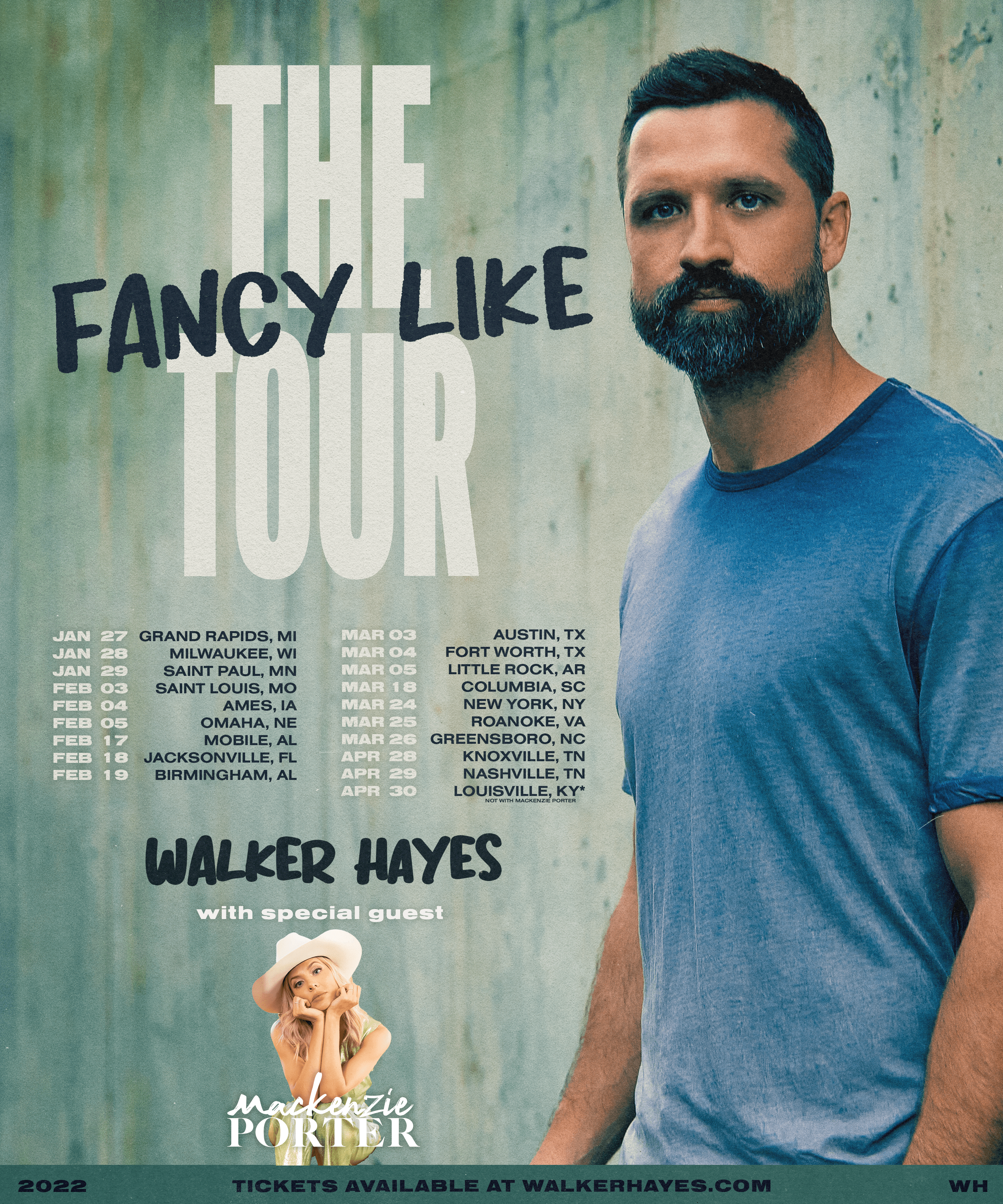 Monument recording artist Walker Hayes has announced “The Fancy Like Tour,” set to kick off in early 2022. With special guest Mackenzie Porter, Hayes will bring his show to nearly two dozen cities, beginning in Grand Rapids on Jan. 27.

For the first time since its release, Hayes will bring “Fancy Like” to stages across the country, as well as his extensive catalogue including the RIAA double Platinum-certified “You Broke Up With Me,” the loved “Don’t Let Her,” and fan-favorites “Craig,” “Country Stuff,” and “90s Country.”

The tour’s namesake made history when it jumped from No. 17 into the Top 10 at country radio earlier this year, making it the biggest jump into the Top 10 on the Mediabase country chart in 17 years.

“It has been so fun to watch everyone react to ‘Fancy Like,’ from Tik Tok, to country radio, to pop radio. I can’t wait to finally hit the road and play it live for the fans who have made it so big,” says Hayes. “After almost two years with no shows, it feels so good to get back up on stage and see you all in person.”

“Fancy Like” has been atop every country streaming and sales chart since its release in June. The track has spent a whopping sixteen weeks at the No. 1 spot on Billboard‘s Hot Country Songs, while also being among the Top 5 on Billboard’s Hot 100 Songs, Top 5 at country radio, and Top 5 at pop radio.