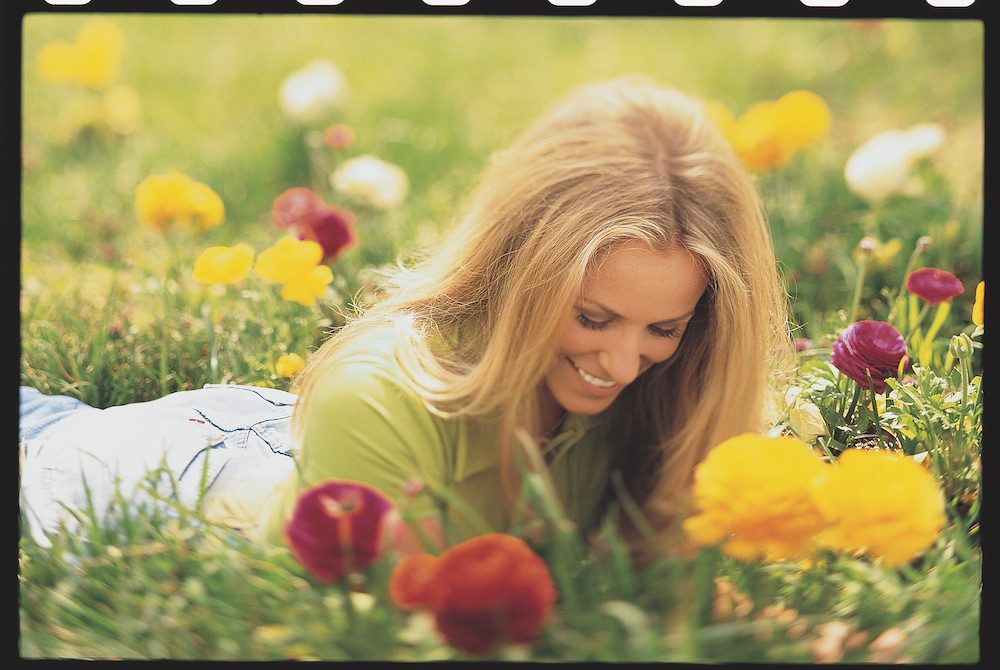 Beloved entertainer Deana Carter is commemorating the 25th anniversary of her 5x Platinum debut album Did I Shave My Legs for This?, containing country No. 1s “We Danced Anyway,” “How Do I Get There,” and her titanic “Strawberry Wine.”

To celebrate, Carter released 25th anniversary edition of the album, which included unreleased tracks and a version of “Strawberry Wine” with Ashley McBryde, Lauren Alaina, Martina McBride, Kylie Morgan, and Vince Gill. A new version of the title track is also included with guest vocals from McBryde, Gill, Sara Evans and Terri Clark.

Carter is also headlining the Ryman tonight (Nov. 18) for the very first time to celebrate the release. Special guests Charles Esten, Breland and more are set to appear.

In an interview with MusicRow, Carter spoke about the staying power of her debut album, ’90s country, and her Ryman show tonight.

MusicRow: You and Lainey Wilson were a smash as presenters at the CMA Awards last week, even getting the whole audience to sing “Strawberry Wine” along with you. How fun was that?

I was absolutely blown away by the whole arena singing “Strawberry Wine” with us, all of the artists singing & being so supportive…and the standing ovation just blew me away! The writer for the show, David Wild, told me the CMA’s have never had a standing ovation during a presenter spot. What an unforgettable moment!

I will never be able to thank Robert Deaton enough for giving me the opportunity to have another iconic CMA moment with my new best friend Laney Wilson. When we were rehearsing on Tuesday night, we realized we have family in Louisiana in the same area. It was so great spending time with her and I think that authentic connection made our few minutes presenting the award to Chris Stapleton for Single of the Year really special.

You welcomed a slew of guest artists on the re-release of Did I Shave My Legs for This? What did these voices bring to the project?

It was really important to me to have guest artists on this 25th anniversary re-release and to have ones that I connected with at some point or another. I have written with Lauren Alaina and she and Ashley McBryde did a special appearance at the ACM Honors show, so that was a great segue to have them join me again. Martina McBride came out a little before me and I always looked up to her. I have also written with her in the past…so I really wanted her to be a part of it.

Terri Clark and Sara Evans and I have worked together over the years and I truly love their unique artistry and senses of humor, so they had to be with me on Shave.

Kylie Morgan is a new artist with such a distinct voice that really stands out, so that was important to include a brand new unique artist in the mix.

And having Vince Gill play guitar on the new collab tracks meant everything to me because he supported the Shave album when it came out in 1996 by stopping by my in-store at Tower Records on West End and had so many great things to say about me as a new artist from the very beginning. That was a HUGE deal in the community embracing my record, I believe. Also, I lost my daddy in 2010 (Fred Carter, Jr.) who was one the amazing A-team Nashville guys on the Row, so I just had to have Vince featured in his absence. That was super special to me.

What songs were you most excited to re-release with this project?

I am so excited for the world to hear our new versions of “Strawberry Wine” and “Did I Shave My Legs For This?” with the collaborations. I so hope that radio will play the new versions so the other artists get their moment in the spotlight on these songs. They are just so special.

Some Spotify data recently came out that showed a resurgence of popularity of ’90s country with Gen-Z. “Strawberry Wine” was one of the most-discovered ’90s country songs in the U.S. in the past 3 months. Why do you think that song has been so evergreen?

Thanks to outlets like Spotify and recurrent radio airplay, artists have had the good fortune of being heard through changes in the marketplace. That is not lost on me and I am very grateful to have one of the most recurrently played albums in the genre.

I also believe that the truth in the songs, “Strawberry Wine” in particular, strike such a chord with people is because it either takes them back to a place and time if they’re older, or it connects them to a place and time, like their parents, or good memories, or their friends and family if they’re younger. That song has grown to mean more to more people because it speaks truth about the sweetness of youth and that even when life doesn’t pan out like you thought, it is still okay to hope that it will always pan out for the best.

I will never tire of singing that song and loving all of the fans in groups singing it together, whether families or friends or couples or kids or grandparents or whatever.

You’re headlining the Ryman tonight for the first time ever. How does it feel to get to do that?

I am so excited to be doing my first headline show at the Ryman! Being a Nashville native and a ‘Row kid’, I truly treasure the historical and cultural significance of that beautiful place. I have definitely sung at the Ryman, but never had my own show there. Having Charles Esten, Breland, and some other special guests is going to be even sweeter.