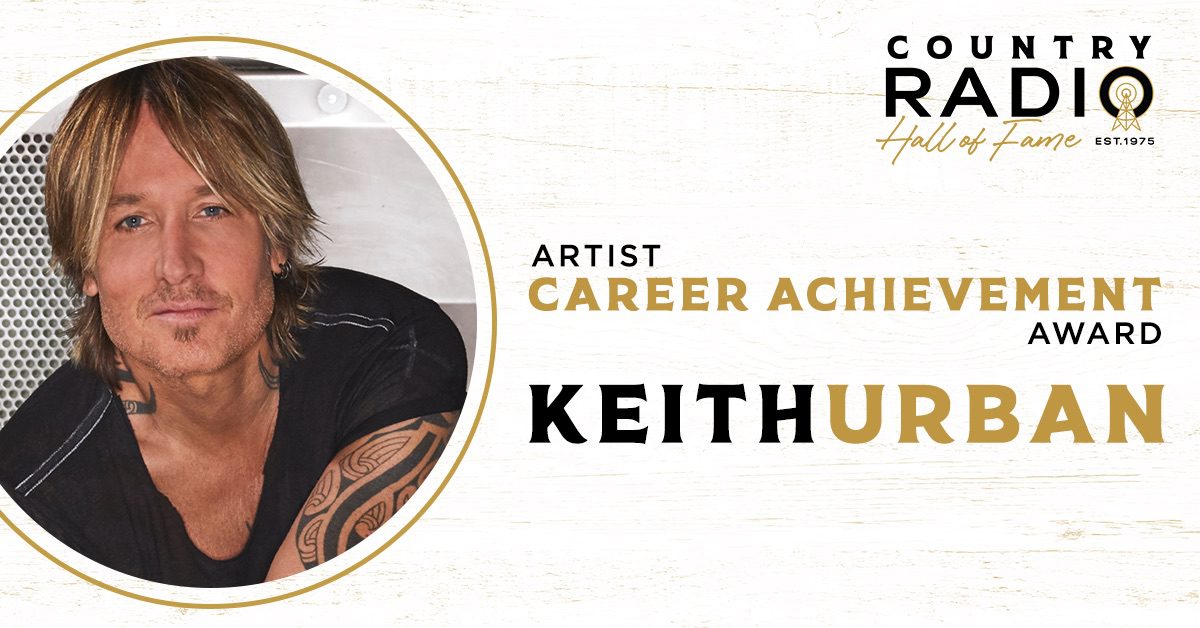 The CRB Artist Career Achievement Award is presented to an individual artist or act that has made a significant contribution to the development and promotion of country music and country radio through their creativity, vision, performance or leadership. Previous recipients include Rascal Flatts, Steve Wariner, Martina McBride, Randy Travis, Vince Gill, Brooks & Dunn, Charlie Daniels, Dolly Parton, Reba, and more.

Urban has won four Grammy Awards, thirteen CMAs, fifteen ACMs, three AMAs, two People’s Choice Awards, and celebrated nine consecutive Gold, Platinum, or multi-Platinum albums. He has garnered 24 No. 1 songs, 43 Top 10 singles in the U.S., 27 No. 1s in Canada, and numerous other chart-topping placements in Australia, the U.K., and other countries worldwide.

He has supported numerous charities, making him a beloved figure among many philanthropic communities. He is the first Ambassador of the CMA Foundation, an advisory board member at the St. Jude’s Children’s Hospital, and a longtime supporter of The Mr. Holland’s Opus Fund and The Grammy Foundation.

CRB/CRS Board President Kurt Johnson says, “Only a very select group of artists ascends to the level of this award. They do it by combining years of uncompromised brilliant performance with sustained success. As Keith continues to reach new creative heights every year, let’s pause to celebrate him. Be there Oct. 13 when we recognize him for all he has achieved… so far. It will be an unforgettable moment.”

As previously announced, the Class of 2021 Country Radio Hall of Fame inductees will also be honored at the event and include Bob Call, RJ Curtis, Bill Hagy, Norm Schrutt, Heather Froglear, Buzz Jackson, Bob Pickett, and Angie Ward. This year’s CRB President’s Award recipient, Beverlee Brannigan, will also be recognized at the event.

Due to the ongoing COVID-19 pandemic, CRB, Inc and its Board of Directors are requiring anyone attending the Country Radio Hall of Fame ceremony to provide proof of COVID-19 vaccination or a negative COVID test result completed within 48-hours of the event.

Individual tickets and tables are now available for the ceremony. For tables and sponsorship opportunities, contact Ashley Bourque.