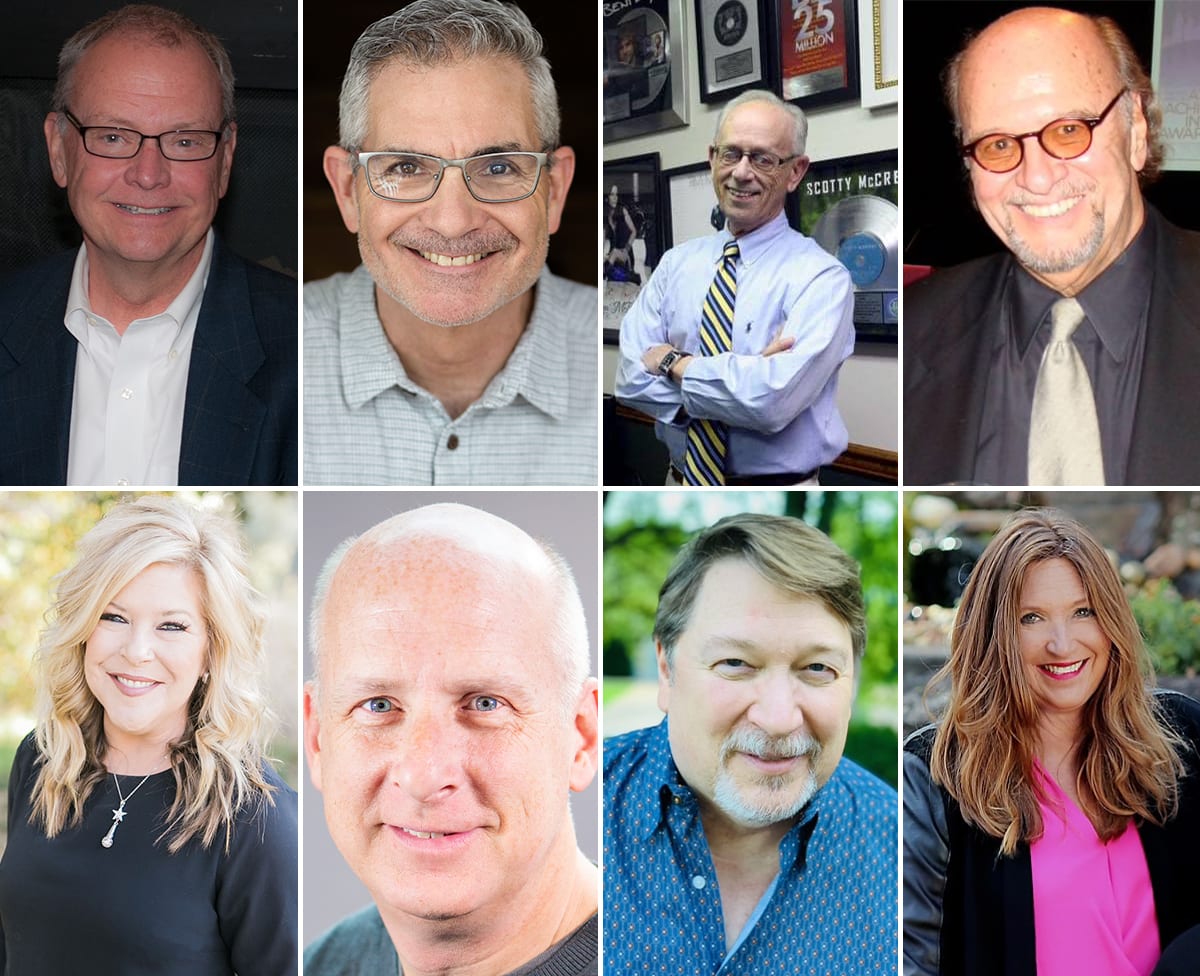 The Country Radio Hall of Fame recognizes those individuals who have made significant contributions to the radio industry over a 20-year period, 15 of which must be in the country format.

“Country Radio should be extremely proud of this year’s 2021 Hall of Fame Inductees. They represent the best of the best from a large group of excellent nominees,” says CRB’s Country Radio Hall of Fame Committee Chairman, Joel Raab.

The Country Radio Hall of Fame Induction and Dinner will be held in person on Oct. 13, 2021, at the Westin Nashville. Exact times and ticket information will be released closer to the event. Tickets go on sale on Sept. 8.

Bob Call has been directly involved in the country music format as an air personality, Program Director, or Market Manager for 44 years, the last 41 at KYGO/Denver. Call was the first-ever Program Director at KYGO, signing on the station in 1980. He was elevated to Operations Manager in 1987 and has served as KYGO’s GM/Market Manager since 1989, leading the station to local ratings and revenue success, while establishing KYGO as a highly-respected national country radio brand. He is responsible for establishing successful careers for generations of artists and exposing listeners to their music. KYGO has earned numerous industry honors during Call’s tenure, including CMA and Marconi Station of the Year honors, plus individual awards for its personalities and Program Directors.

RJ Curtis is a 41-year country radio/Music Row executive whose career has impacted nearly every aspect of the format. His resume features 30 years in major market radio (Los Angeles, Phoenix, San Antonio), where he served as Program Director, Operations Manager, Music Director, and on-air talent for iconic radio brands such as KNIX/Phoenix, KCYY/San Antonio and KZLA/Los Angeles, as well as the nationally syndicated “After Midnite” show. Curtis later spent 13 years providing insight, analysis, and commentary on the country music industry while writing and reporting for Radio & Records Magazine, Billboard, Country Aircheck, and All Access Music Group. His experience includes time in the record industry, too, with Arista Nashville, as Dir./Regional Promotion. A 20-year CRB Board member and the organization’s past President, VP, Secretary, and Treasurer, Curtis transitioned to his current role as CRB Executive Director in 2018. He has served on the Board of Directors of both ACM and CMA and has served on the St. Jude Children’s Hospital Radio Advisory Board since 2015.

Bill Hagy had already established himself as a successful radio programmer when he assumed Head of Programming responsibilities for Bristol Broadcasting Company in 1984. While anchored in Bristol, Tenn., Hagy took direct oversight of country outlet WXBQ, leading the station to decades of overwhelming ratings and revenue success, with audience listening shares consistently reaching north of the 20s, often making WXBQ the highest-rated radio station in America. During his career, Hagy has been instrumental in launching the careers of artists like Kenny Chesney, Brad Paisley, Montgomery Gentry, and many others, while maintaining WXBQ’s dominance and influence in the promotion of live and local music in the Tri-Cities. Even in retirement, Hagy continues to serve as a programming consultant for Bristol Broadcasting Company, where his influence continues to lead WXBQ to market success and national prominence.

Norm Schrutt joined Capital Cities in 1963 as WKBW/Buffalo Account Executive. In 1971, Schrutt was named LSM and was elevated to GSM in 1974 before taking the VP/GM role in 1977. In 1980, Capital Cities sent Schrutt to manage the company’s two Los Angeles-based radio stations – including KZLA, which he flipped from AC to country, making it the first FM country station in the market. The following year, he was transferred to Atlanta to manage the company’s new purchase of WKHX-AM/FM and WYAY. Schrutt also oversaw KSCS/Dallas, where he hired Country Radio Hall of Famer Terry Dorsey for mornings. Schrutt was named to his final post in 1987 due to restructuring following the acquisition of the American Broadcasting Companies by Capital Cities, Inc. He retired from radio in 1996 as Capital Cities/ABC Pres./Owned Radio Stations, where his corporate responsibilities included supervision of the company’s stations in Chicago, Washington, Dallas, Atlanta, and Minneapolis. He served on the board of the CMA, Georgia Association of Broadcasters, Atlanta Radio Association, and the All Radio Negotiating Committee. He was inducted into the Broadcasters Hall of Fame of Western New York in 2006. Schrutt passed away in 2020 and will enter the Country Radio Hall of Fame posthumously.

Heather Froglear has been an important member of the KFRG/Riverside on-air and programming team since 1993, currently serving as APD/MD/West Coast Talent, co-hosting a nationally syndicated afternoon show for Audacy. Froglear began her career at KFRG, doubling as Dir./Promotions and middays, eventually co-hosting morning drive and segueing to a programming role as KFRG MD, rising to APD in 2019. She has received multiple Best Radio Personality honors in the Riverside-San Bernardino market, while staying active in her community, serving on the Loma Linda University Children’s Hospital Board of Directors. Froglear has also been active in national industry events, as a four-time CRS Agenda Committee member, and is an architect of the popular and always well attended Woman’s Mentoring Breakfast.

Buzz Jackson is the longtime PD/afternoon personality for KIIM/Tucson, where he has enjoyed consistent ratings dominance, and garnered national industry recognition, winning ACM (2009) and CMA (2014) Broadcast Personality of the Year honors, in addition to CRS/Country Aircheck Awards for both PD and Air Personality of the Year. Jackson also hosts a nationally syndicated show for three dozen Westwood One Mainstream country affiliates. Prior to establishing himself as a Tucson radio staple, Jackson enjoyed programming and on-air success at WCFB/Orlando and WROO/Jacksonville.

Bob Pickett has been a member of the Texas Radio Hall of Fame since 2015 and a programming/on-air fixture in the Austin radio market since 1981 when he first arrived at KOKE. He joined crosstown KVET in 1984, then moved to country sister KASE in 1988. While at KASE, Pickett helped lead the station to four CMA Station of the Year trophies before transitioning back to KVET in 2011. As PD and MD for both over many years, he’s been honored with multiple CRS/Country Aircheck Large Market PD honors. Pickett began his radio career in Sweetwater, TX in 1977 at KXOX, and currently hosts the “Tales of the Broken Spoke” podcast.

Angie Ward is the APD/Midday personality for WUBL/Atlanta, where she moved in 2009, following success at WTQR/Greensboro, NC, where she served as MD/middays and morning drive. Her resume includes time at WNEU/High Point, NC, WSTH/Columbus, GA, and WMXA/Auburn, AL. In addition to her day-to-day duties in Atlanta, Ward voice tracks shows for ten iHeart Country sister stations, including WKKT/Charlotte, KVET/Austin, WFUS/Tampa, and WESC/Greenville, SC. Ward has earned multiple industry awards for both programming and air personality achievements, including 2000 CMA Large Market Personality of the Year. She has also volunteered her time with numerous local and national charitable organizations and received honors from the Susan G. Komen Foundation and the “Can Do” Media Award from the Second Harvest Food Bank of Northwest North Carolina.