In just a year, River House Artists/Columbia Nashville artist Jameson Rodgers has had his debut single “Some Girls” hit No. 1, embarked on his first headlining tour, released an EP (In It for the Money), sent another single to the Top 5 (“Cold Beer Calling My Name”), and, most recently, released his debut album Bet You’re From a Small Town.

When asked about the past year, Rodgers grins and quietly admits it’s been a crazy time. “The last two or thee years have been an absolute whirlwind. They call it a 10 year town, I’ve been here 11, so I hit it right on the head,” he says.

His debut album, Bet You’re From a Small Town, features fifteen songs produced by Chris Farren and Jake Mitchell. Rodgers, who co-wrote 14 of the album’s 15 tracks, really shows off his knack for writing a modern country hook on several songs throughout the project.

In addition to his Platinum-certified, No. 1 debut single “Some Girls,” and his current Top 5 hit “Cold Beer Calling My Name,” which features Luke Combs, Rodgers’ penmanship shines on the other 13 songs on Bet You’re From a Small Town.

This is most evident on “You Won’t,” a song co-written with Smith Ahnquist, Will Bundy and Lynn Hutton that lists all the things that come back around like old songs, bird dogs, football season and Jesus, but that his lost love won’t.

Another great song on Bet You’re From a Small Town is “Missing One,” which starts with Rodgers singing about missing an Eagles record from his collection and wraps up in the chorus with him missing a girl. Rodgers wrote it with Phelps and Ahnquist, who appear a lot on the record. 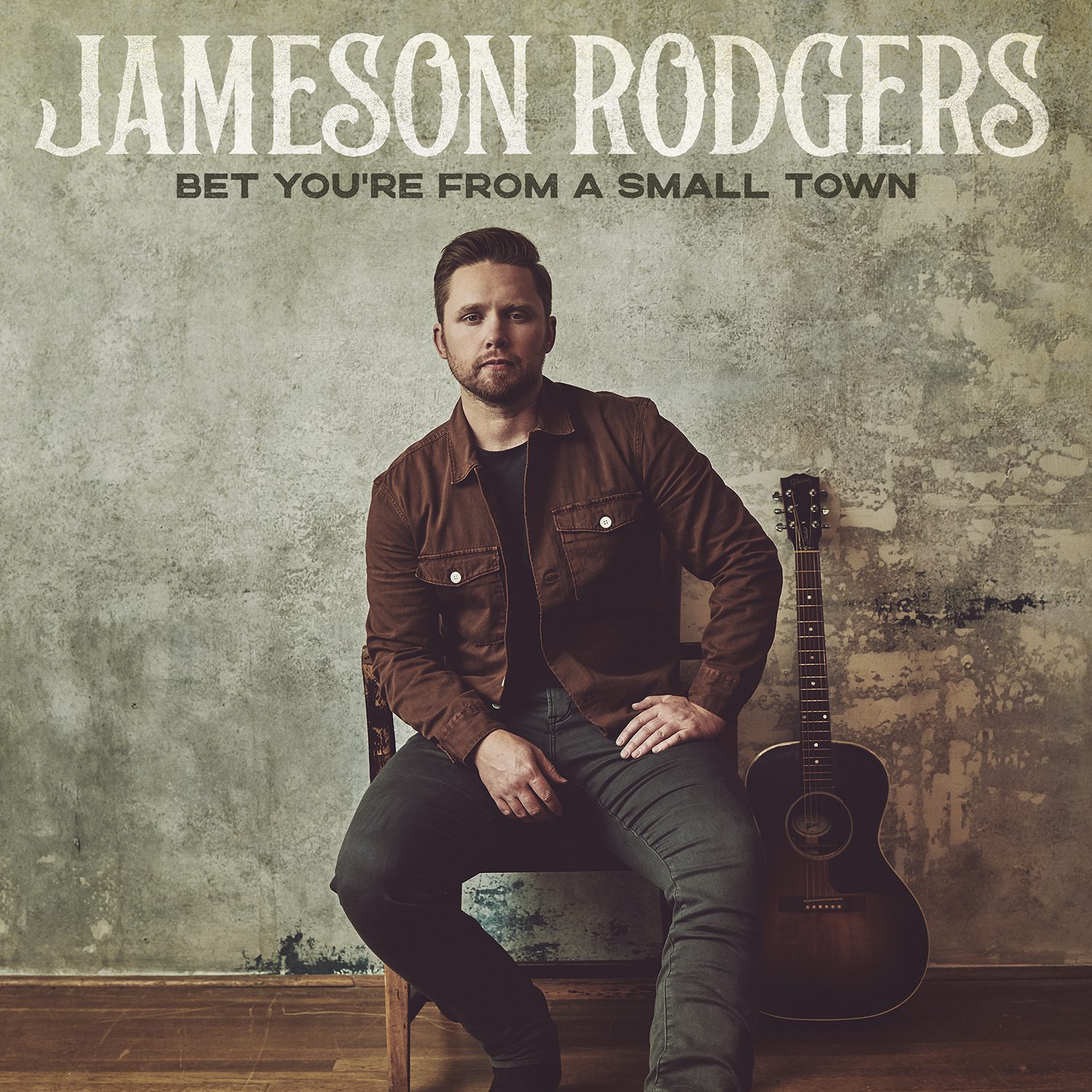 “This is probably the oldest song on the record,” Rodgers says. “We were sitting in the writing room that day. Smith had done a demo session and the engineer had sent him some songs back. He was going through them and he said, ‘Oh, I’m missing one.’ When he said that Hunter perked up and said, ‘We’re writing that today,’ but it took us four months to finish it for some reason. Most of them fall out in an hour or two, but we had to work for that one.”

The track “Merle Haggard” not only pays homage to one of Rodgers’ heroes, but features the singer tapping into Haggard’s mastery of heartache tunes. Rodgers sings, “You’re the leaving in the story, you were good but no good for me / Mama tried to warn me you’d break my heart in two, Merle Haggard woulda wrote songs about you.”

Another tear-jerker is “Good Dogs,” a heart-wrenching tribute that captures the misery of losing a dog.

“That song was born on a writing retreat. I wrote it with Hunter Phelps, Brent Anderson and Jake Mitchell. Hunter had just gotten a dog and came in with that title,” Rodgers says. “It was one of those where we had to keep walking out of the room to go cry in private thinking about dogs. It’s hard to write those songs, dogs are family members that don’t get to stick around as long as they should.”

On top of more gems on the project, like “Girls That Smoke,” “Bars Back Home” and the title track “Bet You’re from a Small Town,” Rodgers’ shows off the shine of his 11-year journey on his debut album.

“They say you have your whole life to write album one,” Rodgers says. “I’ve taken advantage of that.”