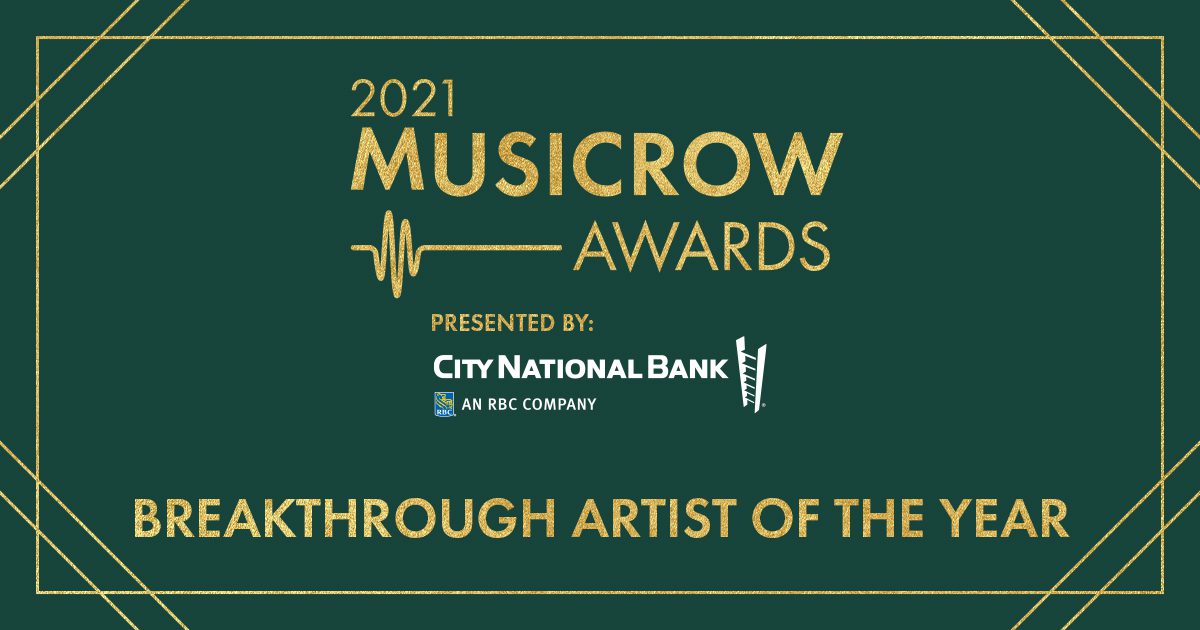 Following the announcement of this year’s nominees for the 33rd MusicRow Awards, we take a look at the MusicRow Breakthrough Artist of the Year category. This category is voted on by MusicRow’s subscribed members to honor a Nashville artist who achieved significant career progress for the first time. 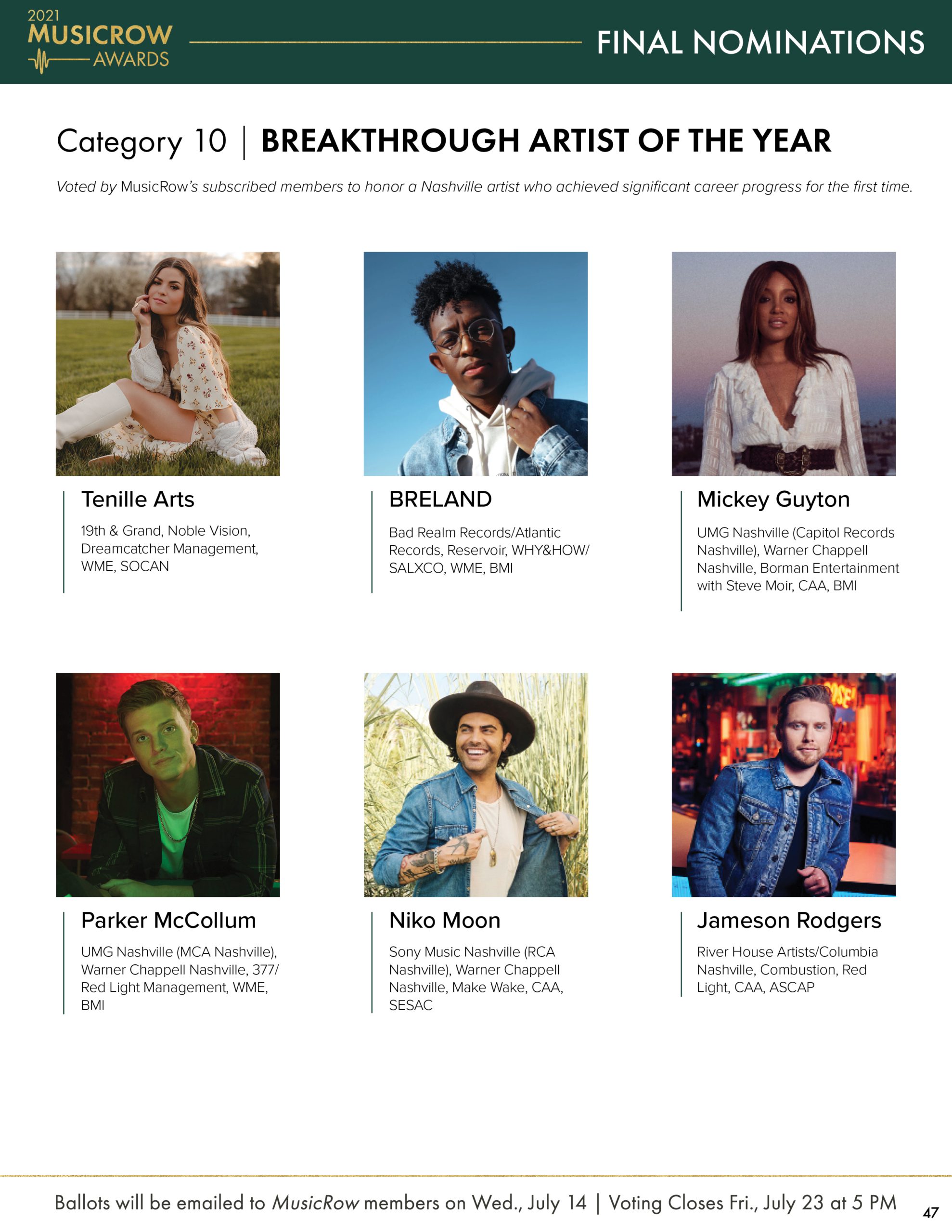 Tenille Arts has had a stellar year, including her single “Somebody Like That” becoming the first No. 1 song in country music written, performed and produced by all females. A native of Weyburn, Saskatchewan, Arts is the first Canadian to reach No. 1 in the U.S. since 2007 and first Canadian female since Terri Clark in 2004. She also won the Rising Star award at the 2020 Canadian Country Music Association Awards. Arts is following up “Somebody Like That” with new single “Back Then, Right Now.”

BRELAND is a talented addition to the country music family. His autobiographical hit “Cross Country” is a well-written song with the dual meanings of literally moving across the country, while also crossing genre lines. Known for frequently tapping guest collaborators, he upped the ante by adding Mickey Guyton to a new version of “Cross Country.” With his career on the rise since his platinum debut song “My Truck” dropped in 2019, BRELAND has collaborated with Gary LeVox, Lauren Alaina, Chase Rice, and Sam Hunt, and most recently his second collaboration with Keith Urban on “Throw It Back.” BRELAND will kick off his first headlining tour at Bonnaroo Music Festival on Sept. 5.

Mickey Guyton had a hard-earned, much-deserved breakthrough year. Her important songs “What Are You Gonna Tell Her?” and “Black Like Me” made listeners sit up and take notice. Guyton made history as the first Black female solo artist to earn a Grammy nomination in a country category, for Best Country Solo Performance for “Black Like Me” which she performed on the show. In addition, she teamed with Keith Urban to co-host this year’s Academy of Country Music Awards. “Black Like Me” is nominated for MusicRow Song of the Year.

Parker McCollum is riding into the release of his full-length major label debut album with a No. 1 single and sold-out shows across the country. The upcoming project, Gold Chain Cowboy, was produced by the talented Jon Randall and features his No. 1 “Pretty Heart” and follow-up single “To Be Loved By You.” McCollum is a perfectionistic songwriter with the talent of being able to convey a feeling while leaving the lyrics open to interpretation, such as on his just-released solo-write “Rest of My Life.” He is also nominated for MusicRow Breakthrough Artist-Writer.

Niko Moon scored his first No. 1 as an artist with debut single “Good Time.” He followed that success with new release “No Sad Songs” and is finishing up his debut full-length album with longtime collaborator and co-producer Joshua Murty. Moon’s track record is strong, with writing credits on five No. 1 hits for Zac Brown Band, plus cuts by Dierks Bentley, Ashley Monroe and others. His hit “Good Time” earned MusicRow Breakthrough Songwriter nominations for his four co-writers, including Murty.

Jameson Rodgers charted a No. 1 debut with “Some Girls” as well as his latest Top 20 hit “Cold Beer Calling My Name,” which features labelmate Luke Combs. All are on his excellent new EP In It For The Money. The Mississippi native moved to Music City more than a decade ago, and in recent years his hard work has paid off as co-writer of hits for Florida Georgia Line (“Talk You Out of It”) and Chris Lane (“I Don’t Know About You”), as well as the title track of Luke Bryan’s latest album Born Here Live Here Die Here. Rodgers is the reigning MusicRow Discovery Artist of the Year.