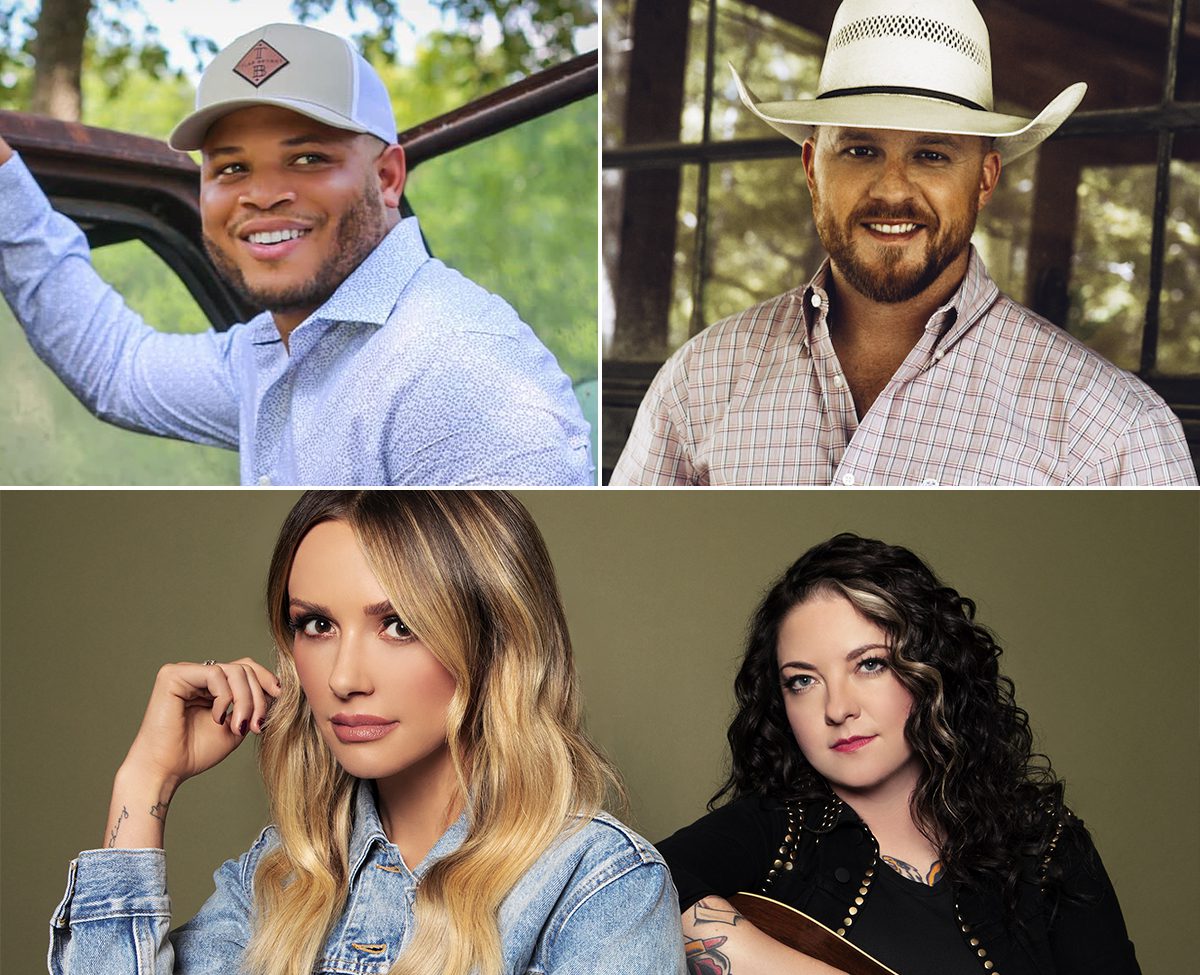 Summer may be winding down, but the country stars are still cranking out plenty of sunshine.

In this week’s edition of DisClaimer, we have terrific tunes by Old Dominion, Sam Hunt, Mitchell Tenpenny & Chris Young, Walker Hayes, Kacey Musgraves and more. We have a tie in the race for the Disc of the Day award. I can’t decide between the sizzling Cody Johnson single and the scintillating duet by Carly Pearce & Ashley McBryde. Honor them both with your spins.

In this column, we add three more names to the list, Brei Carter, Danielia Cotton and our DISCovery Award winner, Tylar Bryant.

DANIELIA COTTON / “(I’m So) Afraid of Losing You Again”
Writers: Dallas Frazier/Doodle Owens; Producer: none listed; Label: DC
— This New Jersey native has dabbled in r&b and rock during the past 15 years. This country-soul tribute to Charley Pride finds her in excellent voice. She could use better production support on her revival of his 1969 classic.

WALKER HAYES & KESHA / “Fancy Like”
Writers: Walker Hayes/Cameron Bartolini/Shane Stevens/Josh Jenkins/Kesha; Producer: Walker Hayes, Shane McAnally & Joe Thibodeau; Label: Monument/RCA
— Nashville native popster Kesha adds her saucy verve to this Platinum-selling song of the summer. Melodically, it has nothing to do with country music. Lyrically, however, it’s a hillbilly delight. And the whole thing is still one nutty ear worm. If Ruby Tuesday, Ocharley’s, T.G.I. Friday, Chili’s, Logan’s or Zaxby’s pay to advertise on the radio station, don’t they object to giving free airtime to an Applebees commercial?

ADAM DOLEAC / “Somewhere Cool With You”
Writers: Adam Doleac/Josh Jenkins/Matt Jenkins/Jared Keim; Producer: Jared Keim; Label: Arista Nashville
— Adam was in the news this week when his sound-equipment trailer was stolen, then recovered. His new track yearns for a romantic getaway. Lulling and gentle, if not exactly memorable.

SAM WILLIAMS & DOLLY PARTON / “Happy All the Time”
Writers: Mary Gauthier/Sam Williams; Producer: Bobby Holland/Sean McConnell; Label: Mercury Nashville
— “Glasshouse Children,” the title tune of this guy’s debut album is a very slow dreamy ballad with strings. He picks up the pace a little on the collection’s collaborations with Keith Urban (”Kids”) or, in this case, Dolly. It’s still a ballad, but their voices brush against each other in a way that creates emotional intimacy and intensity. Sam is Hank Jr.’s boy—and the half brother of music makers Hank III, Hillary and Holly—but he is definitely his own man. Highly recommended.

BREI CARTER / “Gave Him a Girl”
Writers: Brei Carter/Mason Douglas/Jason Wyatt; Producer: none listed; Label: BC
— This Louisiana native is a PhD, the author of three books and a veteran Army officer. She’s also a feisty, sprightly country singer-songwriter. In this ditty, she flattens a bully with a right hook and announces that she can catch a bass, change a tire, skin a coon, drink, handle a gun and drive a tractor. Cute and catchy.

MITCHELL TENPENNY & CHRIS YOUNG / “At the End of a Bar”
Writers: Chris DeStefano/Chris Young/Mitchell Tenpenny; Producer: Chris Young/Chris DeStefano; Label: RCA Nashville
— Nobody sings a country song with as much power as Mr. Young, but Tenpenny gives it his all on this chesty, passionate, anthemic collaboration. These are two mighty worthy men.

CARLY PEARCE & ASHLEY McBRYDE / “Never Wanted to Be That Girl”
Writers: Carly Pearce/Ashley McBryde/Shane McAnally; Producer: Shane McAnally/Josh Osborne; Label: Big Machine/Warner
— In a word, sensational. The dobro-laced production, both women’s harmony voices, the story song, the swapped verses, the interwoven solo vocals …. everything works here. Ashley starts off, portraying the mistress. Carly picks up the tale, enacting the betrayed wife. They soar on the choruses together in dual heartache. For the love of country music, play this.

CODY JOHNSON / “Til You Can’t”
Writers: Ben Stennis/Matt Rogers; Producer: Trent Willmon; Label: Warner/COJO
— Cody has been delighting our ears by releasing track after track from his upcoming double album, Human (”Sad Songs and Waltzes,” “God Bless the Boy,” “Let’s Build a Fire,” etc). Now at last that collection has a single, and it is a dandy. It begins as a contemplative look at life and love, then evolves into a roaring barn burner about seizing today, living with gusto and chasing your dreams no matter how big. This is the sound of a superstar.

OLD DOMINION / “All I Know About Girls”
Writers: Shane McAnally/Josh Osborne/Trevor Joseph Rosen/Matthew Thomas Ramsey/Brad Francis Tursi/Whit Sellers/Geoffrey Sprung; Producer: Old Dominion/Shane McAnally; Label: Arista Nashville
— Softly jaunty and airy. The simplicity and open production of this are pleasantly ear-cleansing. As you might expect, the punch line is “I don’t know nothin’ at all.”

TYLAR BRYANT / “Stay Wild”
Writers: Bobby McLamb/Blaine Younger; Producer: Bryan Cole; Label: Riser
— No matter how work and life wear you down, remember to stay free and full of fire. Hang on for the processed-vocal chorus toward the finale. Engaging, energetic and promising.