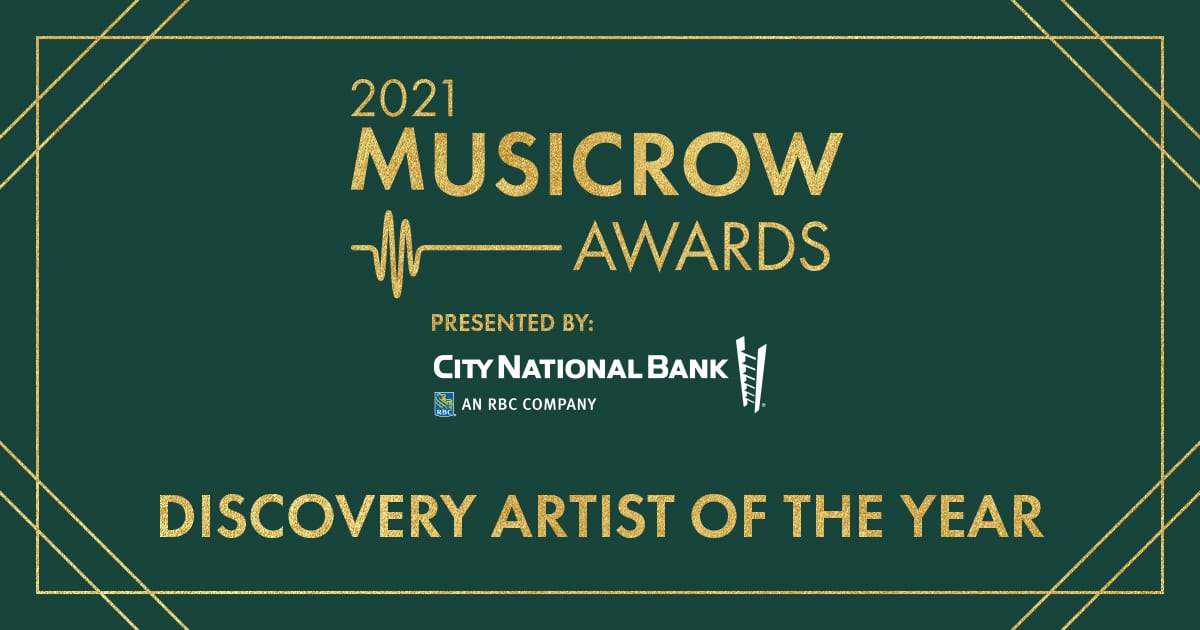 Following the announcement of this year’s nominees for the 33rd MusicRow Awards, we take a look at the MusicRow Discovery Artist of the Year category. The award will honor a Nashville developing artist who demonstrates significant talent and potential to rise. 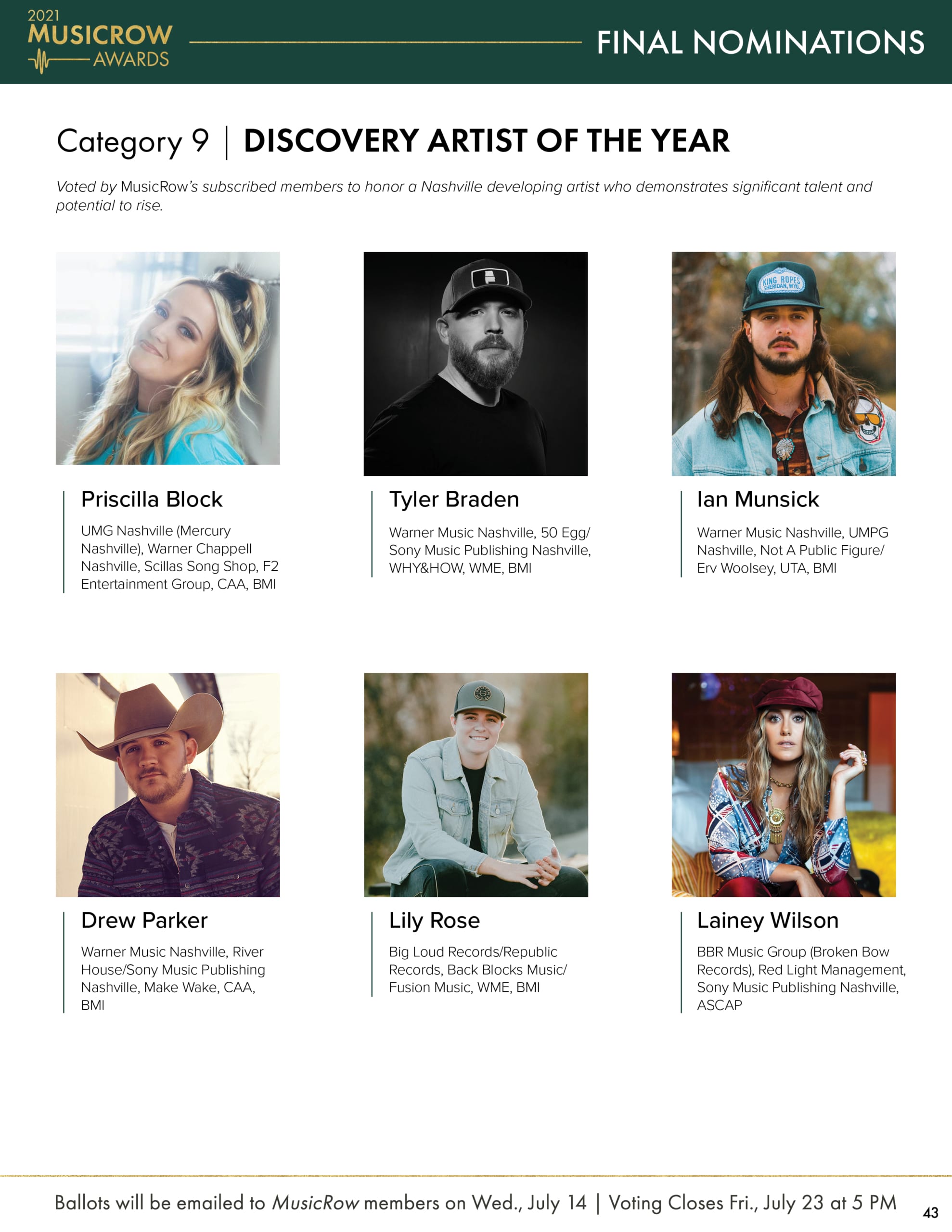 Priscilla Block makes music on her own terms offering fans an unfiltered, honest point of view. Her twangy vocals have a unique lilt as she veers from the vulnerability of “Just About Over You” and “Wish You Were The Whiskey,” to the sass, self-love and humor of songs like “Thick Thighs” and “PMS.” She boosted her fanbase by posting videos on TikTok during quarantine, with fans rallying together to fund her recording of “Just About Over You.” (The song’s radio version was produced by Producer of the Year nominee Ross Copperman.) Block is a North Carolina native who released her major label EP in April and recently brought her self-described “Block Party” sound to her Grand Ole Opry debut.

Tyler Braden is a songwriter and storyteller with a voice to be reckoned with and a commanding sound ready for an arena-sized audience. His latest release, “Ways To Miss You,” is co-produced by Male Songwriter of the Year nominee Randy Montana and Mark Holman. This follows popular streaming releases including the solo-penned “Secret,” a testament to this newcomer’s songwriting talent. Braden is an Alabama native who spent seven years as a firefighter and first responder. His first major label release was a cover of Needtobreathe’s “Brother” which paid tribute to those on the front lines and quickly racked up more than two million views on YouTube.

Ian Munsick is a much-needed creative, adventurous addition to the country music landscape. Growing up on a ranch in Wyoming, Munsick played in a family band and his appreciation for the wide open west bleeds into his music. A multi-instrumentalist and songwriter, he spent the last decade honing his craft in Nashville. He co-wrote and co-produced his debut album Coyote Cry which he describes as a “handshake of the cowboy and the hippie, the traditional and the contemporary.” It is a varied project ranging from the roots/acoustic single “Long Haul,” to bluegrass territory, and even to a reimagined version of Fleetwood Mac’s “Dreams.”

Drew Parker is a country music traditionalist, offering a laid back song about heartbreak on his debut single “While You’re Gone,” which is already a fan favorite. (While his girl is gone he’ll be on a tailgate by the lake with a Lucky Strike, “kicking it with a BP PBR.”) He co-wrote the song with Jameson Rodgers, who is nominated for MusicRow Breakthrough Artist of the Year. Parker has a knack for balancing heartbreak with imagery and humor throughout his EP, like the clever “Party In The Back” and the more vulnerable “The Runway.” His unique perspective is found on hits he’s co-written for Luke Combs (“Forever After All”) and Jake Owen (“Homemade”). The Georgia native will be on tour with Combs later this summer.

Lily Rose has a stand-out voice rich with texture and made for radio. Her strong songwriting chops are found on viral hit “Villain” and “Overnight Sensation,” which describes her success as being 13 years in the making. Her most recent track “Remind Me of You,” is the first outside song she has released, because she says it struck her as the “perfect combination of swag and country.” Rose grew up in Atlanta as a self-taught drummer, guitarist and singer. She continued performing while attending college in Athens, Georgia which led to sold out shows and prompted her move to Nashville in 2017. “Remind Me of You” is co-produced by Matt Morrisey and Producer of the Year nominee Joey Moi, and co-written by Sam Hunt, Ryan Vojtesak, and MusicRow Awards nominees Corey Crowder and Ernest Keith Smith.

Lainey Wilson is a tough-as-nails singer-songwriter who offers honesty with every lyric. Her debut album Sayin’ What I’m Thinkin’ is an aptly titled introduction for the twangy songstress with the long tresses. The highly-listenable project portrays her self-described brand of “bell bottom country” and is home to current single “Things A Man Oughta Know,” and songs including “WWDD,” which stands for “What would Dolly do?” The Louisiana native has co-written songs recorded by Luke Combs and others, has had placements in the television series Yellowstone, and graced the Grand Ole Opry stage. Sayin’ What I’m Thinkin’ is produced by Producer of the Year nominee Jay Joyce.