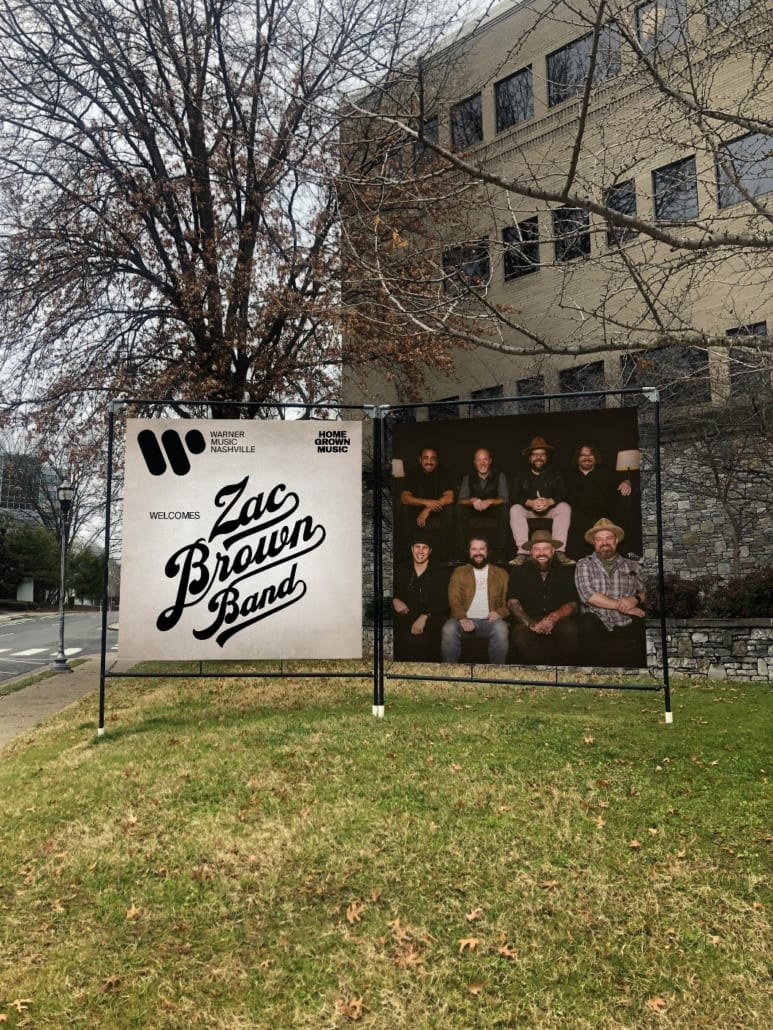 “Warner Music Nashville and Zac Brown Band share a fundamental value: forging connections through amazing and heartfelt music,” says Warner Music Nashville Chairman & CEO John Esposito. “Their songs have ceaselessly fed our hearts and souls, and I am so proud to welcome them to our label home as we journey together into this new chapter.”

“We couldn’t be more excited to become part of the Warner Music Nashville family,” says Zac Brown. “We feel incredibly blessed to be working with John Esposito, Cris Lacy, Ben Kline and their talented team. We’ve been hard at work in the studio and can’t wait to share our new music with our fans!”

Adds WMN EVP A&R Cris Lacy: “Zac Brown Band is known worldwide for their consummate musicianship, litany of timeless hits and incomparable live shows. From the moment they stepped onto the scene, they were grinding out this game-changing vision. When we heard the new music our only question was, ‘How quickly can we get this to the fans?’ It was absolutely, positively undeniable. Enough said. It feels good to have them back in the Warner family, and we’re excited to make some new history together.”