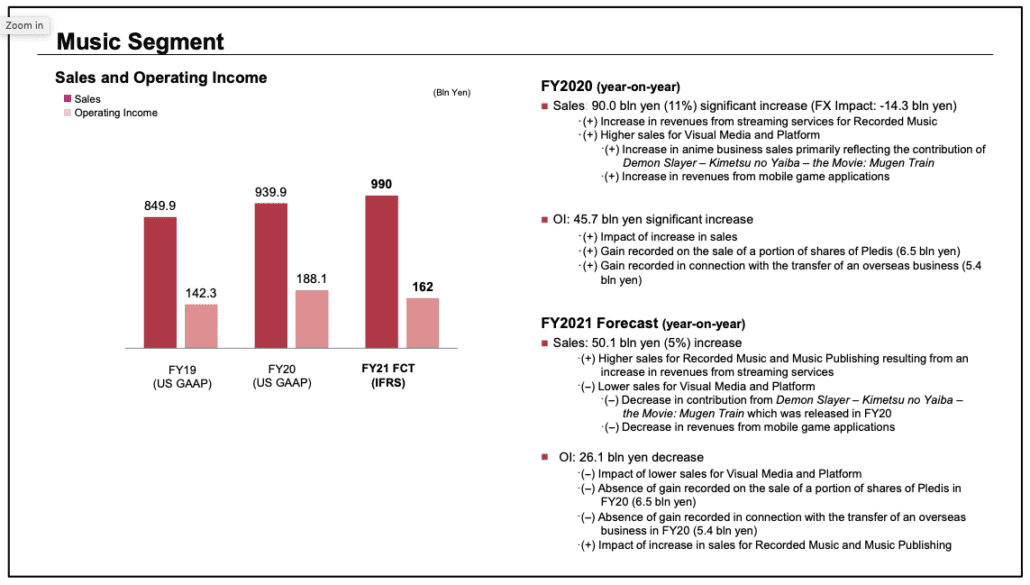 The music division of the media and electronics giant saw fiscal year 2020 sales increase 11 percent year-over-year to 939.9 billion yen (approx. $8.63 billion), primarily due to the growth of streaming revenue and Demon Slayer–Kimetsu no Yaiba–the Movie: Mugen Train, which was a blockbuster hit.

Sales for Recorded Music increased mainly due to an increase in revenues from streaming services, which were up approximately 22 percent year-over-year.

Sales for Visual Media and Platform increased mainly due to an uptick in sales for the anime business (Demon Slayer) and an increase in revenues for mobile game applications.

Operating income increased a significant 45.7 billion yen ($419 million) year-over-year to 188.1 billion yen ($1.7 billion), largely due to the impact of the increased sales and the recording of one-time gains from the transfer of businesses. See the full report here.