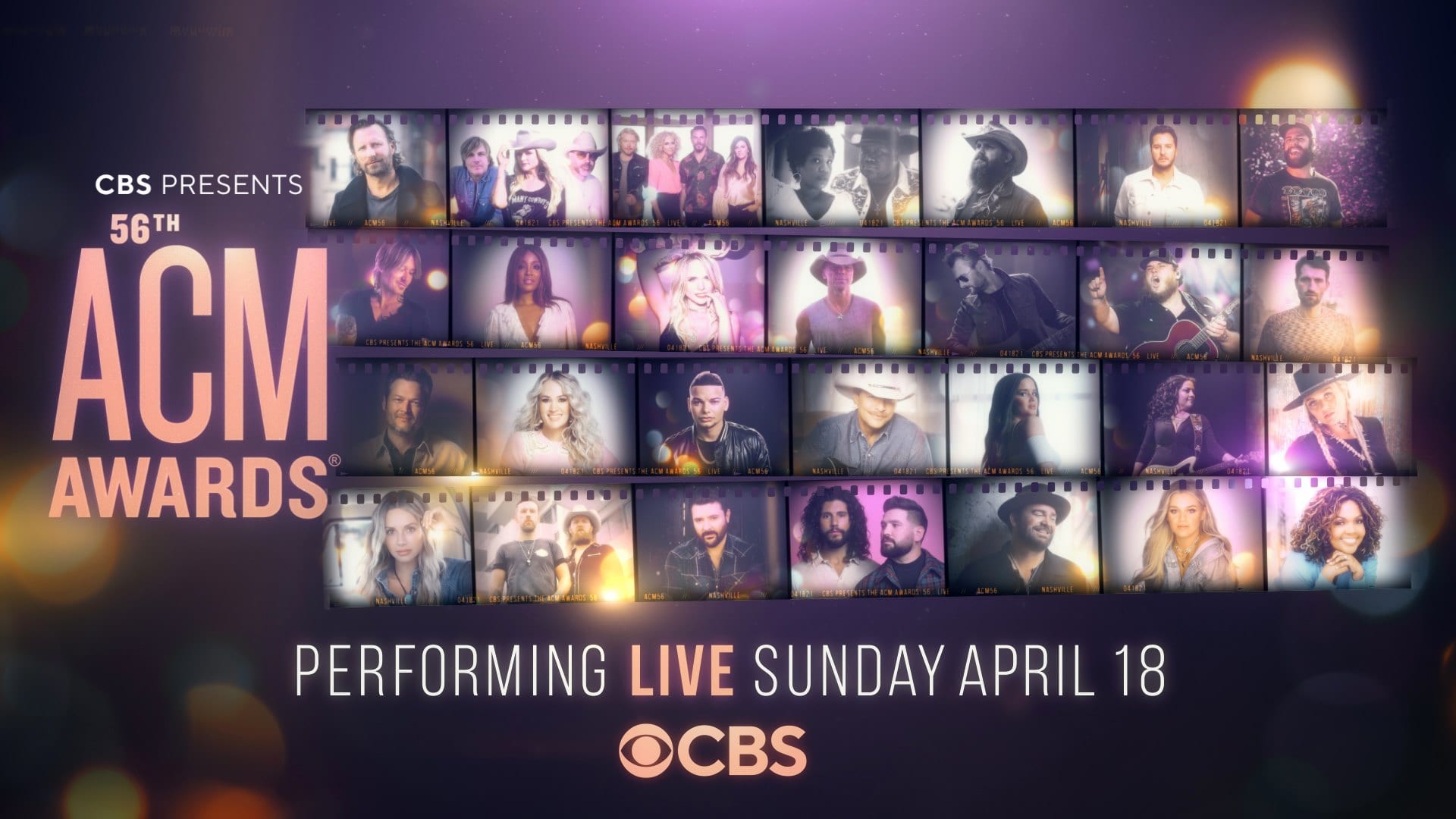 The full lineup for the 56th Academy Of Country Music Awards has been revealed.

Over 25 artists will perform more than 30 songs from the Grand Ole Opry House, the Ryman Auditorium and The Bluebird Cafe, airing live on Sunday, April 18 (8:00-11:00 PM, live ET/delayed PT) on the CBS Television Network and the show will be available to stream live and on demand on Paramount+.