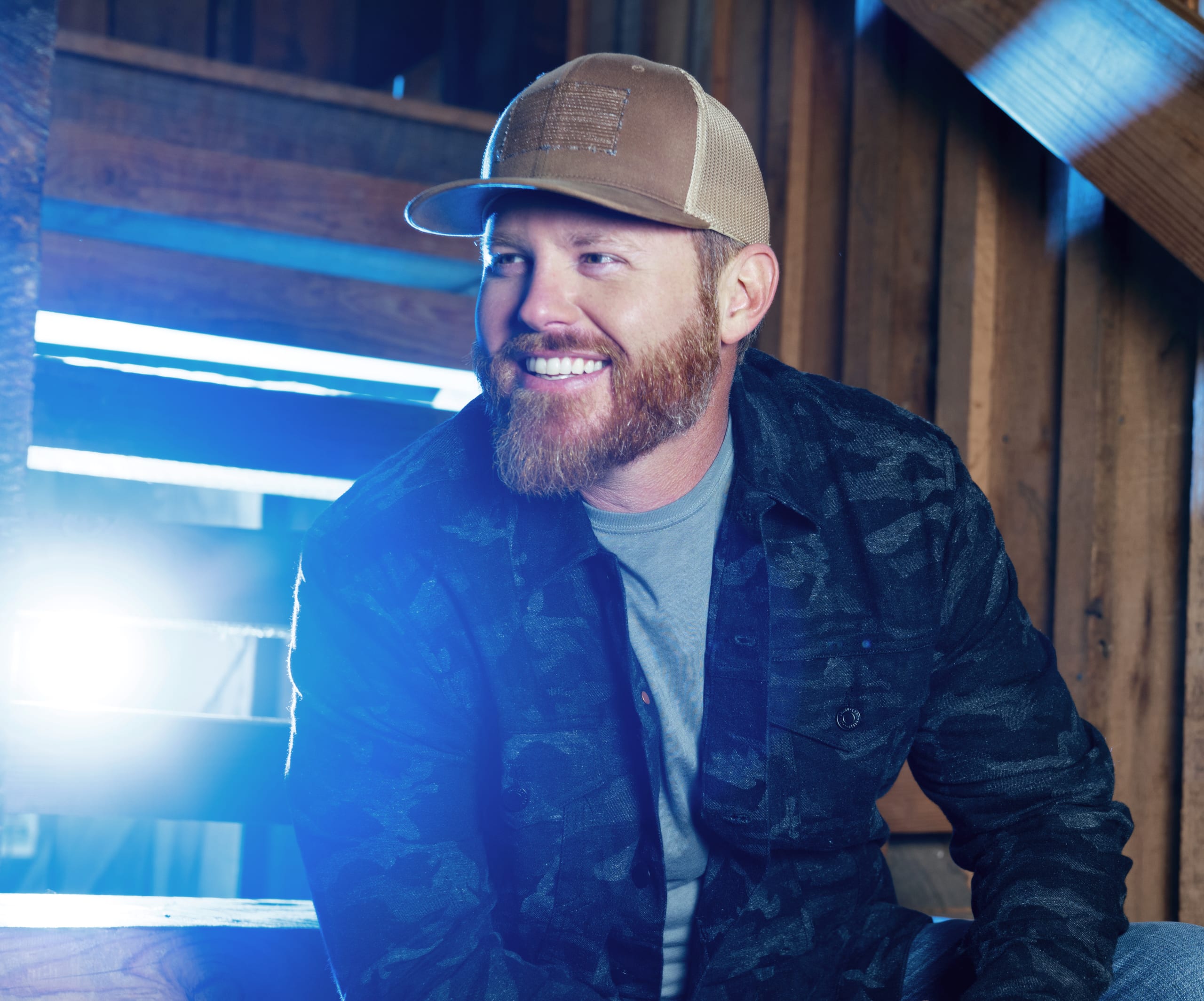 Heath Sanders spent almost a decade working in natural gas in Arkansas before he found himself taken on a whirlwind journey via his music.

He grew up in a single-wide trailer in Marshall—a small town in a region of Arkansas called the Ozarks that is characterized by terrain encompassing mountains, caves, rivers and hot springs. His father logged in the winter and built fencing in the summer, as well as milked cows year round.

“I just had a good, solid, blue-collar start to life. I had an amazing grandpa that was really involved in music and always loved music,” Sanders told MusicRow in a recent virtual visit. “He was putting a guitar in my hands when I was six months old. I don’t know how I didn’t learn to play it until I was 21, but he sure tried.”

The day Sanders turned 18, he was offered a job in the oil fields. He enjoyed it when he started because of the unlimited hours he could rack up. “You could work a hundred hours a week if you wanted to,” he said.

When gas prices fell in 2017, Sanders hours were cut back to 40 per week. “Being the money man that I was, I was living way past my 40-hour means, so it really set me back substantially as far as finances go,” Sanders said. “So I decided to pick up a side gig and the only thing that made sense to me was that I could play some songs on the guitar and get by.”

Sanders started playing bars and restaurants to make some extra money. “I never really saw myself as anything more than just the guy sitting over in the corner, playing a song or two while everybody ate their steaks.” 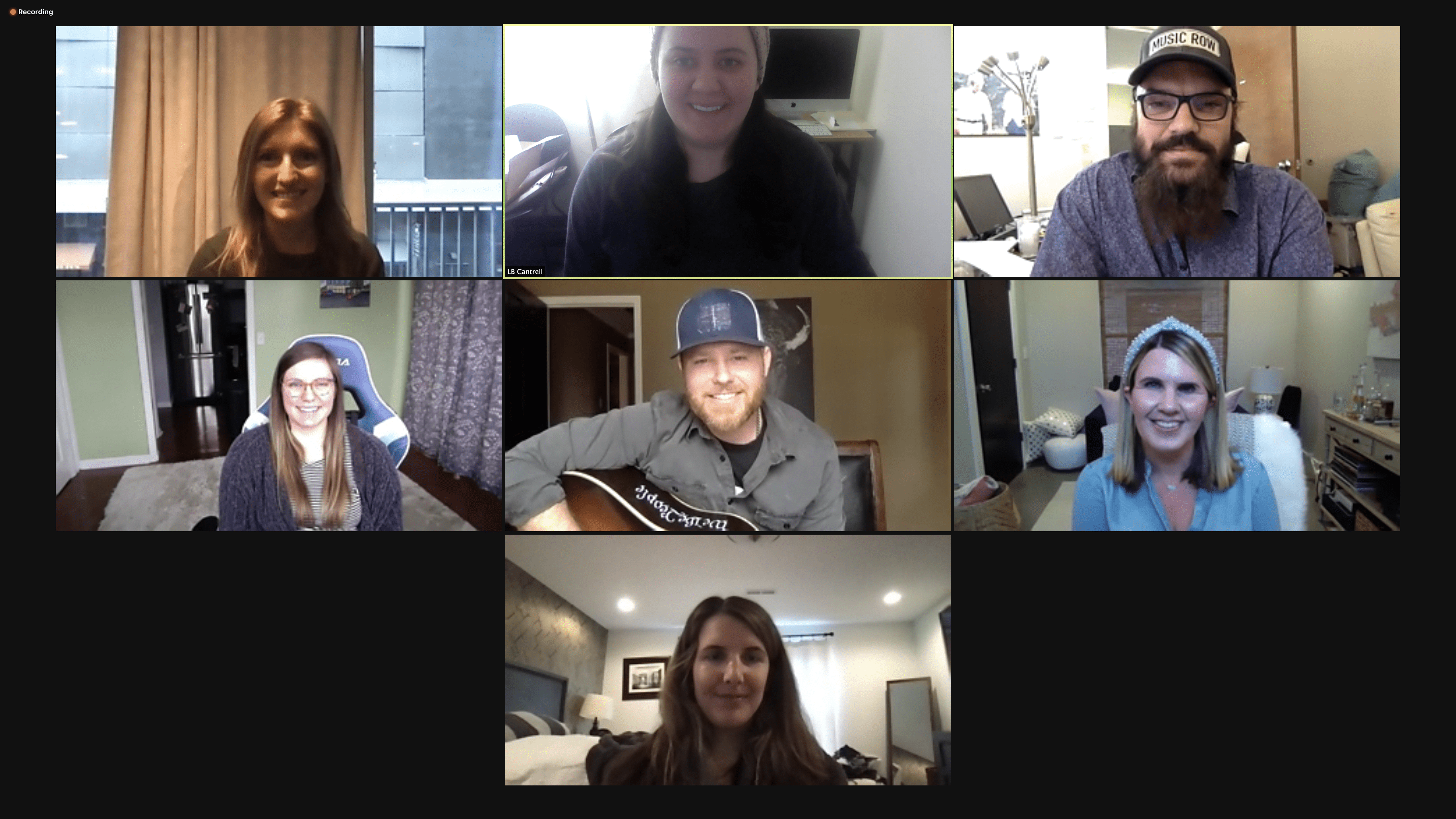 In September of 2017 Sanders made a Facebook page to promote his artistry and book gigs. Shortly after, a friend dared him to post a cover of Chris Stapleton’s “Either Way.”

The video went viral. With the validation he got from the success of the video, Sanders decided to try something he had never done before: writing a song.

“I had never really written a song before. I had learned three chords back in my early twenties and I would sit down and try to write some songs. They were terrible, so I just put the pen away and never really tried.

“I picked up my pen on a Sunday morning and I sat down to write. It took me all day to write a verse and a chorus. That song ended up being ‘Bloodline,’ which ended up being my first single. But the crazy thing is, I’m sitting there with my pen in my hand and my guitar in my lap, writing my first song ever, and the phone goes off and it’s Bobby Bones.”

Bones, a fellow Arkansas native, invited Sanders to come play on his morning show, and told him to bring in an original song to play. “I panicked,” Sanders joked. He finished the song with his buddy, Jamie Jones, and played it shortly after on The Bobby Bones Show.

“Needless to say, after I walked out of the studio, my entire life changed.”

“I was really fortunate,” Sanders said. “A lot of people come to town and work their tails off for 10 or 15 years before anything really happens for them. I just feel blessed. I feel like I cheated the system a little bit, but everything happens for a reason.”

Common Ground‘s affecting title track spreads a message of unity and acceptance in spite of differences. “We’re all findin’ our own way / We’re all livin’, we’re all learnin’ / From the cradle to the grave / We’re all weak, we’re all strong / We’re all right, and we’re all wrong / And when time runs out / We all end up /In common ground,” Sanders sings.

“Being from where I’m from, an old dirt road there’s obvious stereotypes you put on people in cities and stuff. Being able to travel and see places like Chicago and going out to California, gladly I’ve realized that there are as good of people in those cities as the old men sitting in their overalls, drinking coffee in the morning at the gas station. There’s good people everywhere. And I think we all really want the same thing: we all just want to pursue life, liberty and happiness. We just want to live our lives. I’m really proud of this song, it’s one of those songs that you step back from and you’re like, ‘Golly, I just can’t believe I had a hand in writing that.'”