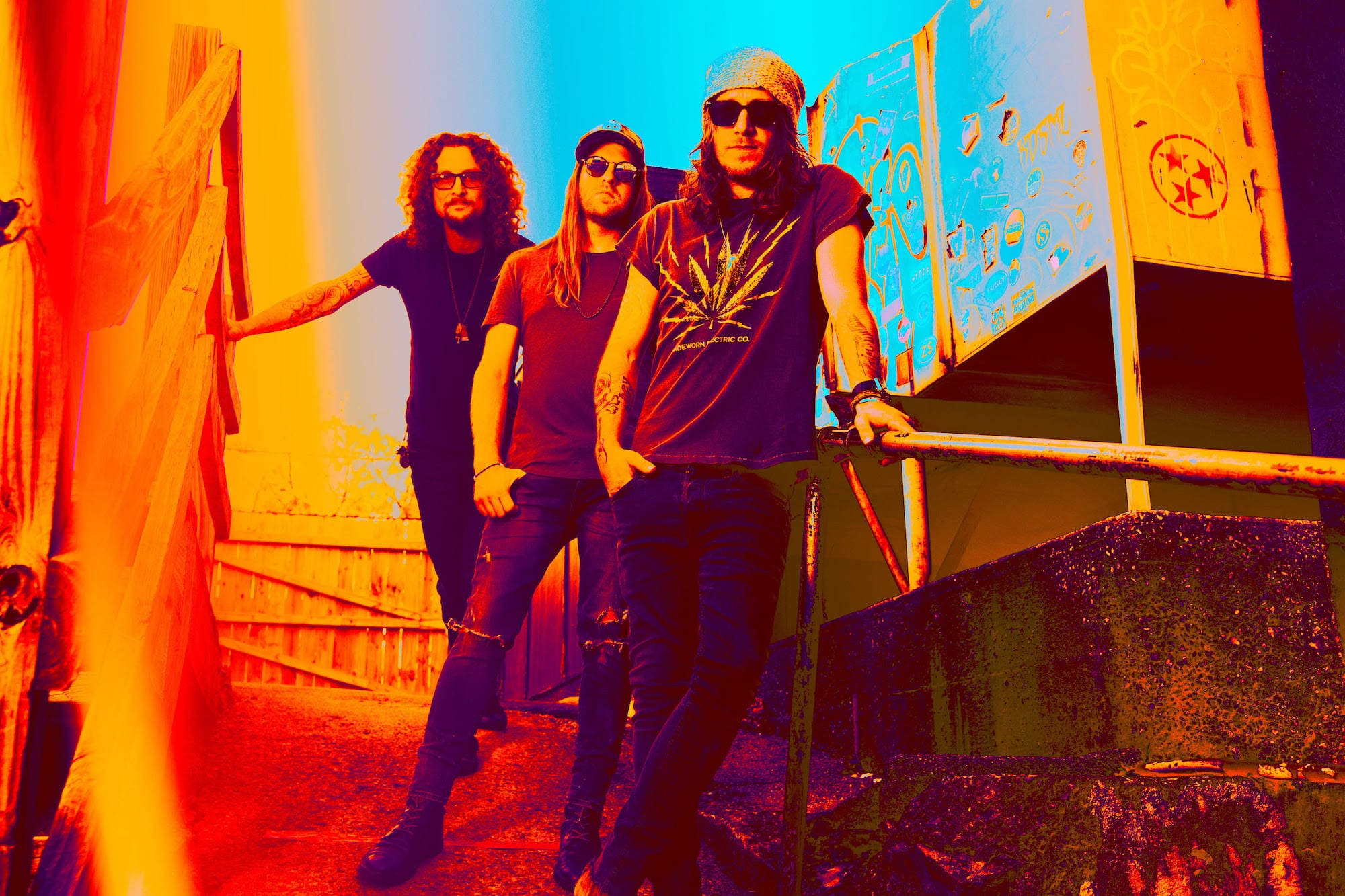 Mere months after releasing Country Fuzz, The Cadillac Three are back with another eclectic musical offering, Tabasco & Sweet Tea. The trio’s Jaren Johnston, Neil Mason, and Kelby Rae wrote and produced the project, out today (Oct. 23) via Big Machine Records.

Johnston and Mason’s specific, wily writing litters Tabasco & Sweet Tea, with southern fried idioms including lyrics like “Such a southern little sizzle you could fry an egg on her” and “Daddy musta been a fisherman, Mama must a been a cook / Cause that lady and gentleman made a girl that made a bass a put a lip on the hook.”  Fans of “The Jam” and “Blue El Camino” on Country Fuzz will find the album further exploring those musical nuances, building The Cadillac Three’s musical palate while still remaining true to the trio’s hard-earned sound. As a British radio DJ put it, The Cadillac Three are “Sabbath On Cornbread.” They’ve included a song of the same title on Tabasco & Sweet Tea to prove it.

“[That came from] one of our first trips over to the U.K. and somebody was like ‘You guys remind me of Sabbath on cornbread,’ which I think was just his way of saying heavy-metal, but country,” said TC3 drummer Mason. We’ve always called ourselves ‘Country Fuzz,’ that’s the term we always used to describe our sound. We felt like we should write an ode to that guy because he really, just in a couple words, described us better than anybody had until that point, and probably still really has. It felt like if we’re going to talk about this, we should probably give this guy a shout out.” 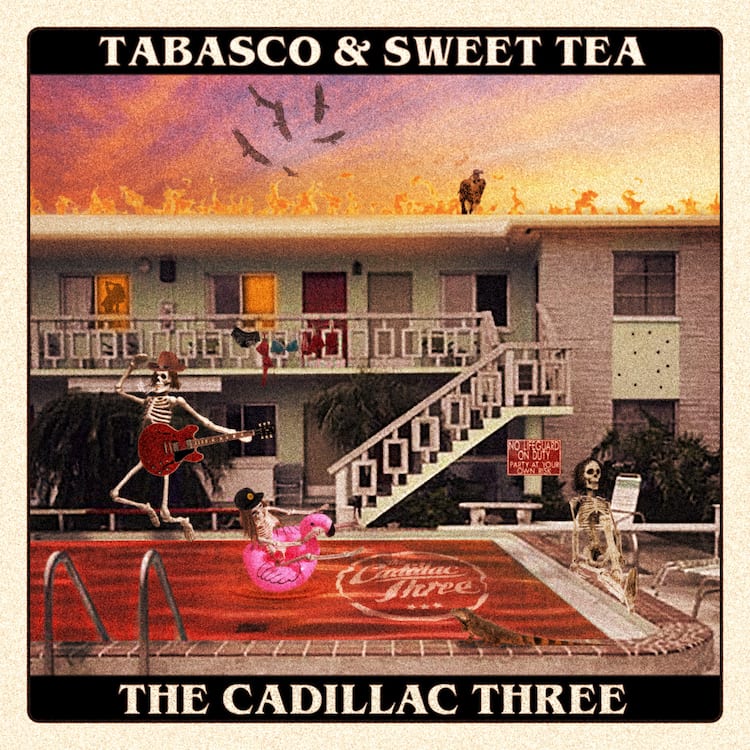 The project was written on the heels of Country Fuzz, when the trio was listening to records they deem as early influences. “My favorite records growing up were records that took me into another world. They took me to another place in my head and helped me forget about whatever I was thinking about. This record was written from a place that was inspired by what those records were for us,” Mason said.

Records that inspired The Cadillac Three were everything from Beck’s Midnite Vultures to instrumental album Medeski Martin & Wood, along with music from The Meters, Bill Withers, the Eagles, The Allman Brothers Band, James Brown, Waylon Jennings, and Queens of the Stone Age.

“We were finishing the Country Fuzz record and the last few songs that we were recording were songs like ‘The Jam’ and ‘Blue El Camino,’ and they were just leaning into some different grooves and were a little bit funkier than some of the things we’ve done in the past. It just felt like there was a whole lot of untapped inspiration there,” Mason said. “So coming out of finishing that record, we really just jumped straight into the writing of this new record which led further and further down the rabbit hole, the further we went.”

“I think the road is one of the things that made this get so experimental. Your days out there are kind of the same. It’s like 23 hours a day of waiting to play the show. We’d get up in the mornings and just try to do something different, kind of inspire ourselves and be excited,” Mason continued. “Jaren had written ‘Tabasco & Sweet Tea’ here in Nashville, and that was the thesis statement, if you will, for what this record became. As we just went further down the rabbit hole, things just kept getting more experimental as we got through songs like ‘Devil’s Lettuce’ all the way down to ‘Sabbath On Cornbread.'”

With exclusive “crew” merchandise that helped TC3’s road family with the loss of shows, donating to Second Harvest Food Bank of Middle Tennessee as a part of their 100,000 meals in 100 Days initiative and highlighting local venues and other artists as COUNTRY FUZZ PRESENTS takes up a livestream residence at The Basement and Exit/In, the band has been doing their part in giving back during this season.

But further still, TC3’s new offering will be priced at $3.99 for the first week so it is more accessible during a time when many are not spending as much on music, but need it now more than ever.

“We were about to play the biggest show of our career when the pandemic came to a head and all the shows got canceled. We were supposed to open for Eric Church at the C2C Festival in London at the O2 Arena. We were really excited about getting to do that. Like so many other people, our jobs just stopped in a 24 hour span. We came back and were kind of in a daze for a few days trying to figure out what was going on and how long everything was going to last. The one thing that we really settled on was ‘Let’s control what we can control and do what we can do.’ And that was making as much music this year as possible… We just wanted to provide a sense of release for our fans and the people who like our band.

“There are so many people out there who are not able to go to work like they want to be able to. Maybe because there’s just not a job there for them or maybe because of health. I want anybody who wants to put their hands on this record to be able to at as cheap of a price as we can make it, and $3.99 was as cheap of a price as we could. We hope that everybody is able to go get it this first week to take advantage of that,” Mason said. “The thing about it is we’ve asked our fans to help us and our career out and they’ve done so, so this record is almost like an early Christmas gift in trying to make the price as low as possible as a way to give back to them.”