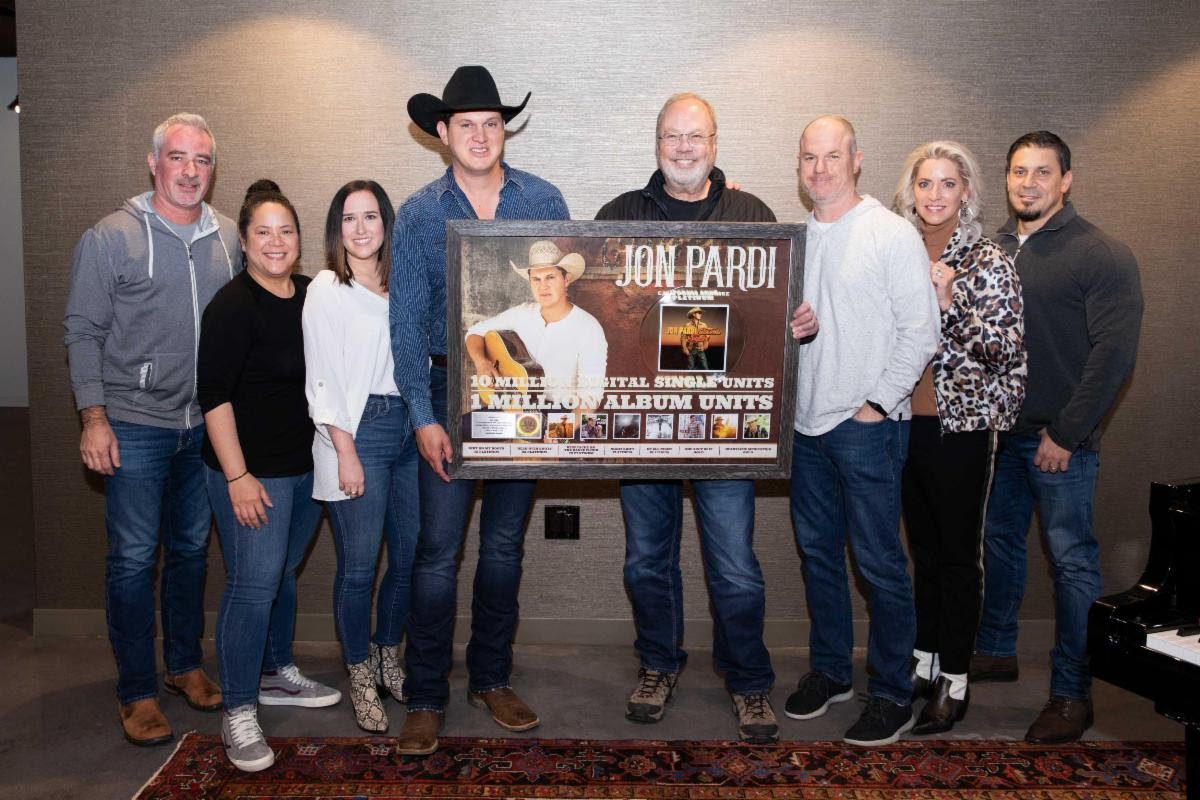 Jon Pardi was surprised this week with a bunch of heavy metal commemorating 10 million in digital singles sold and one million albums sold, along with his multi-week No. 1, the 3x multi-platinum “Dirt on My Boots,” his No. 1 hits “Head Over Boots” and “Heartache On the Dance Floor” going double Platinum, and “Night Shift” reaching Platinum status.

“She Ain’t In It” from Pardi’s No. 1 album California Sunrise and “Heartache Medication” from Pardi’s current ACM-nominated album of the same name are also now officially certified Gold by the Recording Industry Association of America (RIAA). Heartache Medication debuted among the top albums on Billboard’s Country Albums chart and includes his new single, “Ain’t Always The Cowboy” which impacts country radio on March 16.