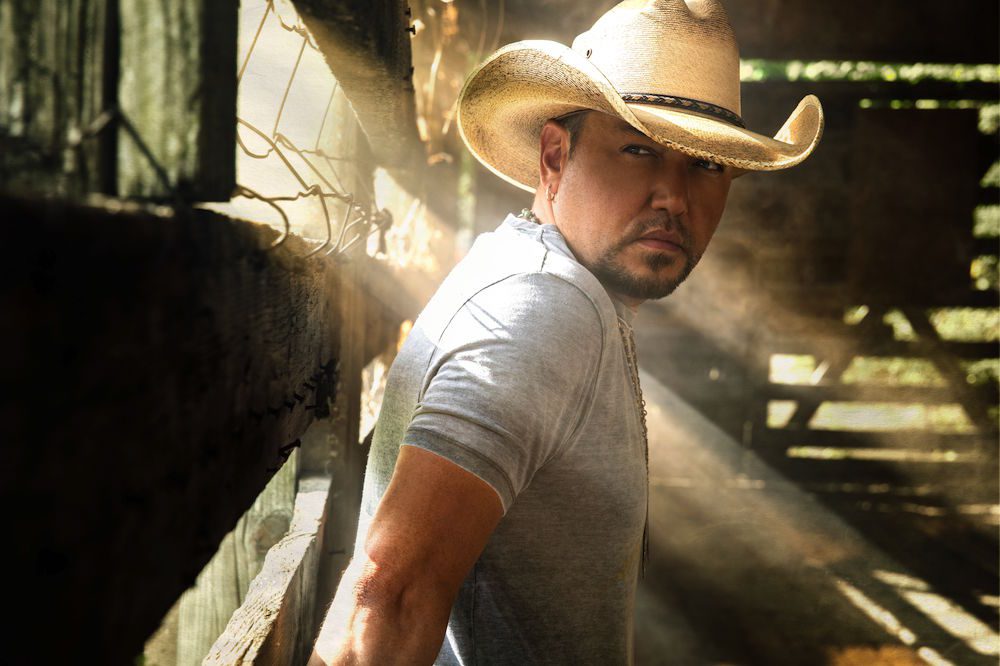 “It’s one of those ‘If it ain’t broke, don’t fix it’ kind of things,” says ACM Artist of the Decade, Broken Bow Records artist Jason Aldean while discussing his recent deal to extend and expand upon his relationship with BMG.

“I’ve done everything on Broken Bow, an independent label. Now with [BBR] adding and continuing with BMG, it’s just having the opportunity to take it on a more global scale. I’m still working with the same guys that I worked with on my first album and they’re invested in my career as much as anybody. It’s home to me.”

Though Aldean is talking business, the old saying also applies creatively. Musically, Aldean is a loyalist. Unlike some of his contemporaries who seem intent to experiment with new sonic textures on each album, Aldean and his team have mapped out a sound fans continue to gravitate toward, and for the most part, the superstar isn’t in a rush to alter it.

Aldean teams once again with longtime producer Michael Knox on the aptly-titled ninth studio album, 9, which releases Friday (Nov. 22) via Macon Music/Broken Bow Records. Aldean returned to the studio with his band members—including drummer Rich Redmond, bassist Tully Kennedy, guitarist Jack Sizemore, pedal steel player Jay Jackson, and guitarist Kurt Allison—several of whom have helped craft his music both onstage and in the studio since before he signed his recording deal with BBR Music Group.

He says working with the same band in both scenarios has made it easier to capture on record that country framework sheathed in hard rock rhythms that emanates from Aldean’s live shows.

Settled in a studio in Nashville, he recalls to MusicRow, “I remember going in to the label early on, and just being like, ‘If you like it, then don’t mess with it.’ We kind of had a formula that we used at that point and even before I had my deal. It’s honestly never changed. And you communicate well together, if there’s something that’s missing or that I’m not hearing and I need them to play it. They know what I’m saying versus me trying to explain it to somebody that has no clue about it. It helps that we kind of speak the same language in the studio.”

For nearly 15 years, Aldean and his team have worked their way up from small-town clubs to stadium shows, selling 18 million albums and earning 15 billion streams along the way. He’s notched 23 No. 1 radio hits, including 4x multi-Platinum “Dirt Road Anthem,” 3x multi-Platinum “She’s Country” and “Big Green Tractor,” and 2x multi-Platinum “Burnin’ It Down.” Those songs have helped him earn the title of the Academy of Country Music’s Entertainer of the Year three times.

For every full-throttle, swagger-filled hit such as “Hicktown” and “Johnny Cash” in Aldean’s catalog, he’s managed to balance it with mid-tempo or slower jams drenched in vivid imagery, such as the parched lands and relentless heat of “Amarillo Sky,” the careening, imaginary tales meant to hide despair and heartache in “The Truth,” or even the more recent collaboration with Miranda Lambert, “Drowns The Whiskey,” as he turns to his preferred coping mechanism to help grapple with the emotional wreckage following a breakup.

9 opens with such a track, the Neil Trasher and Michael Dulaney-penned “Tattoos and Tequila.”

“Neil is such a great storyteller, for one,” Aldean says. “I love those songs that tell a story and you can almost see it unfold like a movie. He wrote ‘Rearview Town;’ it’s just one of those songs where you can see the bartender wiping off the bar and looking at the guy. When you’re singing that stuff, you’re visualizing all those things, too. Someone said this one time, they called it ‘song furniture,’ where all the words and pieces are part of the puzzle, just filling up the room with song furniture. That’s kind of what you see as the song is going by, and it’s just a great story.”

A lover of both songs and stories, it’s no surprise that Aldean was among the millions that watched Ken Burns’ acclaimed eight-part series Country Music that debuted in September.

“For me, that late ‘60s, early ‘70s era with Willie and Waylon was really cool. Some of the history stuff—some I knew and there were parts I didn’t. I do wish they would’ve spent a little more time on the ‘80s and ‘90s. There’s a quick little blurb on George Strait, Randy Travis and Alabama. And those guys were so instrumental. George Strait has obviously been pretty significant to country music over the years. That was the only part of it that felt a little rushed toward the end to me when it got to that. Everything else that I thought was really well done.”

No one would mistake Aldean’s signature sound, with its odes to small-town life and small-town love wrapped in grungy guitar riffs and pulsating rhythms, for the more purist sounds of Strait, but if there is one thing that Aldean seems to have taken from Strait’s playbook, it’s that consistency often keeps fans returning to concert after concert.

“We Back,” the first single from 9, is a return to form for Aldean, the kind of heavy-hitting, radio-ready fare in the vein of “Take A Little Ride” or “Lights Come On,” that offers more unrepentant swagger than the sweet, crooning soul-country currently dominating airwaves.

“Putting out ‘We Back’ as the first single, we had recently put out songs that were lyrically really tight like ‘Drowns The Whiskey,’ ‘Any Ol’ Barstool,’ and ‘You Make it Easy.’ Then here we come with ‘We Back,’ which it is what it is. It’s an up-tempo banger. Lyrically, I don’t know that anybody will ever say it’s a great song. But I feel like those big tempos are such a big part of what we do. It’s a sound that we created and brought into the country music format. That’s kinda our spot in country music. It’s been a minute since we’ve had that out, and it’s got some attitude to kick off the record.”

Even when he does settle into a an ode of romantic fidelity, such as the new album’s “Got What I Got,” the crackle of vinyl in the intro and the track’s semi-sparse production gives off an effect more smouldering than syrupy.

“’Got What I Got,’ that’s my wife’s favorite song,” Aldean says. “I never shy away from the fact that my influences are all over the place, from blues to R&B, hip-hop, rock, country, whatever. It’s just got this R&B feel, and almost sounds like it’s going to be like a Boyz II Men song when it first comes in, and with the drums on it.”

For much of the album, Aldean revisits and refines his approach to similar topics traced in previous projects—small-town girls in love with small-town boys (“Camouflage Hat”), espousing a country lifestyle (“Dirt We Were Raised On”) and use of alcohol to either heighten or deaden emotions, depending on the situation (“Came Here To Drink,” “I Don’t Drink Anymore”).

As one of the rare Nashville artists who rely heavily on songs penned by outside writers, Aldean welcomed back a handful of artist-writers behind some of his previous hits. Brantley Gilbert, who penned Aldean’s genre-shifting 2011 single, “Dirt Road Anthem,” wrote the unifying track “The Same Way,” alongside Brock Berryhill and Cole Taylor. Morgan Wallen and Florida Georgia Line’s Tyler Hubbard, who co-wrote Aldean’s 2018 hit “You Make It Easy,” each have co-writes on the new project.

“Brantley and Tyler both texted me and just said, ‘I know you’re going in the studio. Are you looking for anything in particular?’ Brantley sent me four or five things. I always tell people it’s not hard to find a tempo song, it’s just hard to find a good one, because I’m so picky with those kinds of songs. There’s a ton of great [mid-tempos] and ballads out there.”

Producer Knox tries to keep the music fresh by switching up the teams of writers he uses and trying out new mixing engineers.

“I’ve changed writing crew multiple times,” Knox says. “It took two or three years to build the writing team we have around him now, where we were working through the [2010] My Kind of Party album. We were changing our team two albums ago so now we are at the peak of that. I tried to find a new mixer who mixes sound for a lot of live bands, and found a guy who mixes indie rock bands to use on this project.”

Knox also acknowledges the more organic feel of some of the songs on the new project.

“I think we’ve all hit the annoying drum loop thing as high as we can go, and the high-hats and crazy clicks and all this stuff. If you look on this record, there are a few songs that really lean more country.”

Next year will take the album to the fans with the launch of his We Back Tour with Morgan Wallen, Riley Green and Dee Jay Silver. But first, he will return to Las Vegas for a three-night stint at Park Theater at Park MGM on Dec. 6-8. The venue is mere blocks from the site of the Route 91 Harvest Festival, where just over two years ago, a mass shooting occurred while Aldean was performing onstage. The 2017 tragedy would claim the lives of nearly 60 people.

The December shows will mark Aldean’s first full-show, non-festival performances in Vegas in the past few years. Aldean returned to Las Vegas in 2018 to perform as part of the iHeartRadio Music Festival.

“It will be our first time going back there,” he acknowledges. “It’s a smaller, intimate venue—I think it holds about 5,000 or something, I think we are probably going to have people maybe coming out to those shows who haven’t been to a concert since Route 91, so to have them come in to a little bit more of an intimate deal and hopefully feel safe and be able to enjoy the show, it’s going to be a sure emotional thing for a lot of those people and probably us as well. It’s one of those things, anytime we ever go to Vegas, no matter what it’s for, that’ll be something that is always with us, you know? To go back for the first time and play some shows there, I think it will be good for us. I think it would be good for the fans coming to watch and hopefully be a good experience.

“It’s one of those things that we always wanted to make sure we waited until the right time to do that. There was a time where it would have been too soon and also we wanted to make sure if we went back that we did it the right way. The response has been good, which tells me people are excited that we’re coming there and excited to come see us. So it makes us feel good, and we’re excited for it.” 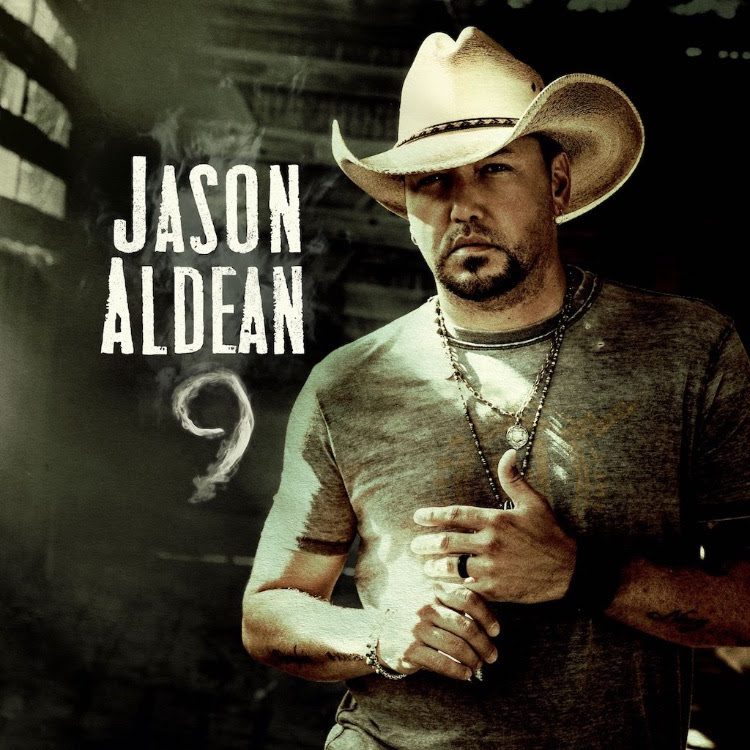