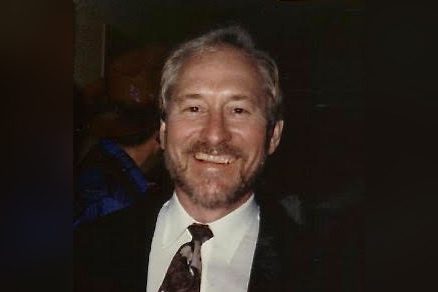 Glaser who began his career as a member of the award winning trio, Tompall & The Glaser Brothers, was known as an accomplished artist, producer, and businessman.

Born Charles Vernon Glaser in Spalding, Nebraska, in the winter of 1936 to Louis and Marie Glaser, Chuck spent his early years helping his father manage the family’s 1,200-acre farm northeast of Spalding. During his teenage years, Chuck joined his brothers, Tompall and Jim, as master of ceremonies announcing songs and telling jokes as the teens played talent shows and fairs around Nebraska. Later that year Chuck began singing with his brothers.

The brothers’ break into professional show business came in 1957 when they won the Arthur Godfrey’s Talent Show. Their father arranged an audition in Grand Island, and Marty Robbins signed The Glaser Brothers to his roadshow and to his label, Robbins Records.  The Glaser Brothers released their first single in 1958 singing, “Five Penny Nickel,” a song Chuck penned.

In 1959 Decca Records purchased the boys’ recording contract from Robbins and producer Owen Bradley began producing their records. Chuck was drafted into the United States Army in 1959, serving his country until 1961. Joe Babcock, a childhood friend from Nebraska, filled in for Chuck while he was away. After his discharge Chuck returned to the group and the brothers officially joined the Grand Ole Opry, having performed on the show since their arrival to Nashville in 1958.

During this time The Glaser Brothers were in demand as background singers for recording sessions around Nashville. They can be heard on several of Robbins’ records, including “She Was Only Seventeen.” They toured with Johnny Cash and Patsy Cline and can be heard on Cash’s 1962 The Sound Of Johnny Cash, as well as “Ring Of Fire.” Among their sessions are Roy Orbison’s “Leah” and Claude King’s “The Comancheros.” They also worked with other artists including George Jones and many of Hank Snow’s singles before going on their own in the 1960s.

Signing with MGM Records in 1967, and employing Jack Clement as their producer, brought chart success with songs like “Gone, on the Other Hand,” “California Girl (and the Tennessee Square)” and “The Moods of Mary.”  The Glaser Brothers’ cover of the Cymarron pop hit “Rings” reached No. 7 on the Billboard charts (No. 1 on Cashbox and Record World) in 1971. In 1982 their Elektra Records release of the Kris Kristofferson song “Loving Her was Easier (Than Anything I’ll Ever Do Again)” stayed for two weeks at No. 2 on the Billboard charts.

Chuck was also a successful songwriter. Hank Snow recorded many of Chuck’s songs including “That’s You and Me,” ” I’m Not at All Sorry for You” and “Where Has All the Love Gone” (later recorded by Susanne Lane with new lyrics and title “Søde Sommerminder” in 1972, staying over 40 weeks at No. 1 in Denmark). Johnny Cash recorded “You Won’t Have Far to Go” for his 1962 The Sounds of Johnny Cash album. Anita Carter of the Carter Family recorded Chuck’s 1963 song “Fly, Pretty Swallow.”

Along with brothers Jim and Tompall, Chuck owned and operated Glaser Sound Studios in Nashville, where Kinky Friedman, John Hartford, Jimmy Payne and assorted other artists got their start. Friedman recorded his groundbreaking Sold American album at the studio—known during the Outlaw days as Hillbilly Central—and Jennings recorded his classic “Dreaming My Dreams” there with Cowboy Jack Clement. Another groundbreaking album recorded at the studio was Hartford’s bluegrass album Aero-Plane.

Chuck is credited with discovering many songwriters over the years, including John Hartford, Jimmy Payne, Kinky Friedman, Buddy Starcher, and Willis D. Hoover. Chuck booked many of these artists for his Outlaw Music Festival shows.

Chuck ran the Glaser Brothers’ publishing companies Glaser Publications, Glaco Publications and Glaser Brothers Music which had in its catalogue hits including “Gentle On My Mind,” “Woman, Woman,” “Sitting in an All Night Cafe,” “Streets of Baltimore,” “A Girl Like You,” “History Repeats Itself” and “Where Has All the Love Gone.”

Suffering a stroke in 1974, it took Chuck many years to reclaim his singing voice. He rejoined his brothers in 1979 releasing two albums in the 1980s produced by Jimmy Bowen on Elektra Records, Lovin’ Her Was Easier and After All of These Years being awarded Billboard’s Artist Resurgence Award in 1982.

Later in life, Chuck’s professional passion focused on bringing George Bowers’ song and story of Christopher the Christmas Tree to children everywhere. Chuck discovered Bowers, an owner of a Christmas tree farm and later founded a record label, Hidden Hollow Records, to release the song and the album of Christopher’s story. He worked endlessly to have the story reach as many children as possible culminating in an animated children’s Christmas television show which was nominated in 1995 for the Gemini Award (Academy of Canadian Cinema & Television), for the Best Animated Program or Series. The story and music of Christopher the Christmas Tree first aired on television on December 24th, 1994, on the FOX TV Network (USA) and has subsequently been shown in over 94 countries and has been translated into nine languages.

Another one of Chuck’s dreams was realized in 2016 when he independently released his solo album That’s When I Love You The Most.

The family has yet to announce funeral arrangements.