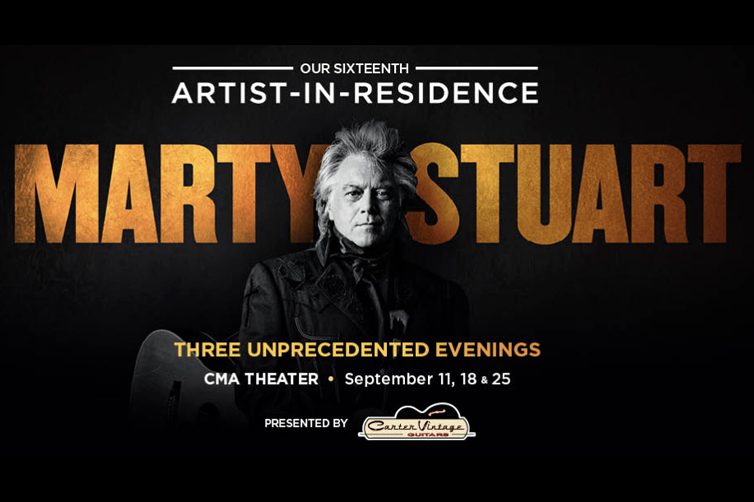 Marty Stuart has announced a string of guest performers for his upcoming artist-in-residence shows at the Country Music Hall of Fame and Museum. Stuart will produce and perform three shows — Sept. 11, 18 and 25, 2019 — bringing with him his Fabulous Superlatives band and friends from his nearly half-century of music making.

See below for the lineup:

September 11: The Pilgrim
Stuart will celebrate the rerelease of his landmark 10th studio album, The Pilgrim (1999), which showcases his songwriting and instrumental talents and tells the story of a man from Stuart’s hometown of Philadelphia, Mississippi. He will celebrate this 20-year milestone with a host of musical guests including Chris and Morgane Stapleton, Country Music Hall of Fame member Emmylou Harris, Country Music Hall of Fame member Connie Smith, Gary Carter and Kristin Wilkinson with her Superlative Strings.

September 25: Songs That Tell a Story
Stuart will pay homage to country music’s musical stories with an acoustic show. This line-up will feature a number of Nashville’s most influential and revered storytellers including John Prine, Doug Kershaw, Dallas Frazier, Brandy Clark and the Fabulous Superlatives.

Tickets for all three shows are on sale now and can be purchased at CMATheater.com. Tickets for each show range from $39.50 to $85.50 (plus ticketing fees). Sales are limited to four tickets per transaction on a first-come, first-served basis, and are non-refundable. Shows begin at 8:00 p.m. The museum’s artist-in-residence program is presented by Carter Vintage Guitars. 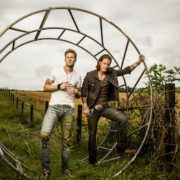