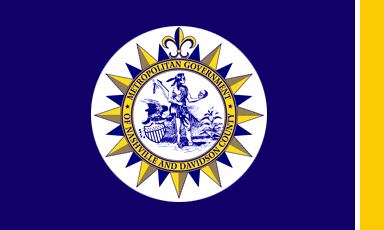 With a new Nashville Metro resolution (RS2019-1688)—approved by Mayor David Briley on April 17, 2019 and sponsored by Jeff Syracuse, a 20-year veteran of music industry, and employee at performing rights organization BMI—the Council of the Metropolitan Government of Nashville and Davidson County has aligned itself in support of songwriters alongside the Nashville Songwriters Association International (NSAI) and National Music Publishers Association (NMPA).

The resolution follows last month’s announcement that streaming services including Amazon, Spotify, Google, and Pandora had each filed a notice of appeal against the Jan. 27, 2018 ruling by the U.S. Copyright Royalty Board (CRB), which increases the amount streaming companies must pay publishers and songwriters by nearly 44 percent. Notably, Apple Music has not filed a notice of appeal.

NSAI and NMPA held a town hall in Nashville after Spotify had planned to host one of its own, but never moved forward. Spotify was specifically invited and did not show up. A similar town hall meeting is scheduled in Los Angeles on May 13.

On April 9, 2019, a slew of previously honored Spotify Secret Geniuses penned an open letter to the streaming service, which has taken the brunt of the public pushback against their planned appeal.

“We know that [Spotify is] not the only DSP appealing the CRB rate determination. [They] are, however, the only provider that made [songwriters] feel we were working to build a modern music industry together,” in a letter jointly signed by songwriters including Ashley Gorley, Barry Dean, Brett James, busbee, David Garcia, David Hodges, Emily Weisband, Greg Wells, Jesse Frasure, Lori McKenna, Luke Laird, Nicolle Galyon, Rodney Clawson, Ross Copperman, Shane McAnally, and Zach Crowell.