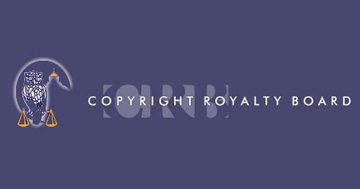 In February, the U.S. Copyright Royalty Board formally issued the final rates and terms for songwriter mechanical royalties, determining the amount labels and digital services are to pay music publishers. The rates represent a rise of 44 percent to be issued to songwriters. As reported today by Variety, digital service providers Spotify, Google, Pandora and Amazon have each filed a notice of appeal for the ruling.

A joint statement issued from Spotify, Google and Pandora says:

“The Copyright Royalty Board (CRB), in a split decision, recently issued the U.S. mechanical statutory rates in a manner that raises serious procedural and substantive concerns. If left to stand, the CRB’s decision harms both music licensees and copyright owners. Accordingly, we are asking the U.S. Court of Appeals for the D.C. Circuit to review the decision.”

NMPA President & CEO David Israelite and Nashville Songwriters Association International (NSAI) Executive Director Bart Herbison have issued their own response to the actions of the digital service providers. The NMPA is set to file its own notice of appeal.

“When the Music Modernization Act became law, there was hope it signaled a new day of improved relations between digital music services and songwriters,” said Israelite. “That hope was snuffed out today when Spotify and Amazon decided to sue songwriters in a shameful attempt to cut their payments by nearly one-third.

“The Copyright Royalty Board (CRB) spent two years reading thousands of pages of briefs and hearing from dozens of witnesses while both sides spent tens of millions of dollars on attorneys arguing over the worth of songs to the giant technology companies who run streaming services. The CRB’s final determination gave songwriters only their second meaningful rate increase in 110 years. Instead of accepting the CRB’s decision which still values songs less than their fair market value, Spotify and Amazon have declared war on the songwriting community by appealing that decision.

“No amount of insincere and hollow public relations gestures such as throwing parties or buying billboards of congratulations or naming songwriters “geniuses” can hide the fact that these big tech bullies do not respect or value the songwriters who make their businesses possible.

“We thank Apple Music for accepting the CRB decision and continuing its practice of being a friend to songwriters. While Spotify and Amazon surely hope this will play out in a quiet appellate courtroom, every songwriter and every fan of music should stand up and take notice. We will fight with every available resource to protect the CRB’s decision.”

“It is unfortunate that Amazon and Spotify decided to file an appeal on the CRB’s decision to pay American songwriters higher digital mechanical royalties. Many songwriters have found it difficult to stay in the profession in the era of streaming music. You cannot feed a family when you earn hundreds of dollars for millions of streams.

“Spotify specifically continues to try and depress royalties to songwriters around the globe as illustrated by their recent moves in India. Trying to work together as partners toward a robust future in the digital music era is difficult when any streaming company fails to recognize the value of a songwriter’s contribution to their business.”