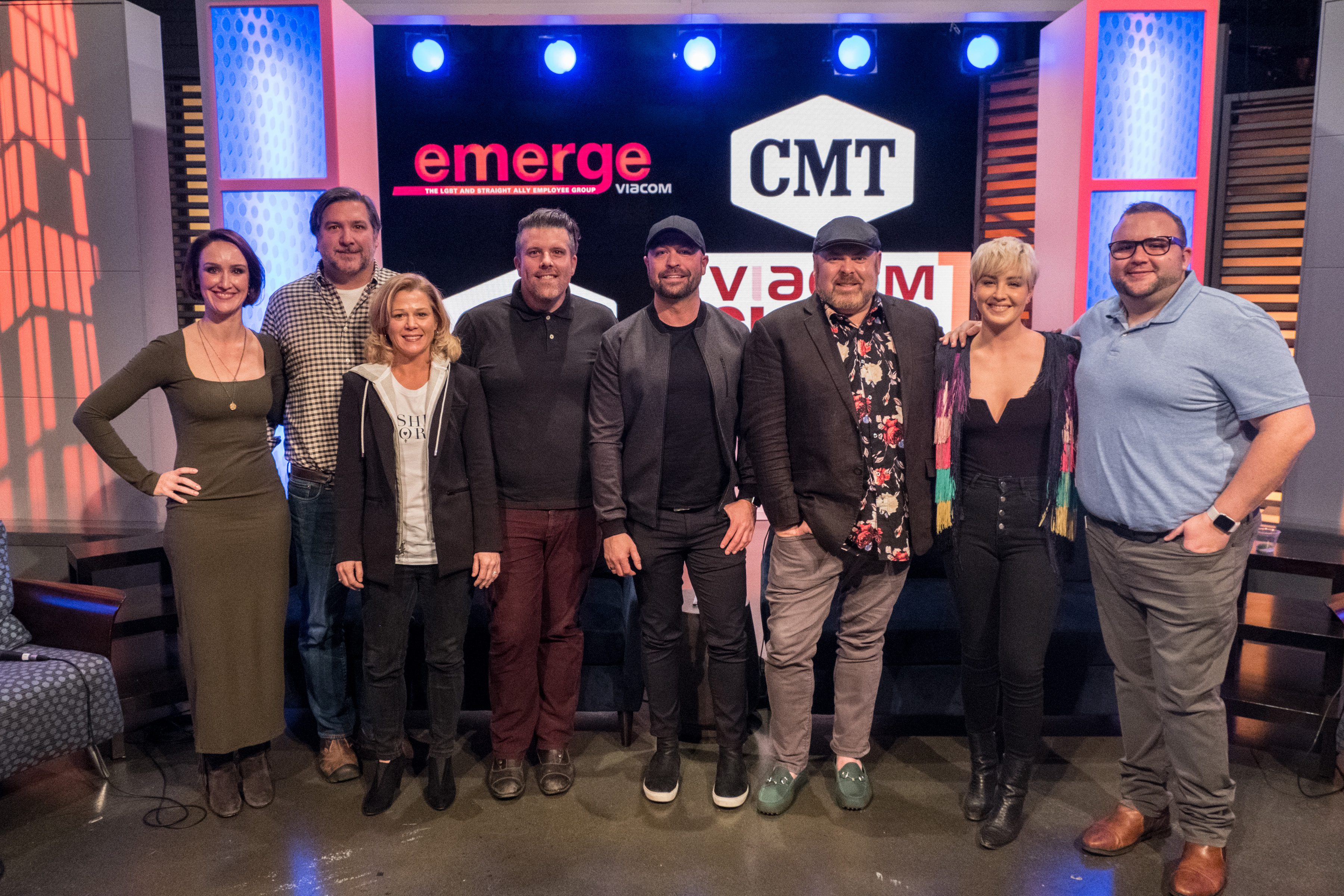 Notably, Barton cited a restructuring of CMT within Viacom two weeks ago, expected to yield more progressive programming on various cultural fronts. This builds on the network’s portrayal of a gay and trans character, namely in Nashville.

“[A week ago CMT was] reorganized, now managed by Chris McCarthy who runs MTV, VH1 and LOGO,” said the SVP Marketing, Creative & Operations at CMT. “This is where CMT originally was in Viacom, and those music networks are usually a lot more progressive. Give us around 18 months until things hit the air.

“CMT viewers are a smaller part of country fans,” continued Barton. “Something that made everyone surprised is country fans are in line with the general population—not more conservative or liberal. I think we at CMT have made decisions assuming they were super conservative. We’re not here to teach a bunch of lessons—that’s another network’s job—but we need to be responsible to the people who have access to us. We’re inviting as many people to the table as we can—that’s what good business does.”

The insightful panel continued, with Tarleton speaking on behalf of his record label roster, which over the years has become more inclusive.

“At the end of the day it’s: Do you have a message that we want to help share around the world? This is sad to say, but I started in creative services and there would be people probably 20 lbs overweight and it was my lucky job to say, ‘Before you start radio tour, you’re gonna get a trainer because you have to fit into this mold before we can do something with you.’

“Encouraging someone to change a part of who they are to fit into what we think would work is not something we do today.”

Dean, who was hired by Luke Lewis at UMG, estimates 10 percent of her current workforce identifies as gay. She is proud of her roster’s influence, namely from Kacey Musgraves or Luke Bryan’s MusicRow Song of the Year, “Most People Are Good.”

The panel continued with profound insight in why visibility is important.

“I am sick of people saying, ‘[Shut up and sing]’,” contributed Rose, on behalf of recording artists. “We travel all over the world, we get to see all sorts of people. We work with people from all different backgrounds. We might know what we’re talking about when it comes to seeing all walks of life or people treated in an unjust way.”

Barton continued of the importance in speaking out. “If you hear a message a certain number of times within a certain amount of time, you believe it. If nobody corrects that, then that’s the only message out there. That’s why it’s important for entertainers to speak up if they heard their song was played in a rally they disagree with, because the assumption is they didn’t care enough to speak up.”

Though Viacom is based in New York, Barton cites his occasional experience with co-workers or bosses. “There are junior people on this staff that should never be part of that,” said Barton. “All of us here enjoy great success, and we need to look out for people.

“Saying you’re an out person is actually a really strong political statement. That takes a lot of courage, even now. There were trailblazers long before my time, but it’s important to hold on to what we have now. We are role models by just existing.”

“The way I was treated and brought in to a conversation in 1994 versus 2018 is like night and day,” confessed Tarleton of the industry. “I heard all the words you could imagine when I walked off an artist tour bus when I worked for RCA Records. Of course it was very hurtful, but it gave me the toughest skin you could imagine.” For Tarleton his role models were strong females in the business, like Dolly Parton or Reba McEntire. “They succeeded beyond expectation in an industry that didn’t necessarily support their acceleration,” mused Tarleton. “I saw them pressing against societal norms. That’s a reason gay men can relate to these divas; they had obstacles and did it anyway.”

Moderator Alan, who came out in the public eye in 2017, asked what repercussions a major label country artist may face in following suit.

“There would be lots of people who [didn’t think twice about it], and there would be a percentage saying, ‘I thought I knew you. Is there was something else you haven’t been truthful about?'” Tarleton said. “That’s the reaction I got. It was, ‘I wish I knew you sooner.'”

The panel empathized as to why a country artist might remain closeted, citing repercussions the Dixie Chicks faced in 2003 for standing behind their political beliefs.

“There’s probably a lot of pressure on these A-list artists, who are running a pretty big business traveling from town to town,” said Barton. “There’s a lot behind the scenes. A way to be an ally is to say, ‘This could be rough, but we believe in this and think this is the right thing to do. You’ll be better on the other side.'”

“Having people say, ‘We’re with you in this’ was really helpful,” Alan anecdotally shared of his office’s support. “As it comes to [the country music audience], the human connection and bond that started happening because you’re revealing your authentic self has made what I do a whole lot better…I think we perceive sometimes [the country audience] as not accepting. They’re actually very open.”

Dorsch looks forward to a day when an LGBTQ+ artist feels confident enough to use the proper pronouns on country music. “I would love to see the day where a man can say ‘him’ in a song and the song be so great it has to get played,” said Dorsch. “Melissa Ethredge’s big hits were all ‘they,’ ‘them,’ ‘I,’ and ‘you.'”

Dean, who is VP Radio Promotion at MCA Records, cited several gay radio programmers as hope for the future. Tarleton feels encouraged watching young staffers live openly in an environment that wasn’t always that way. “The most important thing for me is to embrace the fact we all are different,” said Tarleton. “My approach is: If you want to know about me, just ask. My heart’s on my sleeve.

“There are lots of people who have never even had a conversation with someone who they knew to be an out person. Once you have that, they’re like, ‘Wait, you want to go to lunch at noon too? I thought you guys didn’t eat lunch. [Laughs].”