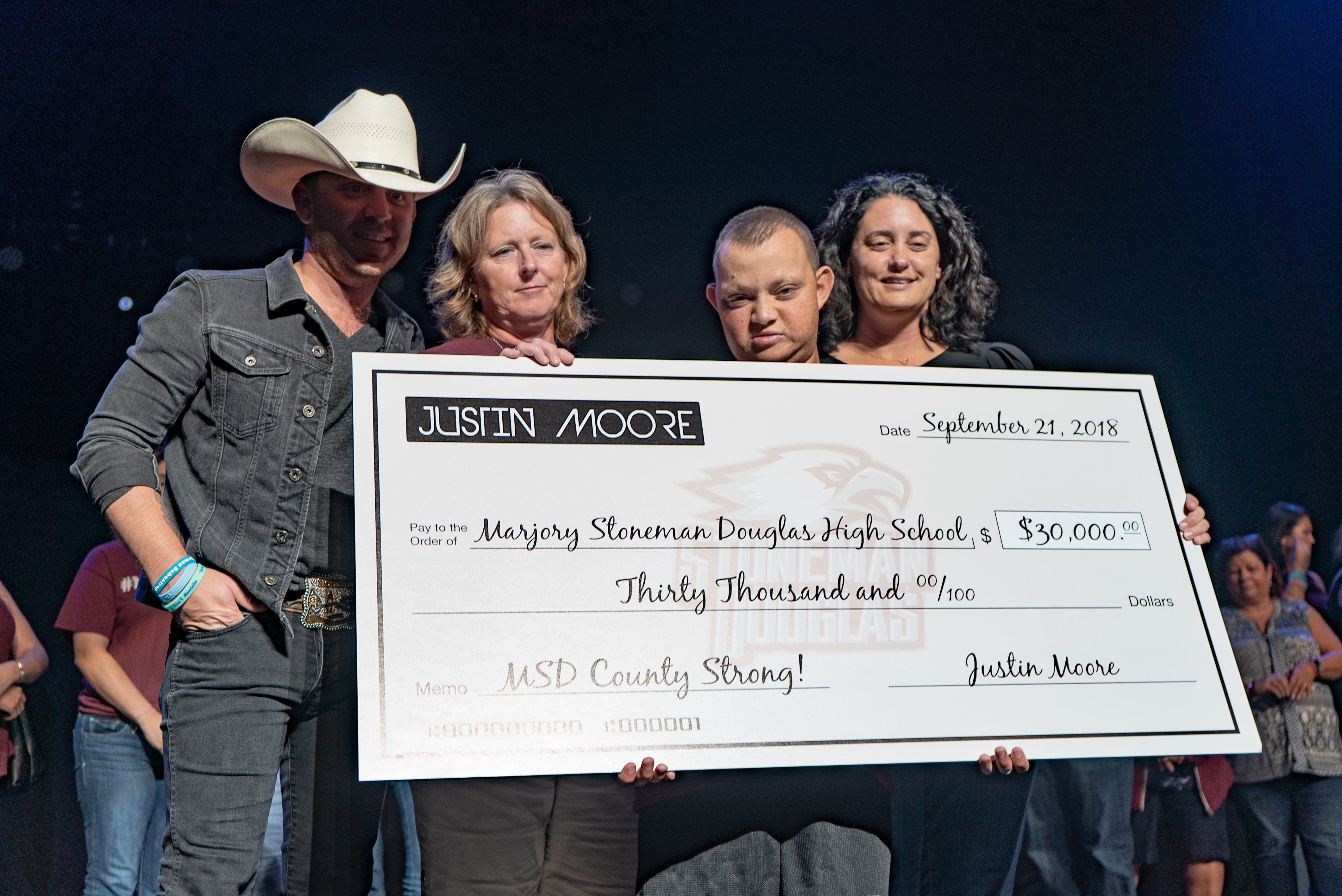 Prior to Moore’s set, the father-of-four donated $30,000 to the MSD Fund on behalf of his family and crew, which will go towards honoring the heroes, victims and survivors of gun violence in schools. During the performance, Moore gathered families of the victims on stage and addressed the crowd:

“I’m of the belief that when God allows you to have a platform like I have, you’re supposed to use it for good. I’m a father of four. I send each and every one of them to school every day and drop them off. Usually it’s late,” he jokes, “but I drop them off each and every day. My first prayer is that they’ll come home safe that afternoon. I can’t even fathom what these families up here—and maybe some of you guys—have had to deal with and the difficulty this has caused. So sorry for that. I’m not going to pretend to know what that feels like. Just know that from me and my camp that we’ll be praying for your continued healing, and we hope and pray that one day, at some point, you’ll see your loved ones again.”

Before singing “If Heaven Wasn’t So Far Away,” Moore thanked all servicemen and women, nurses, policemen, teachers and more, dedicating the track to those who lost their lives. “I’ve got to be honest,” said Moore. “I’ve done a lot of charity events over the years…This one has really touched me…having the opportunity here tonight to meet wives and dads and moms, brothers, sisters and sons and daughters. It really is touching, especially me being a father. It affects me.”