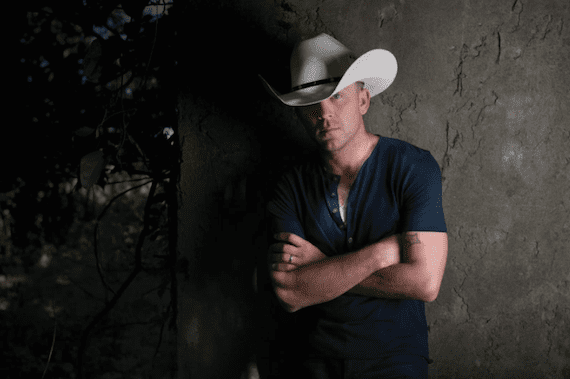 Justin Moore‘s most recent RIAA certified Gold single “Somebody Else Will” might have come as a surprise to some fans, with its use of polished beats and smooth, spacey guitar riffs, over which Moore’s vocals held the slightest shadings of R&B. But now the singer-songwriter is following that with what will be his most traditional country-leaning album yet.

“I’ve always said if I could go make the album I wanted to make and didn’t have to worry about what anybody else thought, I would put out an album that sounds like it came out in 1992,” Moore tells MusicRow. “I’ve said that for so long, that I thought, ‘Well, why don’t I just go ahead and do that?’”

In its early stages, the as-yet-untitled album will be Moore’s fifth for The Valory Music Co., and follows 2016’s Kinda Don’t Care, which produced two gold singles, the aforementioned “Somebody Else Will,” and “You Look Like I Need A Drink.” This time, Moore is doubling down on his hybrid country and Southern rock sound, calling on longtime writing buddies including Rhett Akins and David Lee Murphy, who each had their own charting singles as artists in the ‘90s. Akins hit with “Don’t Get Me Started” and “That Ain’t My Truck” (which remains a frequent country radio recurrent), while Murphy’s ’90s hits include “Dust On The Bottle” and “Party Crowd” (and most recently, “Everything’s Gonna Be Alright,” his duet with Kenny Chesney). Moore also reunited with longtime producer and co-writer Jeremy Stover on the new project.

But first, Moore will hit a new career milestone on Wednesday evening (May 2), bringing his Hell On A Highway Tour to Nashville’s mother church, the Ryman Auditorium, for his inaugural headlining show at the historic venue.

“We’ve done a lot of charity events, but it’s our first time bringing our show to the Ryman and to Nashville at all, which is hard to believe,” says Moore, who released his first album nearly a decade ago.

“We are definitely going to have some buddies show up, and I’m excited about that. Any time you have the opportunity to walk onstage at the Ryman—I’m such a huge fan and have such a huge respect for the history of country music.”

Hours before his Ryman show, Moore will meet with executives at Big Machine Label Group to sift through nearly 50 potential songs for the new album.

“I’ve been writing a ton, probably more than I have since the very beginning of my career. We will try to whittle the songs down to 20.”

Though Moore has a wealth of material for his upcoming project, don’t expect a sneak preview of the songs during tonight’s Ryman show.

“Some of the songs are like a week old. My band hasn’t even heard them,” Moore says. “The last thing I want to do is screw up a new song on a Ryman show. But hopefully we will get in the studio this summer.”