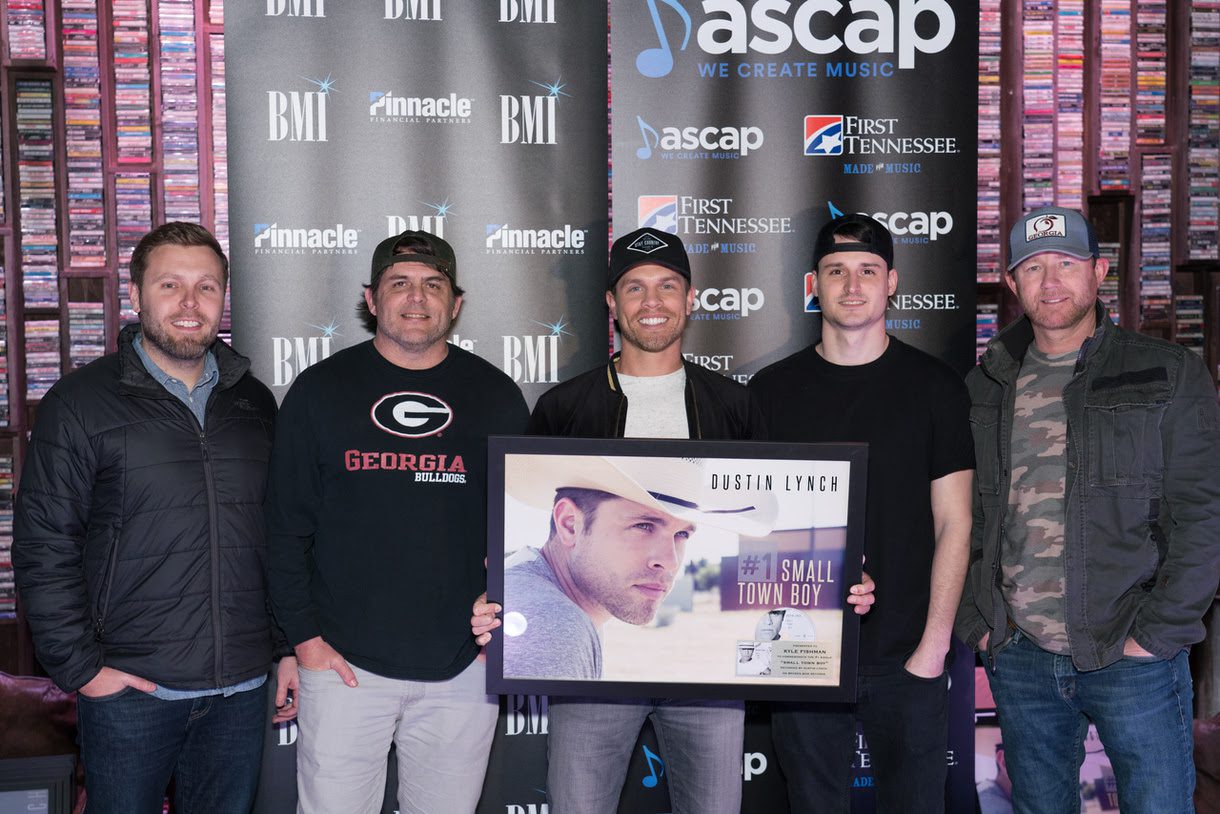 Dustin Lynch celebrated his fifth No. 1 along with an excited crowd of friends and family at downtown Nashville’s Headquarters Beercade on Wednesday (March 7). “Small Town Boy” was written by Rhett Akins, Ben Hayslip, and became the first No. 1 for new writer, Kyle Fishman. Fishman was presented with a BMI guitar for his first No. 1 during the ceremony, hosted by BMI’s Josh Tomlinson. The track was produced by Zach Crowell.

A career-changing song for Lynch, “Small Town Boy” was the largest audience song of 2017 and the Broken Bow Records artist’s fifth consecutive single to make it to No. 1, where it stayed for four weeks. The song reached an impressive 1.56 billion people through radio, according to CRB’s Holly Freeman.

“Dustin dominated last summer with ‘Small Town Boy,’ and I promise you this next summer we have something coming,” prodded Loba, “and stadiums are on the horizon.” 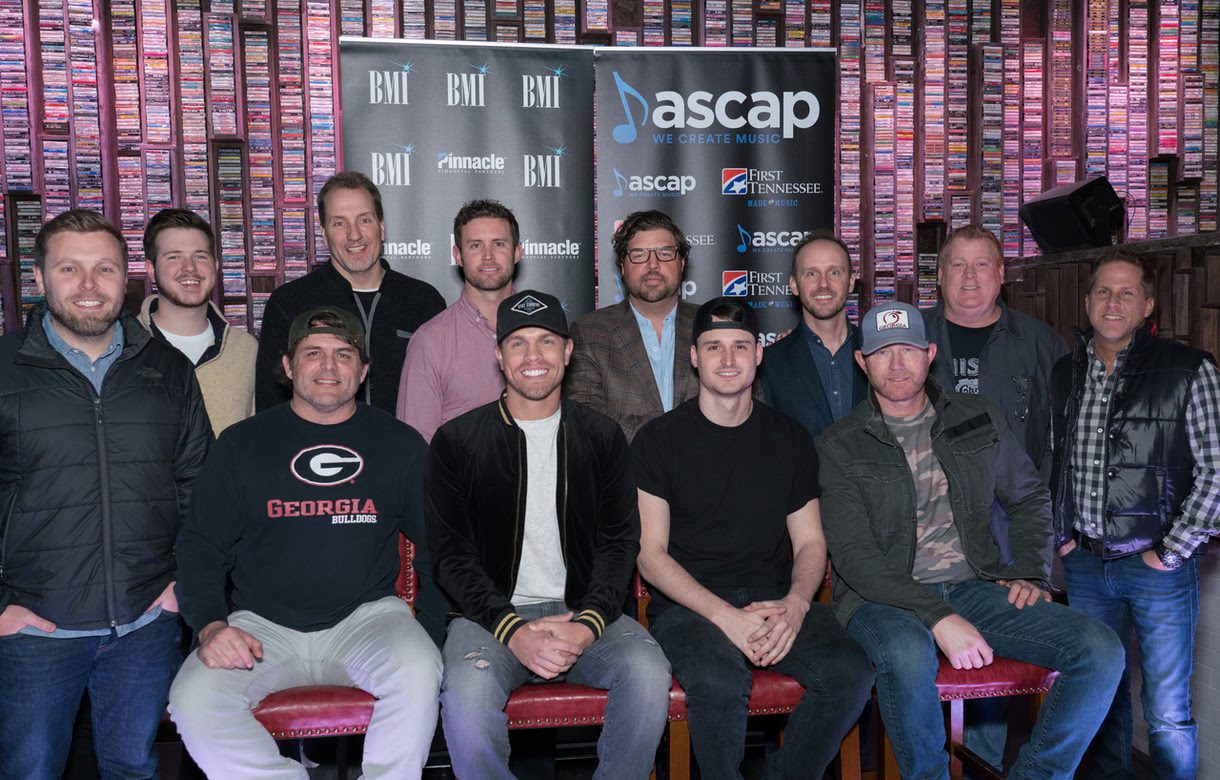 THiS Music’s Rusty Gaston thanked an unusual contributor to the song for having the writers out on the road. “We also want to thank Luke Bryan and Kerri Edwards for this because they invited the Peach Pickers (Akins, Hayslip and Dallas Davidson) to come out on the road and while they were out there, I think Rhett probably got drunk, woke up hung over, probably didn’t want to write while out on the Luke Bryan Farm Tour,” said Gaston.

While Akins debunked Gaston’s suspicion, he confessed to contributing to the song while never leaving his bus bunk on a rainy day in Knoxville. “I wasn’t that hung over actually, but I didn’t get out of the bed to write it. I actually laid in the bunk the whole time,” he joked.

Tom Luteran of Sony/ATV announced their donation to MusiCares in Akins’ name to celebrate.

President of Play It Again Music, Dallas Davidson had a lot to say about their new chart-topping songwriter, Kyle Fishman, commending the California native on his hard work and perseverance. “Kyle came to town and slept on the couch at the office for a couple of weeks. I cannot tell you how hard he works, how talented he is, he’s not just a track-guy, he’s a hustler. Kyle Fishman is a world class songwriter.”

Davidson also thanked Play It Again’s previous Creative Director and song plugger, Hannah Montgomery, for stealing Lynch’s email from Davidson’s phone and sending the Broken Bow Label Group star the song, along with other Play It Again staffers and the team at Broken Bow.

ASCAP’s Mike Sistad congratulated Hayslip on his 21st No. 1 and announced that he had just received his fourth CMA Triple Play award. He also congratulated Crowell for producing the record and thanked ASCAP’s No. 1 party partner First Tennessee Bank.

“This is probably the biggest song of my career…a four-week No. 1 and all that stuff,” confessed Hayslip of his third single with Lynch.

Lynch closed the celebration by thanking everyone, careful not to leave anyone out. Starting with his parents, Lynch thanked his L3 Entertainment management team, songplugger Hannah Montgomery, producer Zach Crowell, the songwriters, the BBR team, his PR reps Jay Jones and Jensen Sussman, and WME.

Lastly, an emotional Lynch thanked his band and crew. “Five in a row and I still cry. Thank you guys and girls for continuing to dedicate your lives to my dreams.”

Lynch closed with a dedication to the writers, “It all starts with a song. We live to be on stage and perform and have that feeling. Thank you guys for creating music and for getting music heard. Thanks for making our dreams come true. Cheers.”