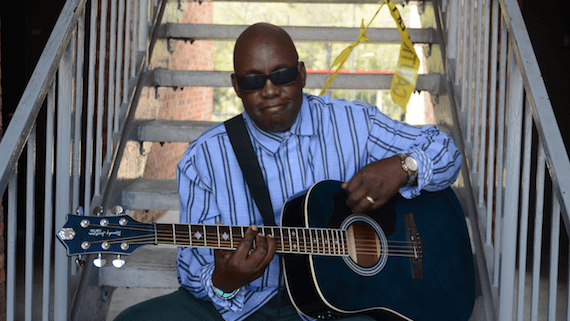 For more than four decades, Boyce was a cornerstone figure of Music City’s r&b and gospel industries. He wrote, sang and/or produced some of the most prominent soul and disco hits ever made in Nashville.

An alumnus of Leadership Music, Boyce was associated with such top stars as The Temptations, Little Richard, Peabo Bryson, Shirley Caesar, Wilson Pickett and Teddy Pendergrass.

Born in 1948, Jesse Boyce was a native of North Carolina. As a high-school student in Greensboro, SC, he was classically trained on piano, organ, drums, guitar and bass. After earning a degree from American Baptist College in Nashville, he became a top session musician in Muscle Shoals, AL.
As a bass player in The FAME Gang of session players, he backed Candi Staton, Wilson Pickett, Bobbie Gentry, Clarence Carter and many other top stars. The FAME Gang (featuring Boyce) also made records under its own name, including 1969’s “Grits and Gravy” and “Soul Feud.”

Boyce began writing and recording in Nashville in 1972. He formed the soul band Bottom & Co., which was signed to Motown Records in 1973. This made Bottom & Co. the first modern Nashville black act on a major label.

Moses Dillard moved to Nashville that year. He and Boyce resumed their musical partnership. Working under the billing The Saturday Night Band, they scored a No. 2 disco hit with Boyce’s written and sung “Come On, Dance, Dance” in early 1978.

Continuing as a studio group, this time billed as The Constellation Orchestra, they hit the disco top-10 again that summer with “Perfect Love Affair.”

Meanwhile, Bill Brandon scored a 1978 top-30 hit on the r&b charts with “We Fell in Love While Dancing,” co-written and co-produced by Dillard and Boyce. In early 1979, Dillard and Boyce co-produced the big Lorraine Johnson disco hits “Feed the Flame” and “Learning to Dance All Over Again.”

This time billed as Dillard & Boyce, the team again gained its own spotlight by issuing their We’re In This Thing Together album on Mercury Records in 1980. Boyce sang lead and wrote or co-wrote all but one of its tunes.

With the disco ensemble dubbed Frisky, Boyce hit the dance charts again with “You Got Me Dancing in My Sleep” and “Burn Me Up” in 1980. He next joined the soul trio Spunk, with whom he made the r&B charts via “Get What You Want” in 1981. Jesse Boyce was the writer, lead singer and co-producer of this group, which reportedly sold four million records in the U.K.

In 1982, he hit No. 1 on the disco/dance charts via Linda Clifford’s version of “Let It Ride,” which he wrote and produced. Over the years, Jesse Boyce’s songs have also been recorded by The Temptations, Ben E. King, The Dells, The Commodores, The Impressions, O.C. Smith, Bloodstone, David Ruffin and The Chi-Lites, among others.

In 1983, Jesse Boyce was signed as a solo artist by Nashville’s Compleat Records. He issued “Bluer Than Blue” (1983) and “It’s Your Chance (To Break Dance)” (1984) for the label. This is also when he became the lead singer for the nostalgic golden-oldie bands The Marvels and The Sons of the Beach.

Around 1986, he began his 30-year tenure as the bass player for Rock ‘n’ Roll Hall of Fame legend Little Richard.

He resumed his education at Vanderbilt’s Divinity School and at Memphis Theological Seminary. He composed and recorded soundtrack music for a number of religious documentary films. Boyce eventually became the music minister at Gordon Memorial United Methodist Church in North Nashville.

He and Dillard co-produced the 1991 Warner Bros. Records gospel CD by New Faith. This group was composed of inmates at the Tennessee State Prison who were serving life sentences. Boyce sang backup on the record and co-wrote four of its tunes. This disc included guest appearances by Sam Moore of Sam & Dave fame, plus soul star Teddy Pendergrass.

He was selected for Leadership Music in 1992 and graduated from the program in 1993.

He was diagnosed with advanced-stage prostate cancer in 2003.

Boyce released his final CD, The Messenger, in 2013 billed as Jesse Boyce & Vision.

When his cancer resumed and spread in 2016, he agreed to have his story told in the documentary film Intentional Healing. It premiered at the Nashville Film Festival earlier this year. It includes footage of him recording his song “Dance Again” with Phil Hughley (Gtar Phil) and UMG’s Black Violin.

Jesse Boyce died on Thursday, Aug. 17. He is survived by his wife Asieren; by children Jesse, Rosalind, Walden and Adrienne; by brother Tommy James and sister Dorothy Harris; by five grandchildren and by four great-grandchildren.