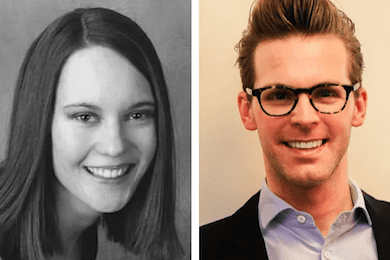 MusicRow announces the promotion of two of its team members, Jessica Nicholson and Eric Parker.

Jessica Nicholson has been promoted to Managing Editor for the publication and has been covering the Nashville music industry as part of MusicRow magazine since 2012. She previously served as a staff writer at Country Weekly magazine. Her music journalism experience also includes work with CCM Magazine.

Nicholson graduated from Belmont University with a degree in Music Business and Marketing. She is a member of the Country Music Association and SOURCE.

Eric T. Parker has been promoted to Operations Director, overseeing the production of six print magazines and expanding the internship program. Parker produces three annual events for the enterprise—the MusicRow Awards, Rising Women on the Row, and the MusicRow Meet & Greet and the CountryBreakout Awards—in addition to contributing editorial for print and online, overseeing subscription services and running the song tip sheet RowFax.

A California native, Parker graduated from the Mike Curb College of Entertainment and Music Business at Belmont University before being hired at MusicRow in 2010 to assist with the CountryBreakout Chart.

MusicRow Publisher and Owner, Sherod Robertson states, “I am convinced the single most important ingredient of a successful company is having the right team. Everything else depends on it. Each member of the MusicRow staff plays a critical role in our organization so I’m pleased to recognize the efforts of these two individuals who have been a part of MusicRow for many years.”

Robertson adds, “The resourceful and compelling content MusicRow produces each and every day is a testament to Jessica Nicholson’s unwavering ability as both a writer and managing editor. She has a tremendous ability to keep up with the many happenings on Music Row. Eric Parker’s passion for the industry far exceeded his part-time status at the company when I acquired the publication in 2010. That passion moved him into a full-time position shortly afterwards. With the experience he has gained over the last six-plus years, Eric has parlayed those skills into a valuable and important role in our company.”