For more than a decade, Dierks Bentley has brought his mix of party-ready tunes and thoughtful ballads to country fans, earning sold-out shows with songs such as “Feel That Fire,” “Riser,” “Drunk On A Plane,” “Free And Easy (Down The Road I Go),” and his latest, “Black.”

This year, Bentley’s 2017 What The Hell World Tour has been peppered with impactful moments.

During an April stop in Fresno, California, Bentley helped reunite a local military family. Sgt. Steven Mendez surprised his wife and two sons, after having been stationed overseas for nearly a year.

“That was so emotional,” Bentley tells MusicRow. “The dad was waiting behind this curtain. I’ve seen it happen on TV before, but I’ve never witnessed one before in person. The older son started crying and the younger son just stood there fascinated. Even talking about it now, it kind of wells me up just processing it. Everyone was crying and after the meet and greet we just had a private moment with all of them backstage. We asked them if we could bring it onstage and let everyone know what happened.”

That steely determination to win over the crowd each night, borne from years of playing small clubs across the country has stayed with Bentley as he has progressed to playing headlining shows in arenas and selling out amphitheaters.

The Platinum-selling singer-songwriter makes it his nightly goal to make sure the crowd is having as much fun as he and his band are having onstage, and he’s willing to go to some risky lengths to make that happen, such as keeping his security decidedly hands-off as Bentley makes his way through the crowd each night.

“When I was doing smaller shows and theaters, I was climbing railings, I would just do whatever I could, so when I got a chance to headline these amphitheaters, that’s a big part of the show for me. With Tom my tour manager and Jay my production manager, it took a few times to figure out how to do it because I don’t want anyone around me. I don’t want security, I don’t want anyone pushing people around. I’d rather risk bodily harm than have anyone be pushed or shoved. I’m dancing with girls in the aisles; I’m giving massages to the security people, like chop sueys on their backs.” That hands-on mantra does lead to some pretty unexpected moments, such as when, during a show in Tampa, Florida, a father handed his newborn child to Bentley.

“I thought it was a beer, but it was a baby about the size of a tall boy. I was shocked and it’s perfect because you are looking for spontaneous things to happen every night. That, like, exceeds anything I would ever expect. The look on the father’s face just makes it. He was so excited. The kid is going to look back and be like, ‘Dad, what the hell were you doing?’”

Sometimes his drive to bring fans new and unexpected experiences can lead to some slightly devious actions. Throughout the tour, Bentley and his bandmates disguised themselves as a bluegrass band, opening their own shows with a mix of bluegrass numbers, old-school country tunes and southern rock.

“I love bluegrass music and the guys in my band are some of the best acoustic musicians. Our guitar player played with Ricky Skaggs and is amazing on acoustic guitar. We just started scheming. That first time, even now, I’m more nervous doing the bluegrass gig than doing my own show. You go out there unannounced and fans are all excited thinking that it is Jon Pardi and they are like, ‘Oh, what’s this.’ If we don’t announce it, nobody knows who I am because I kind of stand off to the side and we have to win them over to the music. “ Dierks Bentley and band disguised as a bluegrass band on tour

During a show in Raleigh, Bentley invited his son Knox to join them.

“I need to get him a guitar next year because I have a feeling the bluegrass band is going to expand a member or two.”

After bringing Jon Pardi out on the road with him two years earlier, Bentley again has the “Dirt On My Boots” singer joining him for his What The Hell World Tour.

“He’s made a great record,” Bentley says. “We have the best time on the road. He’s a goofball and will do anything. We were playing Faster Horses and they had a pool set up backstage. My whole thing is ‘Say yes to everything.’ So I was walking by the pool and there were these girls who were teaching standup paddleboard yoga and I was like, ‘Why not?’ So I called Jon over there. It was really funny. He’s been a big part of the tour.

The camaraderie between Bentley and his opening acts stems in part from Bentley handpicking his openers, each of whom he says he calls personally to initiate conversations about the tours. Even moments that have long been part of Bentley’s show, such as stage diving or bringing fans onstage for a shotgun race, provide unique points where anything can happen.

“Shotgunning with fans, I’ve thought about taking that out of the show because I’ve been doing it so long. I feel like fans can come to expect it,” Bentley says. “But once you get them onstage, you never know what is going to happen. Someone has peed their pants because they are so nervous. I’ve had people throw up. One girl just poured the beer all over herself, and I was using my shirt to wipe them off so they could go back into the crowd. It’s become a signature thing we do and I’d hate to lose that.

“Same thing with stagediving, which we do every night. It’s not the most comfortable thing to do because you are diving into people and you wonder, ‘Are they going to catch you? What are you going to do when you get down there, how are you going to get back up? But when you get back onstage, it’s like, ‘Yeah! We did that together. I trusted you and you supported me and it’s a thread that knits this whole experience together.” Dierks Bentley shotguns with a fan in West Palm Beach

Though his What The Hell World Tour is nearing its final tour stops, and Bentley is gearing up to return to the studio, he says he already has some ideas for making his next tour just as memorable.

“I have a ‘90s cover band as well—Hot Country Nights—so that could be an option next year. It’s something we’ll try to hold on to. We come to these venues and it’s ours for the day, so we want to make the most of it.

“I think subconsciously, fans can tell when the lead singer is having more fun than anyone else onstage. It never feels like we are putting on a show, it’s like we are having an experience show. It’s like a hockey game, every night we’re trying to get a win.” In Cleveland, Bentley holds a bra from a fan onstage. Bentley dances with a security guard during a tour stop in Ottawa, Canada. During a stop at the Faster Horses Festival, Bentley helps reunite two fans that saved each other’s lives via a kidney transplant. Elle King performs with Bentley at the Stagecoach Festival Bentley enjoys some time off on tour, playing hockey during a stop in Saksatoon, Canada. 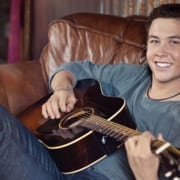 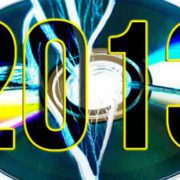