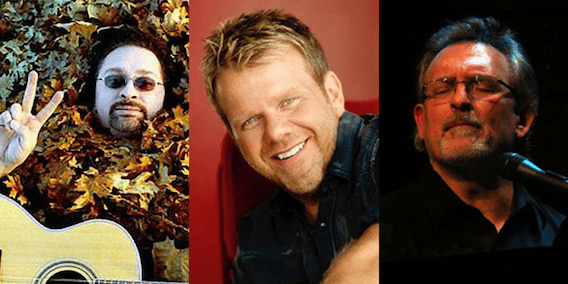 Songwriters Mike Reid, Don Henry and Wendell Mobley are confirmed for the next Hits From the Hall concert at City Winery on Tuesday (June 21). Proceeds will benefit the Nashville Songwriters Hall of Fame.

The show begins at 6:30 p.m. Tickets are $20 for downstairs seating and $30 for limited upstairs VIP seating.

Henry’s hits include Miranda Lambert’s “All Kinds of Kinds” and Kathy Mattea’s “Where’ve You Been.” Mobley’s catalog includes Jason Aldean’s “Tattoos on This Town,” Kenny Chesney’s “How Forever Feels” and “There Goes My Life,” Randy Houser’s “How Country Feels,” and Rascal Flatts’ “Banjo,” “I Melt” and “Take Me There.”

Reid, a 2005 inductee into the Nashville Songwriters Hall of Fame, has written Tim McGraw’s “Everywhere,” Ronnie Milsap’s “Lost in the ‘50s Tonight,” “Smoky Mountain Rain” and “Stranger in My House,” Bonnie Raitt’s “I Can’t Make You Love Me” and Wynonna’s “To Be Loved By You.”