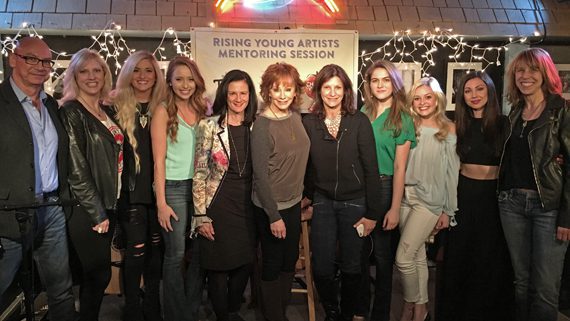 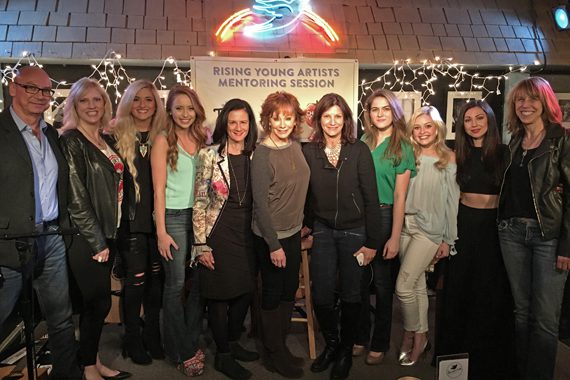 Reba McEntire is no longer managed by Narvel Blackstock, her former husband and manager for over 25 years. The news came during a FAQ session at the first Change the Conversation Presents: Rising Young Artists Mentoring Sessions, a Q&A event held at the Bluebird Cafe last night (March 29).

Blackstock and McEntire divorced in 2015. At the time, it was reported the two would continue their working relationship, which began in 1988.

The international star will maintain management offices at 40 Music Square West but will direct her own career as President of Reba’s Business Incorporated (RBI) with team members including Carolyn Snell (Associate Manager/Tour Manager), Leslie Matthews (Brand Manager) and Theresa Connelly (controller). Justin McIntosh continues in his role as VP, Creative & Marketing for Starstruck in addition to RBI.

“I thought it was a good time now to break free from management,” explained McEntire. “My team at Starstruck, which is now RBI, joined together and had a powwow at lunch [brainstorming] ideas. Then we took our list to Nash Icon and they were so excited because we were willing to do things that we hadn’t got to do before. If there was something they asked for in the past, [let’s] bring it up again.

“We all get along and love the business. We’re always trying to find out new ways to do things.”

Blackstock will continue to lead Starstruck Entertainment, managing the careers of Blake Shelton, Kelly Clarkson and Caroline Kole. There was no comment on whether McEntire will retain any ownership in that company she founded with Blackstock, or its studio and relaunched writers group. 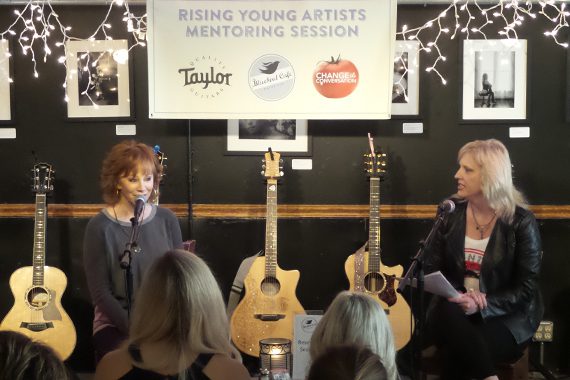 Change the Conversation began in under the leadership of Tracy Gershon, Leslie Fram and Beverly Keel surrounding the “Tomatogate” incident of 2015 where radio consultant Keith Hill compared women in country music to the garnish on a salad. In response Reba jokingly offered, “Tomatoes are more nutritious than lettuce.” 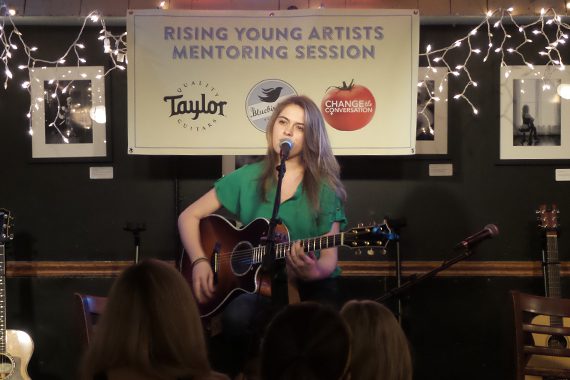 Best Advice
“I don’t get a lot of advice. The advice I got early on was show up, be on time, know what you’re suppose to be doing and be directable. You know in your gut when advice is good, or if you need to take it with a grain of salt.”

On Supporting Other Women
“Girls have to pull together and be supportive. That’s not only artists, that’s publicists or anyone working at the label. Give [women] words of confidence, hope or encouragement. For us girls, it’s all about teamwork and perseverance—work harder, because you’re gonna have to. It is a man’s world, that’s just the way it is. I grew up in a rodeo cowboy mentality on the ranch. You just put on a pretty little smile, don’t bitch about it, just work sometimes three times as hard.”

Best Decision
“To follow my gut. I think that’s the Holy Spirit talking to me. Sometimes I can hear it because it’s a thought—it’s really audible.”

On Critics
“Critics aren’t running the race. They’re not on the stage sweating bullets when they can’t remember the words or worried if the dress zipper will stay together. Sometimes you can learn from them though.”

Evolution of The Female Role
“I started in ’76. That was right on the heels of women needing to do something other than being in a radio station taking up time. I opened shows for [male acts] and it was an honor to get to do that, but my goal the whole time was to be the headliner. That’s why I worked so hard. No matter what men said in radio stations or reviews, I kept going. Because I wanted to stand on stage and sing ‘Is There Life Out There’ and women hold up their diplomas and say, ‘Because of that song, it inspired me to go on.’ Touching the hearts of other women to get through a bad time in their life is so much more important than a No. 1 record.”

Social Media
“I think social media is to be funny and friendly—it’s personal. If you put too much business, it doesn’t work as well as if you post something outlandish—anything that has heart. People just want to see realness.”

Mistakes Of Young Artists When Building A Career
“Moving too fast—but that’s not only their fault. Our business is fast. If you don’t make it quick, you’ll be let go. I was in trucks and U-Haul trailers with vans that leaked for years. Now people get the first-class treatment early where all that money is spent on the front-end. The way I see it, money management is not done correctly. PolyGram Mercury was so sweet to keep me on their roster and train me early on. Every single went a little bit closer to that No. 1 spot. After six or seven years I got a No. 1 record. Unfortunately, that won’t happen today.”