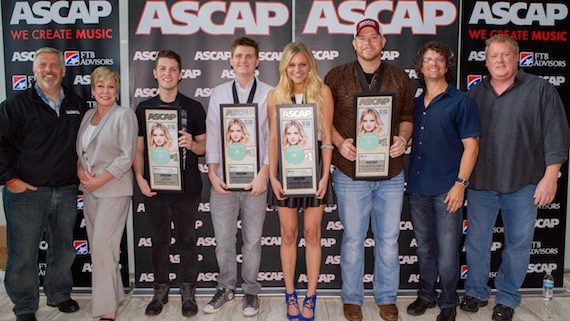 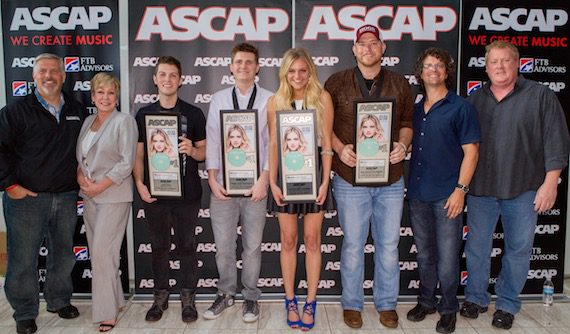 It was a celebration of “firsts” at the ASCAP building in Nashville on Monday, Aug. 10. Black River Entertainment’s Kelsea Ballerini scored her first No. 1 as an artist and songwriter with her hit “Love Me Like You Mean It.” It is the debut single from Ballerini’s first album titled, The First Time.

The three other co-writers on the song, Josh Kerr, Forest Glen Whitehead, and Lance Carpenter, were also recognized as No. 1 songwriters for the first time.

Additionally, Whitehead was credited for his first No. 1 as a producer.

Black River Entertainment’s label team can also now say they have a No. 1 single.

“Love Me Like You Mean It” also marks Ballerini as the first solo female to take her debut single to No. 1 since Carrie Underwood’s “Jesus, Take the Wheel” in 2006.

During the event, Michael Martin and Mike Sistad of ASCAP welcomed the crowd and introduced the song’s publishers to honor their writers. Taking to the mic were Parallel Entertainment’s Tim Hunze and Black River’s Celia Froehlig.

Also on hand to speak were CRB’s Bill Mayne, Country Aircheck’s Lon Helton, and Brandi Simms of the CMA.

Lance Carpenter encouraged everyone to “Get your tissues out because I got mine.” He remembered the writing session for the song as a “fun night” and was “thankful to be standing up here today.”

Josh Kerr also shed proud tears as he described that day as a dream come true and simply unbelievable. Kerr is also a co-writer on Ballerini’s current single “Dibs,” and two other songs on the album.

Forest Glen Whitehead thanked Ballerini for allowing him to produce the song.

As Bellerini spoke to the crowd, she said that it’s important to always look forward, and added that it is equally important to not forget to look back. “I look back and remember that this song wasn’t supposed to work, but it did,” she said. “Looking back is so beautiful. I love you all and I mean it.” 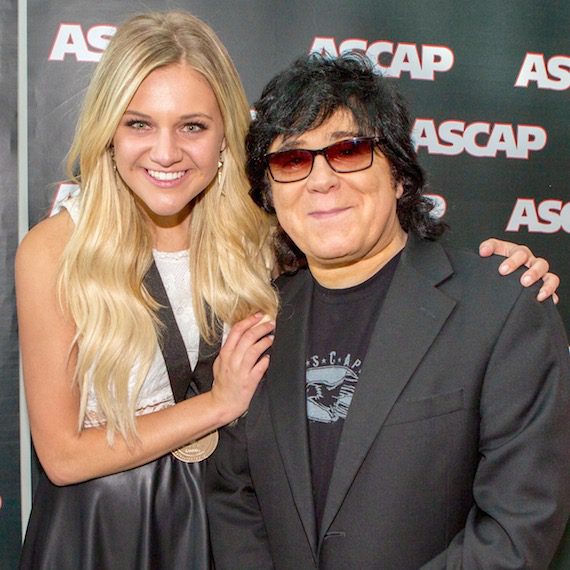