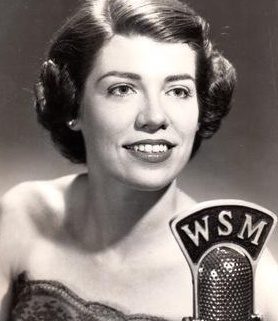 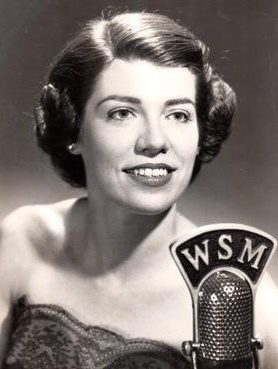 Singer Dottie Dillard, one of the cornerstone figures of The Nashville Sound of the 1950s and 1960s, has died at age 91.

Dorothy Ann Dillard was born and raised in Springfield, Mo. She graduated from Drury College in 1945. She auditioned for WSM radio in Nashville that year and became a regular pop-music vocalist on the station.

In 1955, she formed The Anita Kerr Quartet as the alto vocalist alongside soprano Kerr, tenor Gil Wright and baritone/bass Louis Nunley. Producers Owen Bradley and Chet Atkins were soon using them as studio background singers.

The Anita Kerr Quartet and The Jordanaires helped to soften the country sound and make it possible for records to become pop as well as country hits. It is estimated that Dillard sang on one quarter of all the records made in Nashville in the 1960s.

The Quartet also gained fame under its own name. In 1956, the group commuted to New York and won on the nationally televised Arthur Godfrey Talent Scouts show. They subsequently became regularly featured vocalists on it.

Back in Nashville, the group had a string of releases on Decca and RCA Victor, including “Rockin’ Chair,” “Once in a While” and “You and the Night and Music.” Billed as “The Little Dippers,” they scored a top-10 pop hit with “Forever” in 1960. In 1962-63, the singers made the lower reaches of the pop hit charts with “Joey Baby” and “Waiting for the Evening Train.”

The Anita Kerr Quartet was part of the ground-breaking 1964 country package tour of Europe alongside Jim Reeves, Bobby Bare and Chet Atkins.

In 1965, the group’s LP We Dig Mancini won a pop Grammy Award and its collaboration with George Beverly Shea on Southland Gospel Favorites won a gospel Grammy.
Kerr left the group and moved to California around 1966, but Dillard, Nunley and Wright continued working in Nashville studios with substitute soprano vocalists.
After a 36-year career in Nashville, Dottie Dillard returned to Springfield in 1981 to care for her mother.