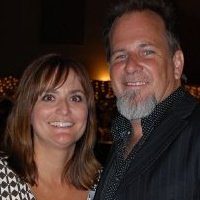 Angie Crabtree Reynolds, who worked as Interactive Marketing Manager for the Grand Ole Opry (2002-2011) and prior to that in creative services for the CMA, passed away at her home in Nashville on May 24. The 44-year-old had been fighting cancer, a battle she had bravely won once, more than 12 years ago.

She was married to Robert Reynolds, formerly of The Mavericks.

Born on April 22, 1971 in Jackson, Miss., she graduated from Mississippi College in Clinton, Miss. before moving to Music City in 1995.

In addition to her widower, Angie is survived by her mom and dad, Sylvia and Charles Crabtree of Tavares, Fla.; sister Lori Crabtree Plegge and brother-in-law Cliffe Plegge of Little Rock, Ark.; nephews Kevin Reed of Thief River Falls, MN and Brett Reed of Little Rock, Ark. and a large circle of friends.

In lieu of flowers, memorial donations can be made in her honor to Nashville’s Monroe Harding or to Turnip Green Creative Reuse.