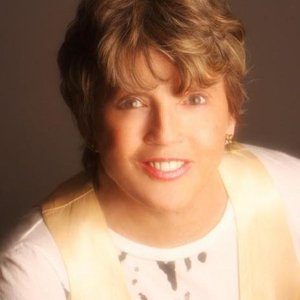 Sandy Mason Theoret was a native of Birdsville, PA, a town near Tarentum northwest of Pittsburgh. She was a child performer on Pittsburgh radio and TV. By the time she was in her teens, she excelled as a pianist, comic, singer, guitarist and ventriloquist. She became an alumnus of The Pittsburgh Playhouse, Western Pennsylvania’s top venue for training stage performers.

By the age of 20 in 1963, Mason was in New York recording for Roulette Records and working as a ventriloquist at a club called The Boulevard Room. During her 1963-64 booking at The Conrad Hilton Hotel in Chicago, she revamped her act from ventriloquist to singer. Returning to Pittsburgh, she landed her own local television show in 1965.

She first attracted attention in Nashville by being signed to Hickory Records in 1966. Her Hickory single “There You Go” appeared on the country charts in 1967. She subsequently released singles for Epic, Mercury and JMI in the early 1970s.

Her songwriting career took off in the late 1970s. After Gayle sang Mason’s “When I Dream,” the song was recorded by more than 70 other artists. Mason’s “Only Love” was popularized by Don Williams, Roger Cook and John Prine, the latter two of whom were her co-writers on the song. Another perennial favorite was “All I Want to Do in Life,” which was recorded by George Jones, Jack Clement, Gayle and Marianne Faithfull. Mason co-wrote it with Allen Reynolds, her most frequent collaborator.

Debby Boone and Paul Anka both recorded her “I’d Even Let You Go.” Pat Alger co-wrote and recorded “You’ll Come Back to Me.” Petula Clark recorded Mason’s “Feel the Love Go Round.” Johnny Cash recorded “After All.”

Sandy Mason sang backup on records by Cash, as well as Gayle, Prine, Brooks and others. Her own recording career resumed with the 1982 LP Only Love.

She co-wrote “Two Pina Coladas” with Shawn Camp and Benita Hill. It became her biggest hit and again led to recording her own albums. There Goes That Song Again (2001), Romance (2003), Angels in Disguise (2004) and Out There and In Here (2008) captured her distinctive performing style.

Sandy Mason’s music was never easily classified. Roger Cook described her songs as being “between The Beatles and George Gershwin.” Her amusing, self-deprecating, pixie-like musical personality frequently charmed audiences at The Bluebird Cafe, Douglas Corner and other local venues.

Sandy Mason left Nashville after being diagnosed with pancreatic cancer several weeks ago. She reportedly declined aggressive chemo therapy, opting to let the disease take its course as she reposed in Florida.