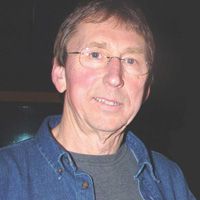 The Commercial Appeal newspaper in Memphis reports that Emmons passed away of undisclosed causes at a Nashville hospital. As a member of The Memphis Boys, he is a member of the Musicians Hall of Fame.

Bobby Emmons is equally well known on Music Row as the co-writer of such BMI award-winning hits as Waylon Jennings’ “Women Do Know How to Carry On” and “The Wurlitzer Prize,” Tanya Tucker’s “Love Me Like You Used To,” George Strait’s “So Much Like My Dad,” B.j. Thomas’s “Help Me Make It to My Rocking Chair” and Willie Nelson & Waylon Jennings’ “Luckenbach, Texas (Back to the Basics of Love.)”

Born in Corinth, Miss., Bobby Emmons first gained prominence as a member of The Bill Black Combo in Memphis in the late 1950s. His skills on piano and organ made him a key member of the band that formed under producer Chips Moman at American Studios in Memphis in the 1960s. 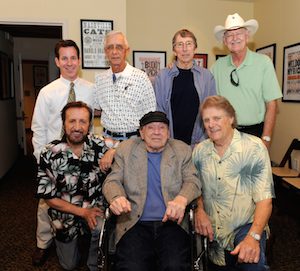 He also blossomed as a songwriter in Music City. Among the Nashville artists who have recorded his tunes are Billy Swan, Ray Price, Jimmy Dickens, Ricky Skaggs and Johnny Russell. In addition to the titles listed above, notable Bobby Emmons compositions include “Cowboys Don’t Shoot Straight Like They Used To” (Tammy Wynette), “Staring Each Other Down” (Brenda Lee, Willie Nelson), “Cactus and a Rose” (Gary Stewart), “It’s Midnight, Do You Know Where Your Baby Is” (Sandy Posey), “May I Borrow Some Sugar From You” (Billy Joe Royal, John Wesley Ryles, Waylon Jennings), “Partners After All” (Willie Nelson) and “Say It With Love” (Dan Penn).

Funeral arrangements have not been announced. A memorial service is in the planning stages, according to The Commercial Appeal.