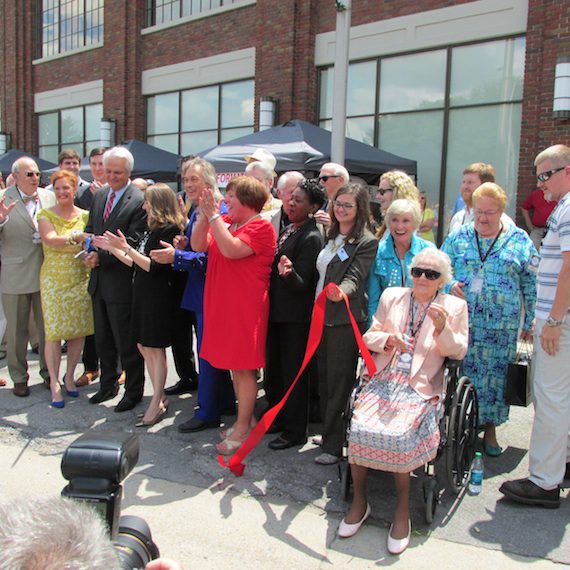 In the summer of 1927, Victor Records talent scout Ralph Peer discovered two of country music’s most enduring superstars, and that historic event is commemorated in a new museum.
Bristol, the small Appalachian city that straddles the state line between Tennessee and Virginia, staged a weekend celebration for the opening of its Birthplace of Country Music Museum. Affiliated with the Smithsonian Institution, the $12 million museum honors Jimmie Rodgers, The Carter Family and the other 17 artists recorded by Victor during those 1927 recording sessions. The Bristol Sessions have been called “The Big Bang of Country Music.”
“Pretty soon, people around the world will know that Bristol is the birthplace of country music,” said Leah Ross, the new facility’s executive director.
“What happened in 1927 impacted all kinds of genres of American popular music,” added museum director/curator Jessica Turner. By opening the state-of-the-art museum and re-branding Bristol as The Birthplace of Country Music, the city hopes to benefit from music tourism, just as Nashville and Memphis do.
“The economic impact of this museum is $50 million over the next five years,” declared Virginia Governor Terry McAuliffe. “Tourism is the No. 2 industry in Tennessee,” agreed Tennessee Commissioner of Tourism Development Susan Whitaker. “It has had a $16.2 billion impact over the past seven years.” 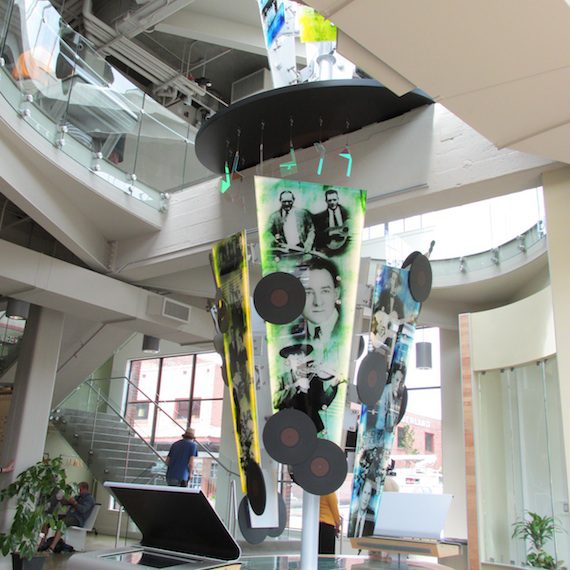 Artwork greets visitors in the lobby of the new museum. Photo: Mary Bufwack

“I’ve been thinking about this all week long,” said country star Carlene Carter, who is the granddaughter of Maybelle Carter of The Carter Family. “What a wonderful, wonderful gift to the city of Bristol.”
“This is a fantastic moment,” said Tennessee Lt. Gov. Ron Ramsey. “I’m just proud to be a small part of this.”
Ramsey, a native of Bristol, secured Tennessee money for the project despite the fact that the museum is technically in Virginia. State Street runs through the center of the town. Tennessee is on one side of the street, and Virginia is on the other. The 1927 Bristol Sessions were held in a hat factory on the Tennessee side. The museum is 50 yards away on the Virginia side.
For many years, those historic sessions were not acknowledged by the community, although then as now, the area is home to a large pool of country talent. “I always thought Bristol should be as big as Nashville, musically,” said Grand Ole Opry star Jesse McReynolds. His grandfather was the fiddler in the Bull Mountain Moonshiners band recorded during the 1927 Bristol Sessions. The opening-weekend activities began with a media day on Friday. Visitors viewed the 12,000-square-foot museum’s films and tried its interactive displays.
John Carter Cash narrates the introductory film, Bound for Bristol. In the next gallery, touch screens and listening stations deal with Appalachian geography and the Bristol Sessions participants. Acoustic instruments and their histories are the subjects of both display cases and a film. Gospel music is also dealt with in both modes.
Another interactive station demonstrates the many versions of Bristol Sessions songs, including ones by modern artists such as Natalie Merchant and Nirvana. At a karaoke station, visitors record their own versions of the songs, which sometimes result in attempts to yodel like Jimmie Rodgers. Gov. McAuliffe recorded the Carters’ “Single Girl, Married Girl.”
A radio room contains antique memorabilia, but will also serve as the studio for WBCM, the museum’s radio station. A nearby screen shows TV footage of folk stars performing old-time music alongside framed posters of films such as Bonnie & Clyde, Deliverance and O Brother Where Art Thou. One station teaches the art of audio mixing. The finale theater is “an immersion experience” called The Unbroken Circle with a curved screen showing multiple images of contemporary performers saluting their roots.
Outside the museum, a fine-art print and a new “Take the Stage” bronze statue both saluted the museum’s grand opening.
In the facility’s theater, a revived Farm and Fun Time radio show was taped for WBCM’s inaugural broadcast in October. The original Farm and Fun Time aired over Bristol’s WCYB from 1946 until the early 1960s. A circular display in the exhibit hall. Photo: Mary Bufwack.

The revival show co-starred Opry artists Jesse McReynolds and Ralph Stanley, both of whom were regulars on the original Farm and Fun Time (as members of Jim & Jesse and The Stanley Brothers, respectively). The Blue Ridge Entertainers, an old-timey duo consisting of Kris Truelsen and Coleman Aiken, were also featured. McReynolds played “Johnny Goodwin,” the tune his grandfather played during The Bristol Sessions, on the same antique fiddle that was used on the recording.
Saturday’s official ribbon-cutting ceremony was attended by Georgia Warren, the last living participant in The Bristol Sessions. Now 98 years old, she was an 11-year-old who sang in the 1927 choir that Peer dubbed The Tennessee Mountaineers. In the museum, she readily sang along with the recording of “Standing on the Promises” that she made four score and seven years ago.
“I’ll be 99 in November,” Warren said. “I’ve lost my memories of a lot of things, but sometimes that day comes back.
“There were six girls in our family, but I was the only one who would sing with my daddy.” She recalled being frightened to be recording in the dark factory building and holding her father’s hand throughout the songs. After the ribbon cutting, Warren sang “Amazing Grace” with the media. “I’ve sung in choirs all my life,” she said.
“This is special to me. I appreciate y’all doing all of this. I never thought it would be as big as this. It means a lot to me.” 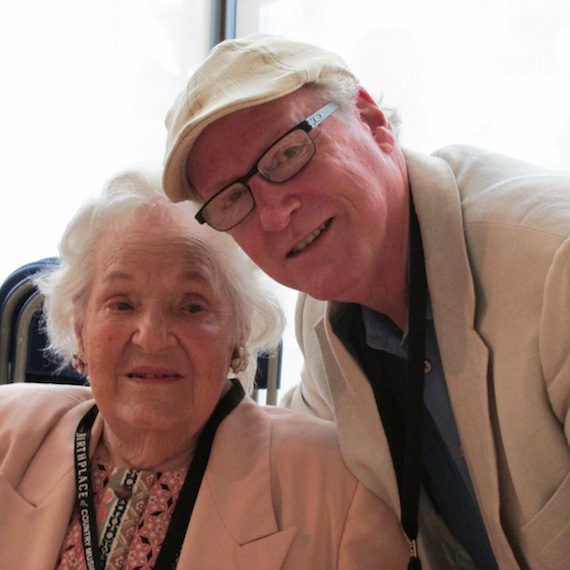 Also attending the ribbon cutting was Hee Haw’s Roni Stoneman. Her parents were recorded during the Bristol Sessions. Because the Stonemans already had recording success by 1927, Peer used Pop Stoneman to recruit others to the sessions.
Roni Stoneman, Carlene Carter and Jim Lauderdale were among the entertainers that evening during the grand-opening weekend. Carter performed such Carter family favorites such as “The Storms Are on the Ocean,” “I’ll Be All Smiles Tonight” and “My Dixie Darling” from her new Carter Girl CD. She accompanied herself on guitar, playing in her grandmother’s style.
“I’ve been dong this since I was 16,” she said. “If you were a Carter girl, they threw you on the stage, and if you could sing at all, you stayed.”
“We’re going to try and continue the ‘Circle’ that was started here,” promised Lauderdale.
The first Carter Family recording session was on Aug. 1, 1927. In the remote Maces Spring mountain community 20 miles east of Bristol, the old Carter homestead celebrated that anniversary with a two-day festival. Maybelle’s granddaughter, Lorrie Carter Bennett, headlined. The festival was organized by Rita Forrester and Dale Jett, the grandchildren of The Carter Family’s Sara and A.P. Carter. This was the 40th anniversary of this annual gathering.
Abingdon, VA, 13 miles north of Bristol, was also staging a weekend arts event, The Virginia Highlands Festival. A crowd gathers to celebrate the opening of the museum. Photo: Mary Bufwack 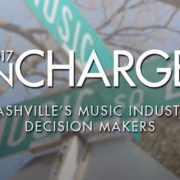 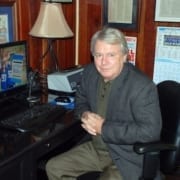