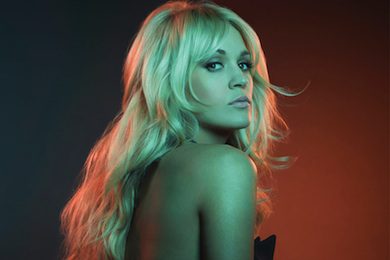 The CMA Music Festival is off and running, even though it hasn’t “officially” begun. The Willie Nelson & Friends Museum was the first out of the starting gate with an event. On Monday (June 3), this attraction next to the famed Nashville Palace out on McGavock near Opry Mills showcased its new museum displays. Highlights include fabulous Bob Mackie-designed stage costumes for Dottie West and a Lefty Frizzell suit once loaned to George Jones. There’s a bunch of other stuff, including items relating to Kenny Rogers, Opry stars galore and, of course, Willie Nelson.
“They’re responsible for everyone who has a career in country music today,” said Statler Brother Jimmy Fortune, referring to the historic acts behind the historic artifacts. He, plus Jeannie Seely, Shelly West, David Frizzell and Jett Williams were booked to take part in a panel discussion in conjunction with the party.
Meanwhile at the Wildhorse Saloon (June 3), Darius Rucker was staging his annual St. Jude’s Children’s Research Hospital benefit concert. Joining him were Randy Houser, Dustin Lynch, Justin Moore and others. There’s a golf tournament and a celebrity charity auction associated with this, too. It has often been referred to as the unofficial kick-off event of the festival.
The action shifted to the CMA office on Music Row on Wednesday morning (June 4). The “biggest” star of the fest was there. That would be Levi, a 2,000-pound Clydesdale horse who stands 6’3” at the shoulder and must be eight or nine feet high if you measure him up to the tips of his ears. He was there to pick up his “credentials” for the event on behalf of his fellow Budweiser Clydesdales.
CMA staffers hung an extra-long lanyard around his neck, to which an oversized laminate was attached. Here’s where the hard part came. You’re supposed to sign for your credentials. The original plan was to have Levi put a hoof on a dinner plate filled with red paint and then have him stamp his “signature.” Alas, his hoof was way too big to fit on the plate. So Plan B went into effect: One of his size 16 horseshoes was pressed into the paint and then placed on a large piece of cardboard.
On hand for this history-making event (no animal, to my knowledge, has ever picked up festival credentials at the CMA) were Steve Moore, Tom Collins, Sheri Warnke, Brenda Lee, Melissa Maynard, Tanya Taylor, Aaron Hartley, Rosemary Young, Wendy Pearl, Shannon-Leigh Turbeville, Maria Eckhardt, Brandi Simms, Fox 17’s Kelly Sutton, and crews from RFD-TV, News Channel 5 and other outlets. That evening (June 4), we gathered at the Country Music Hall of Fame & Museum to celebrate the opening of the Carrie Underwood “Blown Away” exhibit. The artifacts are drawn from the star’s international touring extravaganza that swept the U.S., Australia, England and Ireland.
“This is the space where country music’s masters are honored and celebrated,” said Kyle Young greeting the guests in the Hall of Fame Rotunda. “This very successful tour enabled Carrie to donate $1 million to the Red Cross for disaster relief in Oklahoma. Soon, she’ll be doing the opening song for Sunday Night Football.” He then introduced the 15-million-selling, six-time Grammy winner.
“Walking by the displays, people who came to see the show can relive those moments,” said Carrie. “I really can’t believe my stuff is hanging out there [in the museum] with artifacts of people who are so far beyond what I could ever hope to be.”
Schmoozing in the Rotunda and/or touring the new exhibit were Mark Bright, Hunter Kelly, Debbie Linn, Deborah Evans Price, Chris Horsnell, Scott McDaniel, Rob Simbeck, Allen Brown, Jay Orr, Jody Williams, Jerry & Ernie Williams, Lori Badgett, Liz Thiels, Steve Buckingham, Bob Paxman, Rod Essig, Tom Roland, Harold Bradley, Tina Wright, Ron Huntsman and Chase Cole.
In a week not noted for quality food, the catering was first-rate, featuring crab cakes with remoulade, veggie sushi, chicken salad on baby romaine leaves and a variety of breads and cheeses.
Meanwhile, out at the Opry House (June 4), they were throwing a “Welcome Home” party for Dancing with the Stars champion Kellie Pickler. Also on the Opry that night was second-place American Idol finalist Kree Harrison.
Downtown on Lower Broadway, thousands of fans were already taking in shows, shopping for souvenirs and generally making merry. Several stars are already staging fan club parties, and there are more special events than you can shake a stick at.
So, ready or not, Music City’s biggest fiesta is underway.