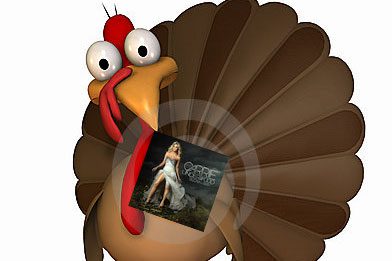 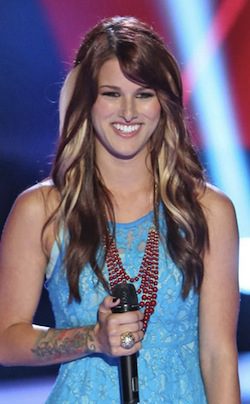 The Thanksgiving shopping spree reminds me of the Spanish saying, “Barriga lleno, corazon contento.” Literally it means, a full stomach makes a contented heart. And in some ways maybe that explains why right after Thursday’s turkey feast Americans rush to fill Black Friday’s retail coffers.

Thankfully the purchasing furor also extended to music as overall album sales leapt up 44% week over week and country album sales increased a welcome 80% for the same period. Of course savvy music marketers were waiting for shoppers with open arms and special values. For example, Amazon had $4.99 deals for Carrie Underwood (+349%), Chris Young (+198%), Jason Aldean (+157%) and Jake Owen (+320%). Kenny Chesney (+305%) and Miranda Lambert (+74%) were priced at $6.99. Walmart and Target had similar great deals.

There was also great news for Adele whose blockbuster album, 21 passed 10 million U.S. sales this week and Rihanna logged her biggest-ever first week sales with Unapologetic, which debuted at No. 1 on the Billboard 200 with 238,000 copies. So let’s scan the scans and see what happened to country’s music-makers.

The holiday spurred weekly sales of 1.62 million country album units moving the yearly stats handsomely from +2.5% to an increase of 3.1%. As the grid boxes show, country is doing much better than the industry overall which is -3.9% behind last year.

The power of reality TV has been previously proven with country music stars like Carrie Underwood, Miranda Lambert, Kelly Clarkson and newcomer Scotty McCreery. But this week we saw a first as The Voice finalist Cassadee Pope’s version of “Over You” topped the country track chart by a comfortable margin downloading over 152k units and pushing Florida Georgia Line and Taylor Swift to positions two and three, respectively. Pretty incredible to see a relative unknown topple the biggest superstars… Interestingly, Miranda’s version of  “Over You” also gained ground with an increase of 500% and 40,000 units to reach No. 7. 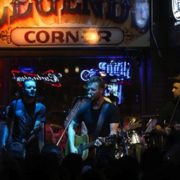