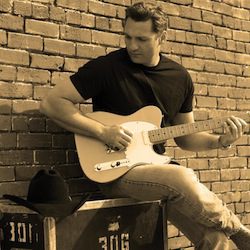 Members of the team that helped launch Wade Hayes’ career have reunited to release his latest single. Hayes penned the song “Is It Already Time” about his experience undergoing successful cancer treatment in the last six months. The single is available on digital outlets, with all proceeds going to the Colon Cancer Alliance. Hear it at wadehayes.com.

Hayes brought hit producer Don Cook, who was at the helm for his six Top 15 singles and the gold-selling albums Old Enough To Know Better and On A Good Night, out of retirement to produce “Is It Already Time.” Plans are in the works to record an album for release in 2013.

Play MPE has donated digital distribution of the single to country radio stations, and Dale Turner and Radio Informer have agreed to include the single free of charge on their September 17, 2012 Country Sampler CD. Audio PSAs are available to radio stations.

Cooper said, “It’s really amazing to see all of these people come together for the love of an artist and the sole purpose of helping him realize a simple dream of letting the world know the importance of getting tested for colon cancer.”