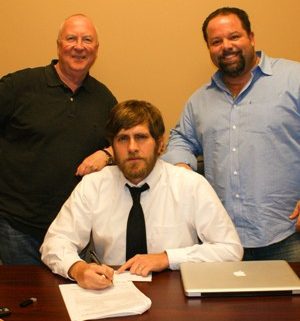 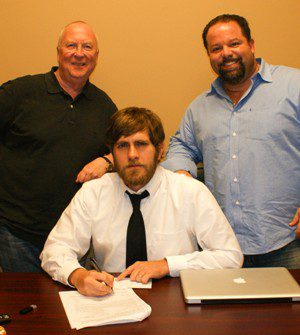 CTK, which also represents Dolly Parton, is headed by Pres. Danny Nozell. “The depth of Josh’s music and lyrics immediately sold me,” said Nozell. “He is an exceptional talent, and I couldn’t be more excited for what the future has in store for him.”

“I believe we have significant talent here with Josh, and The Agency Group looks forward to working with Josh and his whole team to bring the success he deserves,” added Neil Warnock, CEO of The Agency Group Worldwide.

Doyle won Guitar Center’s Singer-Songwriter competition earlier this year. Out of 17,000 submissions he was one of 10 artists selected by Shanks to perform at the final completion at Los Angeles’s Hotel Café in February. He was voted the overall winner and received a prize package including $10,000, an EP produced by Shanks, and gear from Fender, Taylor, Ernie Ball and Shure. Doyle was born in England but grew up in Antioch, Tenn., where he still resides.

“There was something unmistakable about Josh’s raw performance. The combination of his talent—that voice and impeccably crafted lyrics—struck a chord with me, making him the clear winner,” said Shanks.

“It’s been a whirlwind experience,” shared Doyle. “Sharing my music with other people is what I love to do, and with this competition Guitar Center and John Shanks are helping me do that on a larger scale than I could have ever imagined.”