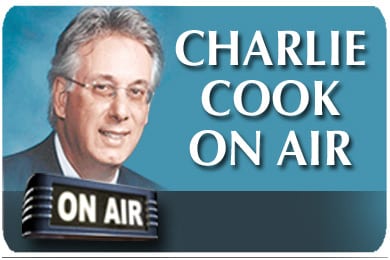 Sunday is Mother’s Day. This is a perfect opportunity to salute the mothers that make Country Music so special. We can start by saying that Country Radio is the mother of all radio formats but that would be too easy a line. Oh what the heck—I have already written it so I am just going to leave it in.

It is also an easy reach to talk about the Ryman Auditorium being the Mother Church of Country Music and “Mother” Maybelle Carter being the matriarch of the first family of Country Music. And lastly on this tack, Mother Country Music by Vern Gosdin—“The Voice” before there was The Voice.

The topic of the actual child-bearing mother has also played a significant role in the format.

Merle Haggard takes the pain on his shoulders for not turning out how Flossie had hoped in “Mama Tried.” If she had just taken the train to see Merle in prison, THIS would have been the perfect country song.

Johnny Paycheck took it a step further, saying Mama was a good woman except for how he turned out in “I’m The Only Hell Mama Ever Raised.”

Steve Wariner and Glen Campbell covered all the motherly duties in “The Hand that Rocked the Cradle.” A very similar topic was used for Jamie O’Neal’s ode to mama, “Somebody’s Hero.”

In the case of the Judds, the motherly duties included raising Wynonna on a moving bus. For a few years there the jury was out on how that was going to work but all is well and Wynonna’s crooning about a boy that was crazy for her was a huge hit.

My favorite country song about mothers was from 1974. Melba Montgomery left a lasting impact discussing whether mothers should be paid for all they do for their children in “No Charge.” I’ll bet that kid in the song wishes he could swallow the $15 invoice he tried to pass off for his chores. I’ll also bet that most mothers feel they are paid in full when their children become upstanding citizens of the world.

We can’t really put a price on 18 years (and many more today with kids moving back into their parents’ homes after school) but I can tell you that one of the best tear-jerking songs ever, “26 Cents” by The Wilkinsons, is the most outdated. I listened to it the other day and I am not sure if I teared up because of the mother/daughter relationship or because you cannot find a phone for 25 cents anymore.

This topic is more recently explored in Carrie Underwood’s “Don’t Forget to Remember Me” but the mother in this song apparently knows that a quarter is not going to get it done.

I love that Brad Paisley finds a way to tie in motherhood and the love he has for his children’s mother. Aren’t we all envious of how Brad sees things from another angle? Aren’t we all just flat out envious of Brad for about a thousand reasons anyway?

There are scores more Mother’s Day songs in the format and I would be remiss to exclude the one that most of the husbands should be thinking about regularly. Be sure that Trace Adkins is not the only one telling your wife that she is “One Hot Mama.”

I cannot fail to mention the mother of all mothers in the format. Andrea Swift has raised a beautiful young lady who has taken the musical world to new heights. Mrs. Swift has been at Taylor’s side through it all and we should take a second to thank her for being part of making Country Radio even more in the mainstream because of her marshaling abilities. 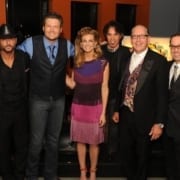 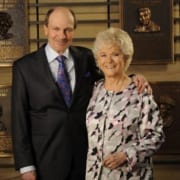 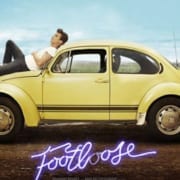