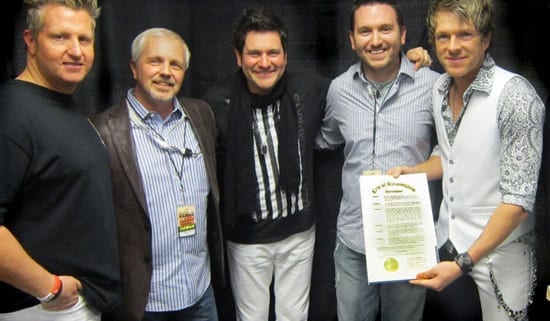 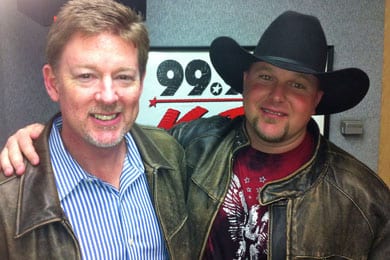 Darren Warren (NuCorp Entertainment) took a trip from his home outside Paducah, KY to Madison, WI’s WJVL to promote his "Cowboy Up and Party Down" single with PD/midday personality Ken Scott (L)

MARK YOUR CALENDARS
Country Radio Seminar 2012 is next week, and MusicRow will present its annual CRS Meet & Greet and CountryBreakout Awards Tuesday, Feb. 21 at Margaritaville. Attendees will be treated to excited performances from Marlee Scott, JT Hodges, and The McClymonts. Email Eric Parker for details on how to attend.

SPIN ZONE
Somebody, quick: I need a word for a place that one lives and stays, if not permanently, at least for a long time. Well whatever you call that, it’s the thing Dierks Bentley’s “Home” has found at the top of the CountryBreakout chart for the second straight week. Both Keith Urban’s “You Gonna Fly” and Martina McBrides “I’m Gonna Love You Through It” maintain their positions, but Montgomery Gentry’s “Where I Come From” and Taylor Swift’s “Ours” are encroaching.

It’s always nice to see some new faces arriving in the Top 20. It’s not Eli Young Band’s first trip, of course, but they’ve followed “Crazy Girl” with an even faster rising single in “Even If It Breaks Your Heart,” now at No. 17. On the other hand, it is the first time inside the Top 20 for MCA’s Kip Moore, whose “Somethin’ ‘Bout A Truck” is currently at No. 20. Just ahead of him at No. 19 is Zac Brown Band with “No Hurry.”

Despite some considerable chart movement, there aren’t a ton of new singles debuting. Luke Bryan is ahead of the pack with “Drunk On You” hitting No. 54. Tracy Lawrence is up next with “Pills” at no. 74, followed by Candy Coburn and “Don’t Walk Away” at No. 78. Filling the last chart slot is newcomer Thomas Rhett, whose “Something To Do With My Hands” has quickly caught programmers ears. 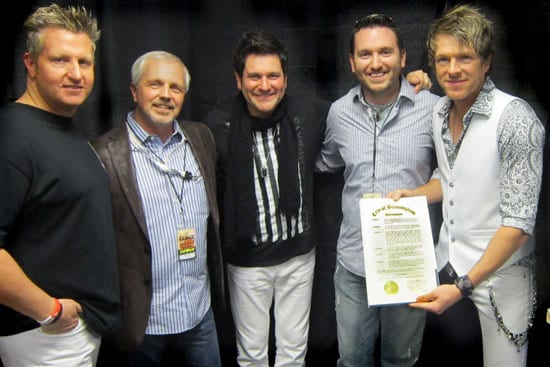 Birmingham’s WZZK/104.7, home of the syndicated "Rick and Bubba Show" worked with Birmingham Mayor William Bell to find a new home for Joe Don Rooney, whose Picher, Oklahoma hometown was dissolved in April 2009 by a vote. In June 2009 the Federal government issued the citizens checks so they could move from the city permanently. Joe Don Rooney was presented a proclamation making him a ‘Son of the City’ from the Mayor at Rascal Flatts' concert Feb. 10, where they were performing with Sara Evans and Hunter Hayes. The trio's "Banjo" lands at No. 13 on MusicRow's CountryBreakout Chart this week. 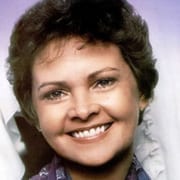 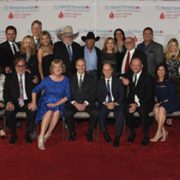 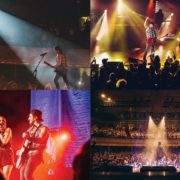 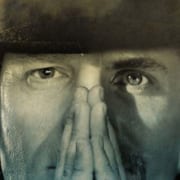 Pop Shined in 2010, But All Formats Face Changes