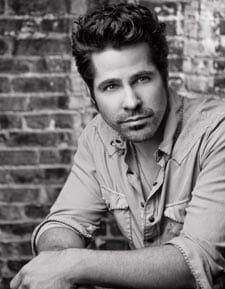 This has a certain “presence.” He’s not only a solid writer, but his vocal performance is up-close and personal, packed with personality and exuding confidence. The deep-twang guitar and driving production are also pluses. A star is born?
—Robert K. Oermann, MusicRow

Show Dog-Universal’s JT Hodges has released his second single “Goodbyes Made You Mine,” which he co-wrote with Ross Copperman and Jon Nite, to country radio. Official add date is Feb. 13.

A Texas native born to musicians who started Fort Worth’s first multi-track studio Buffalo Sound, Hodges grew up surrounded by music. Growing into his own as an artist and songwriter, he’s learned to mix the early rock sounds of Elvis and Jerry Lee Lewis with contemporary American twang-rockers like Tom Petty, John Mellencamp, and Don Henley. His first single for Show Dog-Universal, “Hunt You Down” made it to No. 24 on MusicRow’s CountryBreakout Chart and his forthcoming album was produced by Mark Wright, Don Cook, and Mark Collie.

“I just look forward to getting my songs and story to the people’s ears because I’m very proud of the record I’ve made,” says Hodges. “It’s true to me, and I think any artist would say he or she has no regrets and can hold their head high if that’s the case. I know I’m hitting the road now with mine up.”