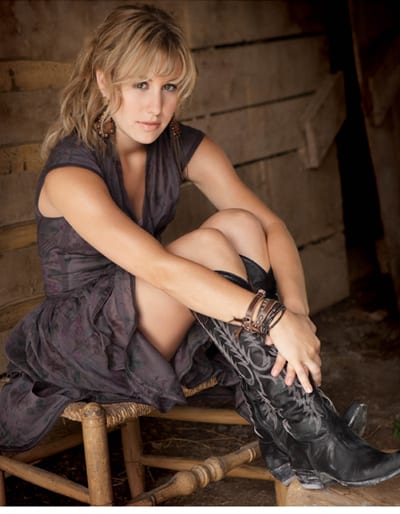 Columbia Nashville is proudly releasing “We Can’t Be Friends,” the new single from Joanna Smith, to country radio. The song was written by Brandy Clark, Shane McAnally, and Shelley Skidmore and produced by Buddy Cannon.

Smith was raised on a farm in tiny Crestview unincorporated, Georgia, and has displayed her rural roots in songs like “Farm Girl” and “Gettin’ Married.” After arriving in Nashville, she honed her live performance chops in front of the rowdy nighttime crowds at legendary Broadway hang Tootsie’s. She has landed a publishing deal with Sony/ATV-Monument, as well as opened for Glen Campbell at the Ryman Auditorium. Smith is currently working on her debut album for Columbia.

“I want to sing country songs that hard-working, real people can relate to,” says Joanna. “Songs that folks can connect with through the ups and downs of life.”