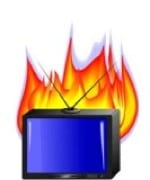 In the face of audience fragmentation, expanding entertainment options, and DVR infiltration, the opportunity to reach viewers watching live television is highly sought after. One-third of US households have DVRs, which means that they can fast-forward through commercials during a previously recorded program, much to the dismay of advertisers.

There are several reasons that live events remain attractive. For starters, fans want to know what is going on as it happens, this is crucial in sports, and also applies to devoted music lovers. Secondly, it’s exciting to know that millions of other fans all over the country are watching along too. This shared love among fans ties to another key point, which is the social media conversation going on simultaneously during a live program, creating awareness and driving tune-ins. Online or in person, people want to chat about what they think is exciting, and they can’t participate in the morning-after gossip if they didn’t see the show the night before. What’s the point of watching the season finale of American Idol on DVR? You already know Scotty McCreery won.

The best example of the importance of live viewing is skyrocketing Super Bowl ratings which make for outrageous ad prices. In 2011, the game was the most-watched telecast in U.S. history, attracting 111 million viewers (Nielsen). Getting a 30-second ad in front of that many consumers cost $3 million bucks.

Currently, the NFL is renegotiating the broadcast rights to its games, which averaged about 18 million viewers each last season. According to today’s Los Angeles Times, “The networks combined pay about $3.1 billion a year for the rights to the 16-game season, up 35% from their last deal. Although the NFL’s contracts with CBS, Fox, NBC and ESPN still have two years to run, the league would like to have new deals wrapped up by the end of this season, in February. The three broadcast networks could end up joining ESPN in paying 10-digit dollar figures per season in their next contracts.”