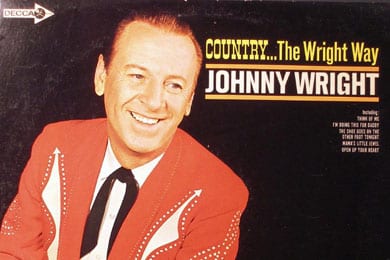 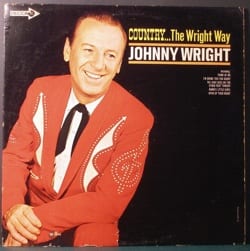 Country singer Johnnie Wright died this morning (9/27) at age 97 following a lengthy illness. He is known as a solo artist, as husband of female pioneer Kitty Wells, and as part of the duo Johnnie & Jack.

He was born Johnnie Robert Wright in Mount Juliet, Tenn. on May 13, 1914. Wells and Wright married in 1937 when she was 18, and formed a trio with her sister Louise, known as Johnnie Wright and the Harmony Girls. Louise later married Johnnie’s duo partner Jack Anglin. Also, Wells sang with Johnnie & Jack in the early ‘40s.

By 1947 Johnnie & Jack secured a regular spot on the Grand Ole Opry and went on to join the Louisiana Hayride. Signing with RCA brought the duo its biggest hits in the 1950s including “Poison Love,” “Cryin’ Heart Blues,” “Oh, Baby Mine (I Get So Lonely),” and “Goodnight, Sweetheart, Goodnight.” They were known for intertwining latin and calypso influences with their country sound.

At one point Wright even hired a young Chet Atkins as a fiddler, prior to his rise to fame as a guitar player.

Switching to Decca in the 1960s resulted in changing the spelling of Johnnie to Johnny. Anglin passed in 1963, and by 1965 Wright was working as a solo artist and scored the No. 1 “Hello Vietnam.”

He was a lifelong booster of his wife’s career, encouraging her to go by the stage name Kitty Wells, and guiding her business endeavors. He also steered her toward her career-making hit “It Wasn’t God Who Made Honky Tonk Angels.”

Later they toured with their children the late Ruby, Carol Sue, and Bobby as The Kitty Wells-Johnnie Wright Family Show. 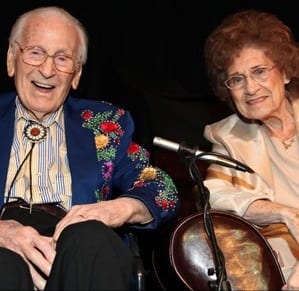 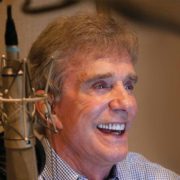 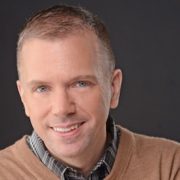 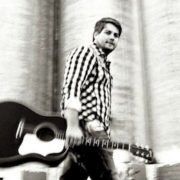 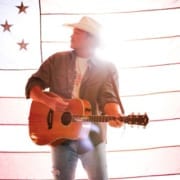