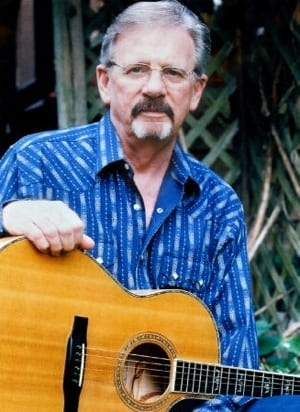 Charlie Craig, the songwriter behind “Wanted” and other gems, passed away on Friday, July 1. Co-written with Alan Jackson, the hit was one of several of Craig’s songs recorded by the artist. Craig was 73.
The South Carolina native also wrote “Between an Old Memory and Me,” recorded separately by Travis Tritt and Keith Whitley, and “I Would Like to See You Again,” recorded by Johnny Cash, Don Williams, and others. During his forty years in Nashville, Craig had cuts by Reba, Dolly Parton, Aaron Tippin, George Strait, Waylon Jennings and many more.
Friends remember the songwriter as a “talented, loving and loyal man.”
He was preceded in death by his wife Betty. He is survived by daughter Dawn, and two grandchildren.
Arrangements were handled by Bond Memorial Chapel in Mt. Juliet, Tenn. (615) 773-2663.
Visitation was held Saturday, July 2, followed by the funeral on Sunday, July 3.
In lieu of flowers, the family requests memorial donations to Vanderbilt Children’s Hospital.
See Charlie Craig’s website.