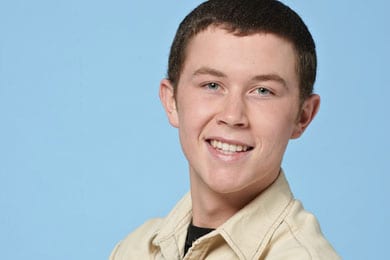 I can hardly believe my own eyes. What a shocker. One of the most unbelievable upsets in American Idol hist—okay, who am I kidding?
And so it came to pass that 17-year-old Scotty McCreery was named the second-youngest American Idol (following Jordin Sparks) in history last night (5/25). Scotty was the odds-on favorite for some time, and while I’m not exactly surprised at the results I have to give the guy kudos. He stayed his remarkably consistent musical course and let his aw-shucks charm capture the hearts of the voting population.
Even following the announcement of his win, he quickly and wisely chose his words: “I’ve got to thank the Lord first… he got me here.” If we can get him to start adding the phrase “country radio” in there somewhere, he’ll be all set for the CMA Awards.
Scotty was also quick to praise runner-up Lauren Alaina, as the two met nearly a year ago during the audition rounds. “Me and her have been together since day one and we are going to stay together.” Aww, you guys!
Results aside, it was an exciting finale event worthy of an exciting season. Finalist James Durbin took the stage with metal icons Judas Priest in a rousing medley of “Living After Midnight” and “Breakin’ The Law.” Durbin prowled the stage beside leather clad Priest frontman Rob Halford, living out many a metal fan’s ultimate fantasy. Many viewers–myself included–probably couldn’t help but wonder what a Scotty/James finale would have looked like after seeing this.
Then every big pop star for miles showed up. Lady Gaga performed “The Edge of Glory” on the literal edge of a gigantic rock formation stage prop. Beyonce performed two times–once with the Top 13 females and once solo on her new single “1 + 1.” Bono and The Edge performed with one of the Spider-Man Broadway musical cast members. Even Tony Bennett and a very tan Tom Jones dropped by, adding a touch of class to the proceedings. Judge J.Lo joined hubby Marc Antony and Sheila E. on a sizzling version of “Aguanile.” Judge Steven Tyler reaffirmed his rock god status by howling the Aerosmith classic “Dream On.”
At the beginning of Season 10, I questioned Idol’s relevance in the marketplace and ability to deliver a compelling program. I’m pleased to say I was entirely wrong. Judges Randy Jackson, Jennifer Lopez and Steven Tyler had great chemistry together, there were a couple of surprise eliminations mid-season, and I could even watch the results shows without putting my finger on the fast forward button.
Way to go, Idol. You’ve definitely earned my vote. 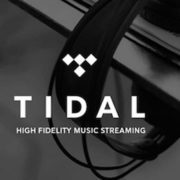 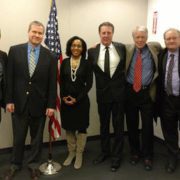