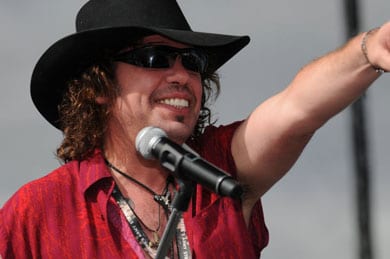 “It’s Still Country To Me”
Homage Records
“It’s Still Country To Me” is the new country radio release by Homage Records artist Sabastian Roberts. Veteran songwriter/producer Mark Oliverius teamed with Roberts to produce his debut full length album Unwanted Man, which includes highlights like the Lorrie Morgan duet “Dress For The Rain.”
“Working with Mark was simply incredible,” says Roberts. “His sheer musicality, his instincts for orchestration, it all helped make this album what it is.”
Roberts hails from Minnesota, where he grew up listening to a wide range of music and started performing live by the time he was 15. He played everything from blues to Top 40 to heavy metal, but his heart was set on country and in 2008 he set out for Nashville. His first studio EP, It Is What It Is, was produced by 80s hitmaker Tommy Tutone (“867-5309 Jenny”).
With the release of Unwanted Man, Roberts is poised to take the next big steps in his career. “Unwanted Man is a homage to the incredible talent in Nashville today, to the creative writers and talented musicians and to my wonderful producer who was so inspiring,” he says. “I’m ready to show my vocal ability and variety with the world and see what doors open next.”
http://www.sabastianroberts.com/
[wpaudio url=”https://musicrow.com/wp-content/uploads/2011/03/srbts-isctm.mp3″ text=”Sabastian Roberts – It’s Still Country To Me” dl=”0″ autoplay=”1″]